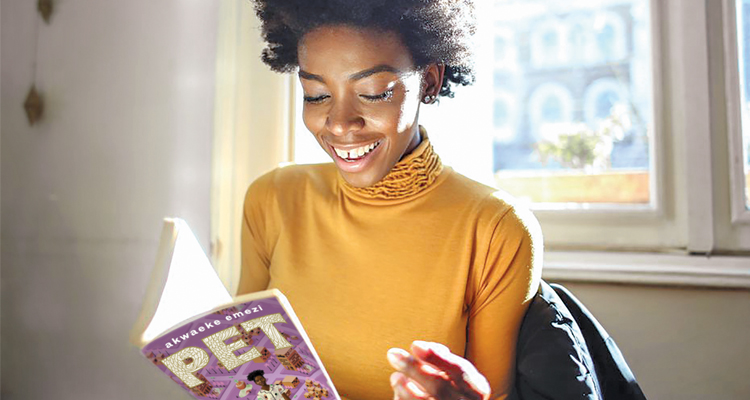 Read Your Way Through Cabin Fever

Maybe you aren’t quite in the mood to binge-watch TV shows or watch movies when the temperature plummets. Instead, you may feel tempted to read your way through the winter, diving into narratives that focus on queer characters. Here are a few titles to either get you started or add to your existing TBR pile.

If you’re looking for a quick, insightful, and illuminating non-fiction read, I highly recommend Vivek Shraya’s “I’m Afraid of Men.” At only 96 pages, the book focuses on Shraya’s balancing act of not being feminine enough as a girl and too feminine as a boy. The trans artist explores the nuanced themes of transphobia, homophobia, misogyny and psychological trauma. Prepare to question your definition of gender, and maybe even your own identity.

“An Unkindness of Ghosts”

In Rivers Solomon’s “An Unkindness of Ghosts,” readers embark on a spacefaring vessel arranged much like the antebellum South, with darker-skinned passengers on the lower decks and lighter-skinned passengers inhabiting the top. The main character, Aster, is neurodivergent and gender nonconforming. She also finds herself sparking off a civil war against the ship’s leaders and their oppressive moral restrictions.

“Sorcerer of the Wildeeps” and “A Taste of Honey”

It’s exceedingly rare to read fantasy stories about queer black men falling in love. That’s why I mention Kai Ashante Wilson’s “Sorcerer of the Wildeeps” and “A Taste of Honey” every chance I get. Both stories take place in the same universe, and both are brought to life with healthy doses of magic, unapologetic (and refreshing) black dialect, worldbuilding and sensuality that make the novellas into instant classics. Look no further if you’re in the mood for the stories about the descendants of gods, necromantic horrors, royal families and forbidden love.

While aimed at young adult readers, Akwaeke Emezi’s “Pet” is noted for having a young main character, Jam, who’s a black trans female with a best friend who has three parents, one of whom identifies as they/them. The city of Lucille is free of monsters, or so Jam has been led to believe. That’s before she comes face-to-face with a creature with claws and horns. Together, they hunt a monster, one that no one believes exists.