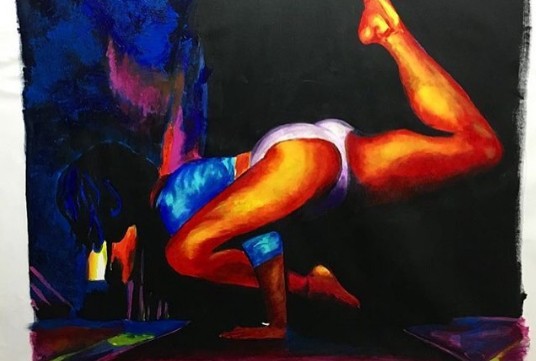 Join in a weekend-long schedule of events and entertainment as part of Atlanta Bear Pride. Cubs, otters, chubs, chasers and friends from around the globe will be all over the ATL, starting with a warm-up party at 7 p.m. Woofs Friday night and ending the hairy weekend at BJ Roosters at 7 p.m. on Sunday. A full schedule can be found at www.AtlantaBearPride.com

Hipster Yard Sale ATL has joined up with Friends of Chapel Hill Park in Decatur for another festival market event. Hipster Yard Sale ATL is an open event to vendors and patrons alike. Vintage clothing, vinyl records, local art, handcrafted home goods and any manner of esoteric ephemera as well as your standard yard sale kitsch are available. Food vendors and live performances will be on site. The event is free to the public. A $50 vendor fee will go to support Friends of Chapel Hill Park’s Fishing Pier Building Initiative. 8 a.m. – 4 p.m., Chapel Hill Park, 3985 Lehigh Blvd., Decatur, GA 30034, www.facebook.com/events/270489726730911

The Atlanta March for Science is an official satellite march organized by volunteers from the state of Georgia. Organizers are committed to supporting the efforts of the Official March for Science movement and providing a platform for your voice to be heard in Georgia. 12 – 5 p.m., Candler Park Drive N.E., Atlanta, GA 30307, www.facebook.com/events/1819005175030640

For 30 years, The Atlanta Gala Dinner and Auction has grown to be one of the largest fundraisers in the country for the Human Rights Campaign. The event, which includes a live and silent auction and black-tie dinner, celebrates excellence in the LGBT movement, successes in our pursuit of equality and refocuses us for the fight ahead. 6 p.m. – 12 a.m., Atlanta Marriott Marquis, 265 Peachtree Center Ave. N.E., Atlanta, GA 30303, www.facebook.com/events/1700014050315975

The Boybutante AIDS Foundation presents Peace, Love and Hair – the 28th Annual Boybutante Ball. Come dressed for the most fabulous event of the year, with all sorts of drag kings and queens, 10 p.m., 40 Watt Club, 285 Washington St., Athens, GA 30601, www.boybutante.org

Do you want to read books by amazing black women writers? Do you want to discuss works from a black feminist perspective in a feminist book store? Then the Black Feminist Book Club is for you. Charis Circle board chair Susana Morris will be the facilitator of this group. This season’s theme is radical memoirs by black women and the April book is “Proud Shoes” by Pauli Murray. 7 – 9 p.m., Charis Books and More, 1189 Euclid Ave. N.E., Atlanta, GA 30307, www.charisbooksandmore.com

Join Gays For Plays for opening night of Out Front Theatre’s “The Most Fabulous Story Ever Told.” With the support of Rainbros and Out Front, $20 tickets are available, which includes access to the opening night party after the show. Just use the ticketing link to this show – http://bit.ly/2o0AiMz – and select Thursday, April 27 and use the promotion code ‘Rainbros’, 8 p.m., Out Front Theatre Company, 999 Brady Ave. N.W., Atlanta, GA 30318 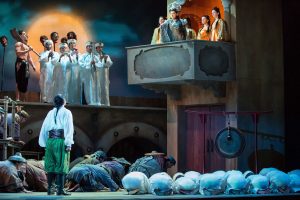 In recognition of the one-year anniversary of the passing of Prince Rogers Nelson, the Auburn Avenue Research Library in collaboration with the African-American Film Critics Association, will host a screening of the iconic 1984 film “Purple Rain.” This event will also include a post-screening panel/community discussion on Prince and his pop culture legacy. This event is free and open to the public. 3 p.m., Auburn Avenue Research Library, 101 Auburn Ave. N.E., Atlanta, GA 30303, www.afpls.org/aarl

Living Room and Out On Film present the comedy “Pushing Dead,” about a man who has to suddenly pay for his HIV/AIDS medications when he oversteps his allowable monthly income, starring James Roday and Danny Glover, 7 p.m., Midtown Art Cinema, 931 Monroe Drive, Atlanta, GA 30308, www.outonfilm.org