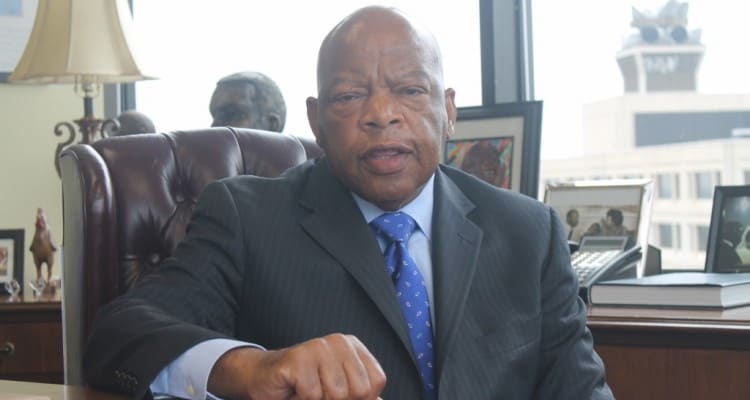 Bob Fawcett (thepetset.com) has been a stalwart of Atlanta’s LGBT community since he opened the doors to his first location of The Pet Set in the ‘80s. He’s since gone on to operate locations in Midtown and the Briarcliff area, in addition to offering mobile grooming services for coifed canines and kitties around the city. Visit either location for trims and facials to leave your fur baby looking and smelling fabulous.

Coming in second and third place were Gabrielle Claiborne and Craig Bates.

Georgia Voice columnist Bill Kaelin (www.billkaelin.com) wins this category again in 2016, as he has done in multiple years past. His company, Bill Kaelin Marketing, provides “one stop” shopping for “all your marketing, branding, consulting and event needs.” He has been making the scene(s) in Atlanta for nearly a decade now.

In second place is Lando Gonzalez, with Barry Brandon (www.barrybrandonmarketing.com) rounding out the list in third place.

A former Freedom Rider and peer of the Rev. Martin Luther King Jr., John Lewis (https://johnlewis.house.gov/) has spent a lifetime fighting for the rights of the underprivileged and shows no signs of stopping. His efforts have earned him a special place in your hearts as the top LGBT-friendly politician in Atlanta. Lewis is a longtime supporter of LGBT rights and even in his ‘70s, continues to speak out for a broader, gay-inclusive concept of civil rights in America.

In second place is Alex Wan, with Nathan Deal and Park Cannon coming in third and fourth place respectively.

With a name like Ruby Redd (https://www.facebook.com/therealrubyredd), you can’t help but be iconic! Maybe that’s why you all voted this popular drag performer and long-time LGBT philanthropist a bonafide city treasure. When she’s not spitting one-liners as a manager and host of her hilarious Birdcage Bingo at Hideaway Atlanta, Redd is busy working with Lost-n-Found Youth or any number of other city groups dedicated to making Atlanta a better place for queer men and women.

When a night of celebration ended in discrimination, Alissah Brooks (www.alissahbrooks.com) decided to do something about it. The transgender woman spoke out against the Buford Highway restaurant she said denied her entry because her ID didn’t match her gender appearance, instantly catapulting her into the local discussion of transgender rights. This local activist has worked closely with GLAAD to highlight and fight similar instances of discrimination. When she’s not advocating, Brooks can be found turning gender rules on their head as a popular drag performer at bars like Burkhart’s.

Second runner up was Gabrielle Claiborne, followed in third place by Estrella Sanz.

She’s been a runner up in the past, but this year Sheila Merritt’s work in Atlanta’s LGBT community claims the top spot as your choice for female activist. Merritt is a visible and formidable force, lending her time and talents to Atlanta Pride and most recently as the newly appointed Corporate Partner Relationship Manager of the Atlanta Gay and Lesbian Chamber Commerce (AGLCC), where she previously served as Vice President and President of the organization.

When equal rights are in question, one name is top of mind in Atlanta – Jeff Graham (www. georgiaequality.org), voted top male activist in the city. The Georgia Equality executive director landed on Atlanta Magazine’s list of the 55 most powerful people in the city for a long slate of activist efforts, including pushing to defeat so-called “religious freedom” legislation and ensuring local officials obeyed the landmark U.S. Supreme Court ruling on same-sex marriage. After 30 years in activism, Graham remains humble yet outspoken.