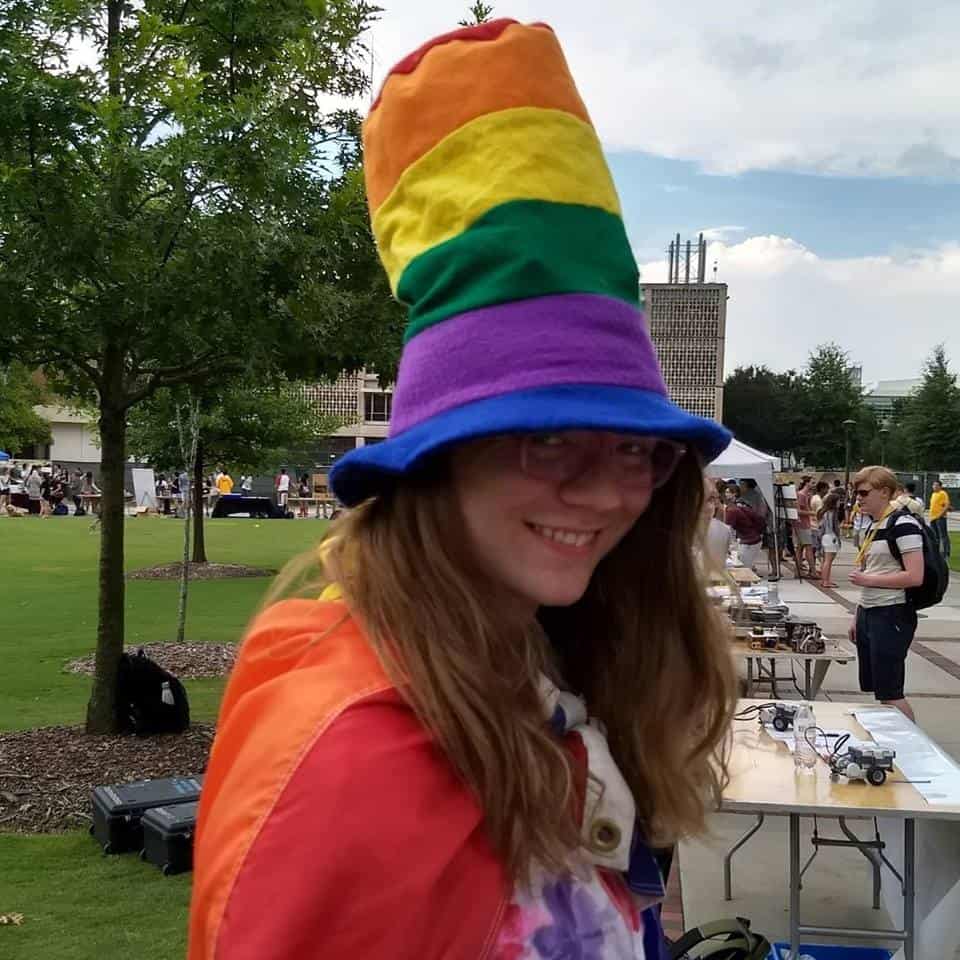 A Year After the Death of Scout Schultz

Scout Schultz, the nonbinary, bisexual, and intersex President of Georgia Tech’s Pride Alliance, was shot and killed by Georgia Tech campus police. A year later, and the ones that knew them best believe justice has yet to be served.

On September 16, 2017, the Georgia Tech student called 911, reporting a suspicious man with a knife and possibly a gun. The police arrived at the scene and found Schultz, armed with a knife, according to the Georgia Bureau of Investigation. The officers commanded they drop the weapon, but when Schultz would not comply, they were fatally shot in the heart by Officer Tyler Beck.

Schultz’s death raised the question to many as to why the officers responding to their 911 call weren’t equipped with tasers or proper training to de-escalate the situation.

Why did they shoot to kill?

Protestors left Schultz’s candlelight vigil and marched towards the Tech police headquarters – where a police cruiser was set on fire and three were arrested – with this question on their minds. “Why didn’t they use some non-lethal force, like pepper spray or tasers?” Schultz’s mother wanted to know, as did Chris Steward, the attorney hired by Schultz’s parents. “The area was secured. There was no one around at risk,” he informed the AJC.

A year later, and the Pride Alliance at Georgia Tech told the Georgia Voice that changes have been implemented, but at a frustratingly slow rate.

The group referenced fifty recommendations made by teams appointed by Georgia Tech President Bud Peterson to better support LGBTQ students and improve mental-health services. However, Peterson omitted more than 100 others. This drastic reduction is one of the reasons, Pride Alliance says, that change has moved so slowly at the Institute.

The organization added that the rate of change could also be explained by “the seemingly endless investigation into Scout’s death, which has led to forced silence of anything related to Scout or to a larger extent the LGBTQIA community as a result,” as well as “the bureaucratic nature of the Institute, University Systems of Georgia, and the government of Georgia.”

While the Pride Alliance cited some positive changes to happen to Georgia Tech, like the expansion of its LGBTQ Resource Center, they had one major grievance.

“One of the biggest disappointments has been the lack of gender-inclusive housing,” they told the Georgia Voice. “When you talk to faculty, staff, or other students, they’re generally in favor of this, but time and time again we keep finding that people above the Institute, be it the State Legislature or the Georgia University System Board of Regents, are preventing the implementation of such things, usually with threat of funding cuts.”

The changes – or lack thereof – that have been made in the Georgia Tech Police Department have also been frustrating to some. Officers have been equipped with tasers and 87 percent of officers have received crisis intervention training, according to WSB-TV. However, Officer Beck has been on paid administrative leave since the incident, much to the outrage of Bill Schultz, the victim’s father.

Bill Schultz plans to file a civil lawsuit against Tech, saying he’s waited long enough for justice for his child. “They are willing to do some of the public changes with the officers,” he told WSB-TV, “but of course, whenever it comes to writing a check, that’s a totally different ballgame.”

As for the Pride Alliance, they’re calling on the Board of Regents and the State of Georgia “to implement explicit policy against discrimination of LGBTQIA students.”

However, the group noted that regardless of the changes that have or haven’t been made at Georgia Tech, the death of their former President – of Bill Schultz’s child – will never be reversed.

“At the end of the day, no matter how many lists of recommendations or meetings with various departments of the Institute, no matter how much energy – physical and emotional – is spent fostering growth in the community or reaching out to alumni, no matter hours outside of homework, class, and work are spent trying to comfort our peers… Scout is dead.”