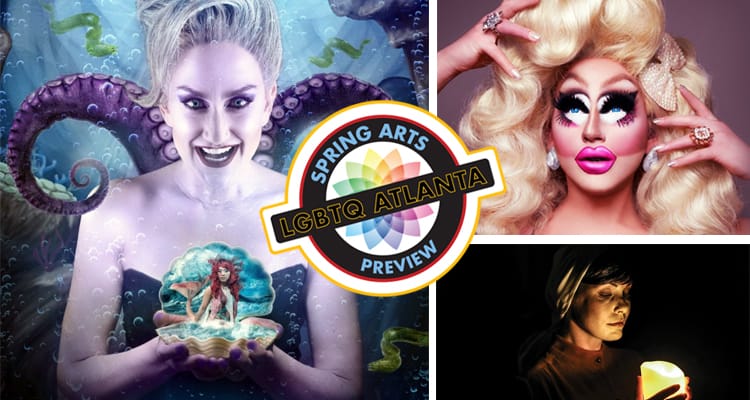 Abundance of LGBTQ riches on Atlanta stages this spring

Between theater gigs, special events, comedy, opera and concerts, the spring is a hotbed of LGBTQ offerings.

One of the most-anticipated treats of the season is “Out of Darkness: Two Remain,” staged by Atlanta Opera and directed by the company’s innovative artistic director, Tomer Zvulun. Composer Jake Heggie’s and librettist Gene Scheer‘s opera, in two acts, deals with Holocaust survivors being visited by ghosts from their past. It’s based on true stories by survivors including gay German Jew Gad Beck. The work is being done in collaboration with Theatrical Outfit.

Openly gay comic, actor and YouTube sensation Randy Rainbow is bringing his patented sense of humor to town in April. His musical tribute to the first presidential debate in 2016 was seen by more than 25 million people in just two days, and his comedic videos are starting to pop up everywhere.

Looking for even more laughs? A night with Kathleen Madigan might be the cure. Over her lengthy career, she has been seen on every late night show imaginable, and her comedy show “Gone Madigan” has been seen on Showtime and Netflix. Also look for the queen of mean, funny lady (and gay fave) Lisa Lampanelli, visiting the city next weekend, and the improv madness of “Whose Line is it Anyway?” in May.

Groundbreaking gay artist Todrick Hall follows up a run in Broadway’s “Chicago” with his new “American: The Forbidden” world tour, making a stop at the Fox Theatre in May.

An evening of music, comedy and drag is promised at drag goddess Trixie Mattel’s Now With Moving Parts Tour, while the Atlanta Ballet’s “Bach to Broadway” is set to music by George Gershwin.

Out Front Theatre Company has a slew of events, including a production of the beloved “Sordid Lives” and a new show with “Sordid Lives” creator Del Shores titled “Six Characters in Search of a Play.” Other theater highlights include Serenbe Playhouse’s “The Little Mermaid” and Actor’s Express’ “The Color Purple.” As well, Aurora Theatre is taking its adorable version of the crowd-pleasing “Mamma Mia!” to the Ferst Center in June after it closes it current run.

Finally, the biggest ticket of the season looks to be the long awaited bow of Lin-Manuel Miranda’s “Hamilton,” the winner of several Tony Awards and a pop culture phenomenon. It comes to town via the Broadway in Atlanta series and looks to cause the stir here it has everywhere else.

“Out of Darkness: Two Remain”
April 5 – 15
Atlanta Opera
The Balzer Theatre at Herren’s

Whose Line is it Anyway?
May 8
Tabernacle Atlanta