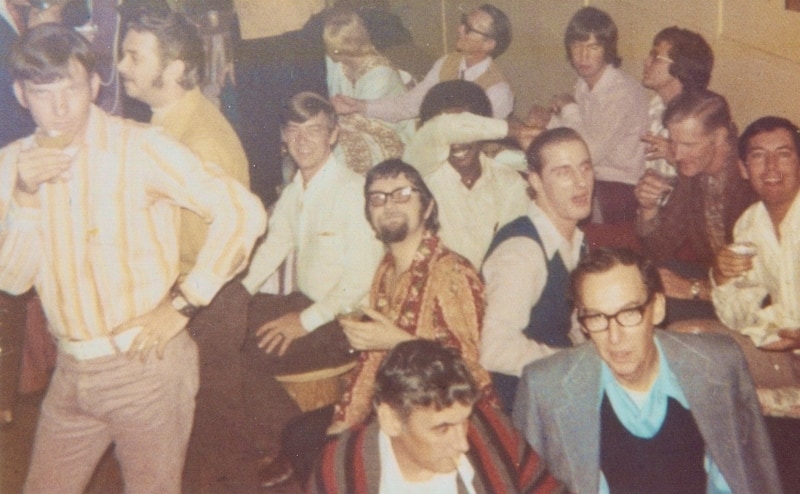 Atlanta Pride and Out On Film are sponsoring a free screening of the LGBT film festival circuit favorite “Upstairs Inferno,” a documentary about New Orleans gay bar the Up Stairs Lounge being deliberately set on fire in June 1973, resulting in 32 deaths. Openly gay author Christopher Rice narrates the film, which was one of the highest rated films at last year’s Out On Film festival.

What gave you the idea to make a documentary about this incident? Why is it important that this story is told?

After my previous LGBT history documentary, “Raid of the Rainbow Lounge”, someone contacted me and asked if I’d ever heard of the Up Stairs Lounge fire. When he told me about it, I was shocked! I was completely unaware of this tragedy! Many consider it the largest gay mass murder in U.S. history, yet few people know about it. I asked myself the question, “Why isn’t this story more prevalent in our culture?” It’s as historic as the Stonewall Inn raid, but it doesn’t exist in the common LGBT history narrative. I felt that needed to change.

I didn’t want to create a stagnant documentary, with only an exposition of facts. Through very honest and intimate interviews, I also wanted to humanize the story and show the real impact the fire had on the victims’ friends, families and the LGBT movement. It’s easy to trivialize a situation when you gloss over a headline in a newspaper (or a Facebook post). There is something about SEEING and HEARING the story from those who experienced an event, that truly makes it “real.” That’s what possesses the potential to create change.

The more I learned about the fire, the more important this project became. I believe it is crucial to acknowledge, preserve and honor our history as LGBT people. The LGBT dialogue has changed SO much in the past few years. As popular attitudes shift on LGBT issues, we risk losing the stories of the struggles that got us where we are today. It’s our responsibility to honor the memories of those who came before us, including those who died at the Up Stairs Lounge. The people who experienced this tragedy paved the way for the freedoms enjoyed by the New Orleans LGBT community of today, as well as the overall LGBT movement. I wanted to create a film that honored their forgotten stories.

There are some pretty graphic images that show the aftereffects of the fire. Were you worried at all about showing too much, and what went into making that decision?

This is a gruesome story, there is no way around it. But as a storyteller, I needed to include those images if I wanted to accurately and responsibly tell this story. I needed to pull the audience in and transport them back to 1973, where they could experience the anger, frustration, fear and compassion, as if they were actually there. Without the visuals, the audience would be unable to truly gauge the magnitude of the tragedy and justify why it’s considered the largest gay mass murder in U.S. history. Furthermore, by making the audience members eyewitnesses to the crime and aftermath, they have the same reference points that the Mayor, Governor and religious leaders had in the wake of the fire. That’s necessary in order to fully understand and question the utter lack of compassion and action exhibited by those leaders.

I did not want to candy-coat this story and omit the iconic images depicting the horror. But at the same time, I did not want to disrespect any of the victims or their families. I had limits. There were a few photos I did not include in the film. They were far too graphic. I thought to myself, what if I lost a friend or loved one in the fire? Including the incredibly graphic photos in the film wouldn’t have moved the story forward. The photos would have only caused pain and suffering to those who lost loved ones in the deadly arson.

How did you get Christopher Rice involved?

Chris considers New Orleans his “hometown” and is very passionate about keeping its history alive! As a New York Times best selling author, much of his writing is heavily influenced by the years he and his Mom (legendary vampire chronicler, Anne Rice) lived in New Orleans. I felt the movie needed a voice that reflected authentic passion. He was the perfect choice! I contacted him, told him about the project and he immediately agreed to help us tell this story.

What’s next for the film? Are you looking for distribution?

June is a very busy month for us. Not only is it Gay Pride Month, but June 24th marks the 43rd Anniversary of the fire. As a result, UPSTAIRS INFERNO is screening quite a few times this month – starting on June 4th, when it screens as the Centerpiece film at FilmOut San Diego. On the solemn eve of tragic fire, June 23rd, UPSTAIRS INFERNO will screen at Frameline40: The San Francisco International LGBTQ Film Festival. The next day, ON the anniversary of the Up Stairs Lounge fire, the film will screen once again in New Orleans, with witnesses, friends/family members of victims and community leaders in attendance. As part of Stonewall Month, Atlanta Pride and Out On Film are sponsoring a screening of UPSTAIRS INFERNO on June 8 at 7 p.m. at the Rush Center Annex. We’re honored to have the opportunity to screen in Atlanta again!

We are currently seeking distribution. We want to share this story with the widest audience possible. We ask people to “like” the film’s Facebook page: www.facebook.com/upstairsinferno. The more “likes” we have, the better our chances to get the attention of distribution decision makers. They’re looking to social media more frequently to identify and acquire “popular” films (in other words, those with a lot of “likes.”)

Any ideas about your next project?

I have a few ideas, but they’re only in the development stage. As often the case, the projects are at the mercy of funding. People can stay updated by visiting our website and joining our newsletter at www.CaminaEntertainment.com.