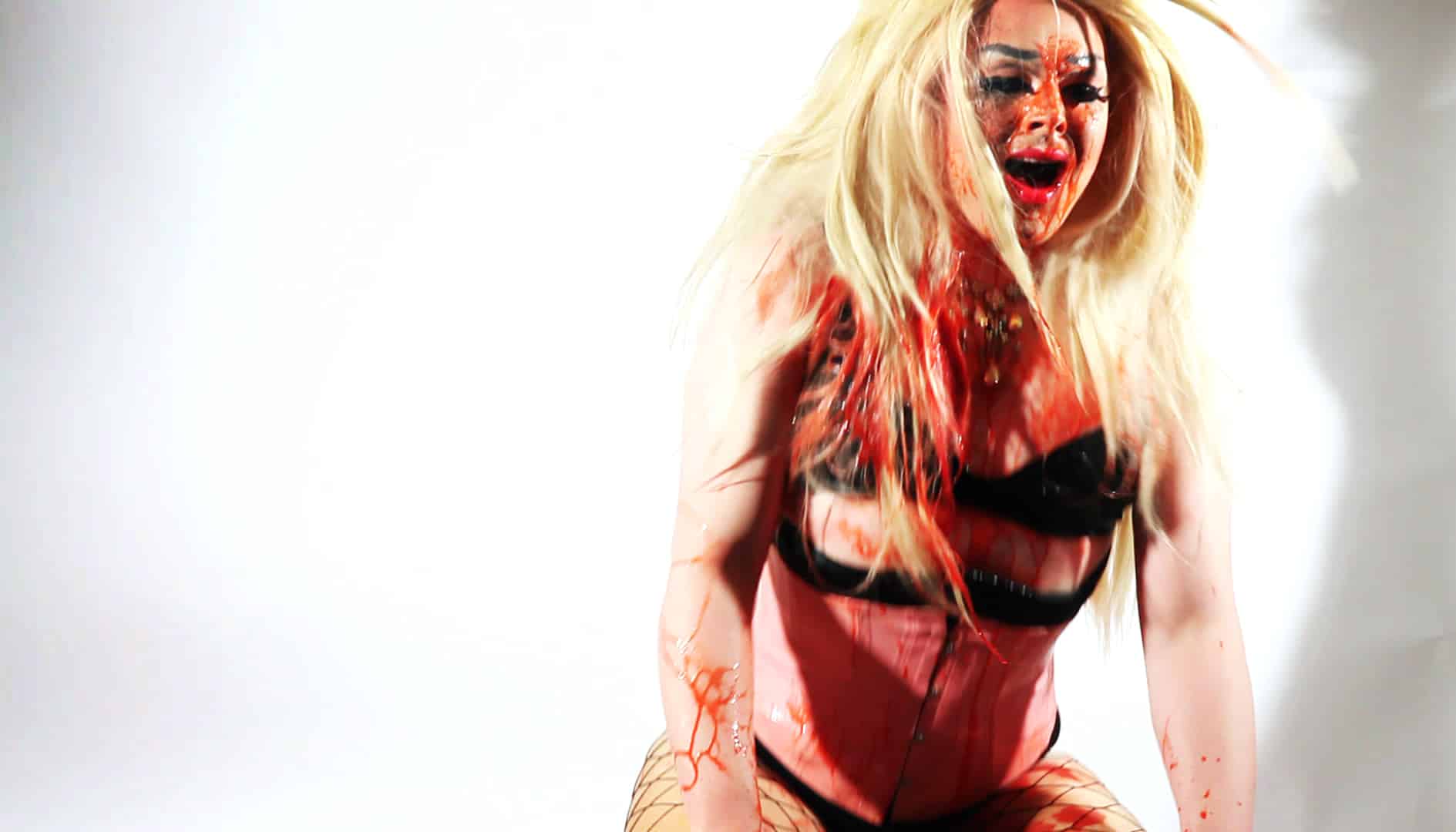 Come get you some — ‘Legendary Children: In Heat’ sure to sizzle

Several stars from the show were happy to answer some questions about the show, whether or not what they do is queer activism, as well as what it takes to be one of the “Legendary Children.” One thing they all promise—this will be a evening to raise the Atlanta temperatures to new heights. Take a look at this, ahem, titillating teaser:

Tickets are $9 online and $12 at the door and the show is this Saturday beginning at 8 p.m. at the Mammal Gallery. Everyone is encouraged to “WEAR YOUR FETISH! Leather, rubber, fur, latex, candy, cake, cigarettes, cats, unicorns, or whatever gets you IN HEAT!” 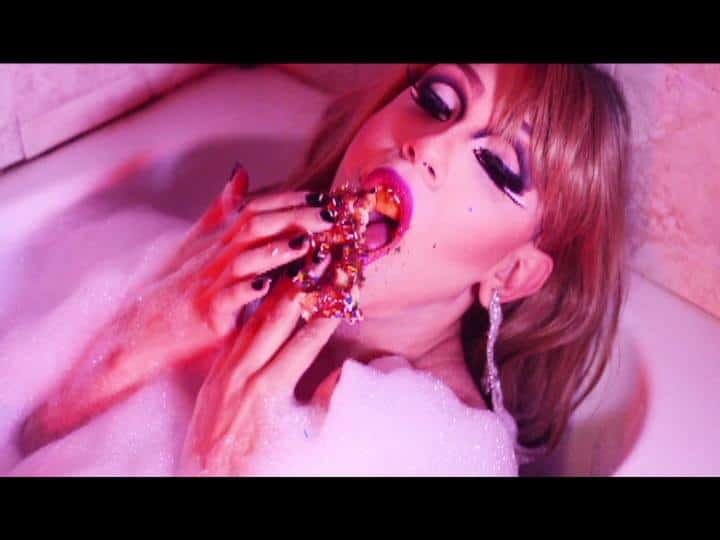 What qualifications do you have to have to be part of the Legendary Children?

Mo’Dest Volgare — I feel like a lot of the people involved with this group have the talents and desire to become Legends in their own ways, they are so creative and I love collaborating with them.

Kryean Kally — First of all… A curious queer mind with interest in drag as a validated art form. innovative performance art as a queen to keep drag relevant and extend its possibilities, and to not eliminate gender necessarily, but break the boundaries. Another aspect of the project is collaborations with artists who feel inspired by this art form.

Blane Bussey — For me, it’s about being in love with your craft and using that craft to make your community a better place. It’s about being able to create experiences out of thin air whether there are five people in a room or 500, that are memorable – that are legendary. It’s about the giving of yourself, not for money or fame, but for the transcendence that comes from the giving.

What will this show encompass as far as performances?

Mo’Dest Volgare — I’m really excited to see what the other queens bring to the show. A few of them are preparing installation performances that will be performed in the same gallery space as the photographers’ works. I love the mix of creativity that will be shown. After that we are going to heat it up with a high energy drag show and party.

Kryean Kally — The show will present a community of people sharing a vision that if it were done alone it wouldn’t be as powerful. It’s important that it’s a group evolving together. So by having this as a platform we’re able to have more people relate.

Lavonia Elberton   — Alls I can speak for is myself, and I’ll be leading a mass for the Church of Lavonia from our headquarters in hell.

What does the art show include?

Mo’Dest Volgare — The photographers and videographers have put together new photo collections and films based on the theme “In Heat” which we have all worked together on.

Kryean Kally — The art show includes variations of performance art, videography, projections, music, photography, installations, poetry. Another aspect of the event is as a social gathering for the queer community and for those interested in exploring it.

Blane Bussey — The work I’m showing has two parts. First, there will be a wall installation of different collected film pictures I was able to borrow all over town of legendary queens of Atlanta — Shawnna Brooks, Ashley Kruiz, Charlie Brown, to name a few. It was important to me after the last show in Atlanta to communicate to people that there is a long, long history of legendary children in this city, and it’s important to pay tribute to them. If there is anything I want Legendary Children to be, I want it to cover many different generations of people and be filled with many different faces. The second part of what I am doing, is my own personal (rhinestoned!) scrap book of over a hundred pictures of point and shoot pictures I’ve been taking of queens who are near and dear to me. You’ll see more of my public shoots done in the hot, hot heat — you’ll also see pictures I was able to capture backstage while working at Jungle.

What was the thought process behind how to shoot the queens for this series?

Mo’Dest Volgare — I work mostly with Blane Bussey who likes to capture me in drag going to public places I frequent in my day to day life. Drag queens in public can lead to some heated experiences and some interesting reactions.

Blane Bussey — Well for every artist there is a different individual thought process of how they relate to the theme. When the theme was decided on, I had to think of what being in heat meant to my work. I’ve done a lot of pictures of drag queens in the worst possible conditions – during the day time in the South and usually during the summer. So that was easily the first place to go with it. Also, when I think about being in heat, I thought of someone being in hot water, being in trouble so I tried to make connections about what people were going through in their personal lives. This is also a summer show, so I went to places I’d go during the summer time just a regular person – Six Flags, the pool, the park, etc.

Are you all trying to take over Atlanta?

Lavonia Elberton — I don’t understand this competitive spirit fueled by an articulation of lack – as if there’s only so much Atlanta to go around and it’s gotta be rationed out. The better we all do, the better we all do. We’re just playing with adding another set of voices to the dialogue of drag, of which Atlanta has been a long-time participant. We’re not trying to talk over any body. Besides, I’ve got my eyes on taking over the cosmos.

Blane Bussey — I think people have interpreted the show that way in the past, and it’s not really how I feel about it. I want us to be a part of the conversation that creates change in the city because things can always be better. Magical things happen when you’re thinking about being in service to a greater cause, not just about how amazing and better you are than everybody else.-

Tell us about the name of the show and why the show is being held Fourth of July weekend.

Mo’Dest Volgare — “In Heat” is the perfect name for a southern queer show taking place in the sweltering, humid Georgia summer. As southern queer individuals we are constantly in heated situations, from small family/societal pressures to be someone you’re not, all the way to getting assaulted or killed for just being queer in public. “In Heat” is also a good name cuz ya’ll know this bitch is always tryin’ to get her some.

Kryean Kally — It’s a week of freedom and celebration and probably because it’s going to be really hot. So we decided to have fun and have a play on words. This being our second collaboration as artists we feel that this is our breakthrough moment.

Would you describe your art as queer activism? How so?

Mo’Dest Volgare — I think that the work I do with Blane Bussey is activism. I hop on MARTA and go out in public and do things normal people do as a fabulous transvestite. It makes people realize there are people like me and I feel it shakes and sometimes changes the way they view the world.

Lavonia Elberton — In the sense that I exist in the intersectionality of queerness, there will always be a queer coloring to my work, but I wouldn’t necessarily call it queer activism. My work plays with what it means to be a human body focusing in on this earth plane. I see Lavonia as a playground at the intersection of the masculine and feminine energies that make up all folks. Lavonia is an experiment for what it means to be a powerful creator on this earth. I made Lavonia up from the storm of my thoughts and now two years later, she’s alive, has a presence, and an impact on and participation with my communities. Lavonia has taught me what it means to be a dynamic powerful human engaged in the practice of creation. I try to share this with each audience — that it can be any way that they want — that they can wrassle their reality down to the dirt and make it anything they can imagine. I’d say it’s more human activism that just queer activism.

Blane Bussey — Yes. Growing up, from the time I was five I was teased by people for being gay. People would throw things at my head during assemblies, chant what a fag I was, put their hands down my pants on the bus, anything cruel they thought was acceptable to throw at me because they knew that what I was, was not socially accepted. I can’t walk into a room to this day without feeling very aware of myself. I’ve gone into public areas where it was not easy to be a man in a dress to record people’s genuine reactions to prove that there is nothing wrong with being different if you’re just living your life. There is something wrong with being homophobic, racist, or misogynist – with being hateful. I also record the moments where many different types of people are appreciating the queens, because those moments are truly beautiful to me. When different types of people from all different backgrounds are coming together and asking “can my child take a picture with you?” – those are the moments when I know things are changing, and that I’m a little piece of that change. 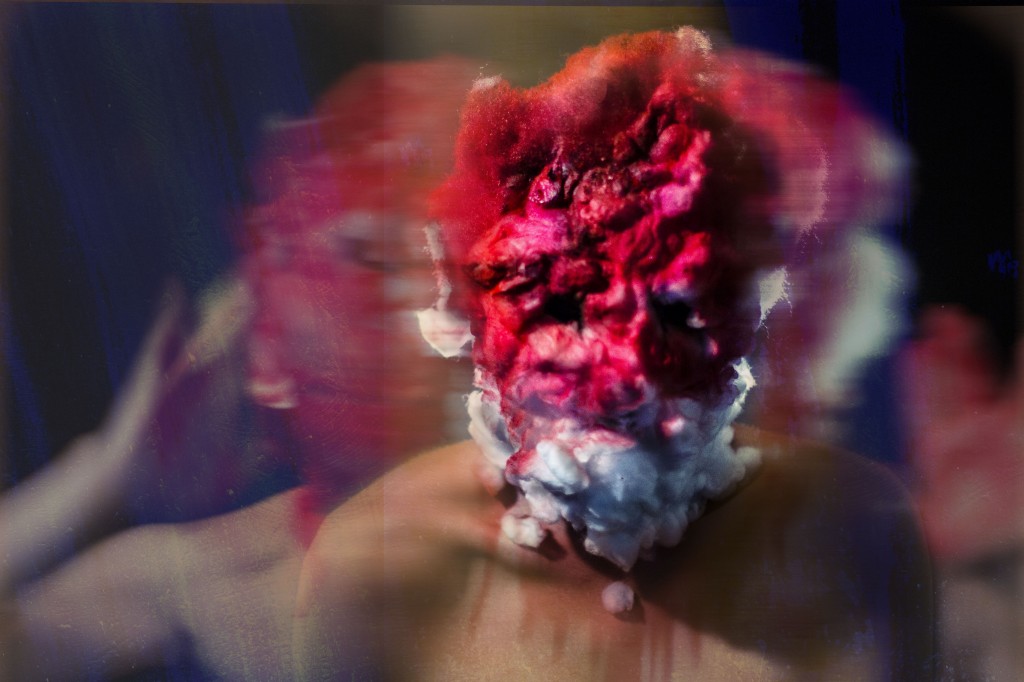 Will there be more Legendary Children shows in the future? Concepts and ideas for these?

Kryean Kelly — When we did legendary children the first time, we did it as an experimental collaboration – with no set plans to continue. As artists, we were inspired by lots of great reviews and people reacting to what we’ve put out there. A second show wasn’t promised but it’s happening. If people demand another one, then of course.

Jon Dean — We’ve got several things planned, but not all of them we can announce yet! We are always thinking about how to evolve and use the platform that we’ve been given. Every show will be a unique experience. We recently announced a collaboration with Out on Film, called “For Filth! – A Night of Queer, Southern Short Films.” Submissions are now open — anything fringe, experimental, or just plain filthy. The program will premiere during the closing night of Out on Film at Midtown Arts Cinema. You can find more information on submitting your work here: www.legendarychildrenatlanta.com

Kryean Kally — I’ve always had an admiration to femininity and I consider myself feminine. I haven’t always been comfortable saying that. Doing drag has opened my eyes to the realities of gender and how it affects society. By doing drag, I want to push the limits.

Lavonia Elberton — Who wouldn’t want to hang out with all their friends, wear costumes, and listen to people scream their name? Cause Lavonia and I are soul mates, baby.

Blane Bussey — I love drag because so much community happens in and around it. I’ve met so many queens like Nicole Paige Brooks who will just speak so much wisdom to me that I’ve applied to my own life. I’m also a lover of aesthetics, so the visual aspect of it to me is always interesting.