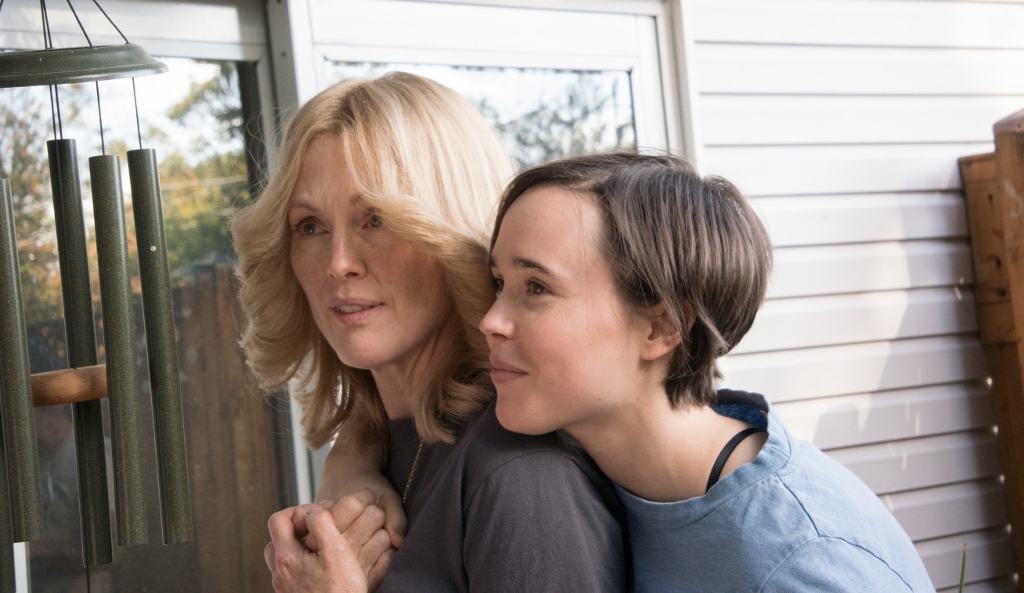 The most star-studded entry in this year’s Out On Film festival lineup is without a doubt “Freeheld,” a drama based on the true story of Laurel Hester, a veteran New Jersey police officer at the center of a well-publicized fight with her county government to get her pension benefits transferred to her partner after being diagnosed with terminal cancer.

Julianne Moore, who finally took home an Oscar last year for “Still Alice,” stars as Hester, while out actress Ellen Page plays her younger partner, Stacie Andree. Both are receiving Oscar buzz for their roles, especially Page, who the Hollywood Reporter recently noted was a “major threat” for a Best Supporting Actress nomination.

For Oscar-nominated actor Michael Shannon (“Revolutionary Road”), it was one person’s involvement in the production in particular that sold him on joining the cast as Dane Wells, Hester’s supportive police partner.

“I’ve been a huge fan of Julie’s [Julianne Moore] for a long time. And boy would it be silly not to want to work with her,” Shannon tells Georgia Voice. “She’s one of the best ones out there.”

“My eldest sister is gay and she’s married and adopted a couple of kids and they have a wonderful family,” he says. “I got something out of being able to honor her in some way. It’s not often that you get to work on something that can have some relevance for your family.”

And while “Freeheld” is definitely a drama, considering the heavy subject matter, there are also solid bits of humor, usually courtesy of Steve Carell, who plays Steven Goldstein, the founder and then-chair of Garden State Equality. Most of the humor comes lies in the interactions between Carell’s character and Shannon’s gruff, straight cop.

“I was so excited to work with Steve. I remember when I saw ‘Anchorman’ for the first time and he was one of the funniest people I’ve ever seen in my whole life,” Shannon says, but adds, “I think he took the part pretty seriously. I don’t think it’s humor just for humor’s sake. It’s the awkwardness of their relationship. They both cared about Laurel and Stacie but were two different people.”