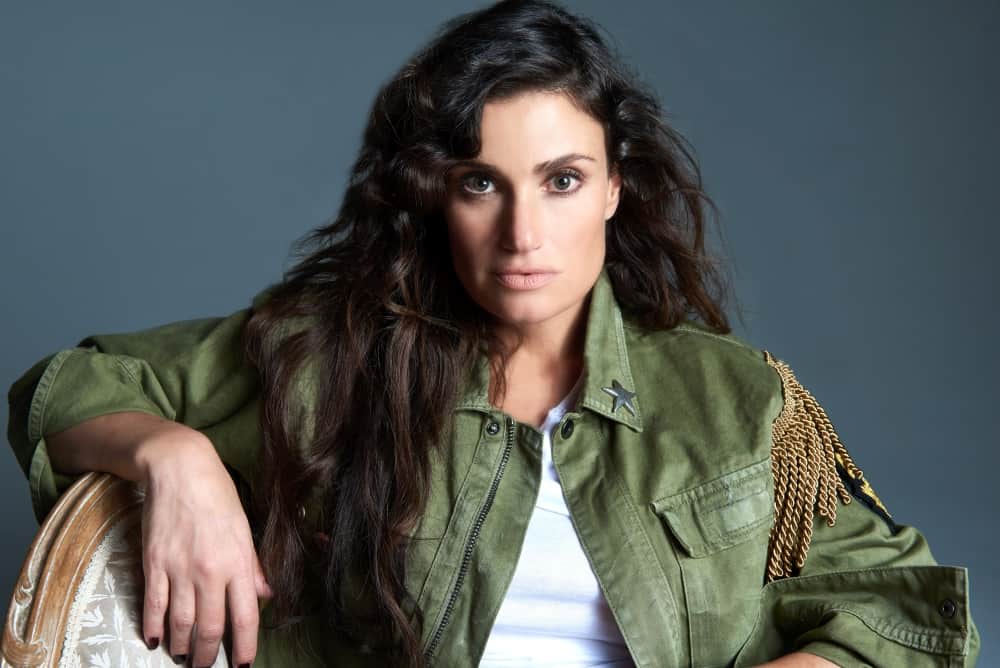 Idina Menzel on her new album, a lesbian Elsa and angry gays who oppose her ‘Beaches’ remake

Though it arrives nearly 20 years after her debut album, the timing couldn’t be more perfect for a self-titled Idina Menzel release. Menzel’s latest is a declaration of self – of her real self, that is.

“It’s how you pronounce my name,” the Broadway star says during our recent interview about the eponymous title, “idina.” It’s a not-so-subtle allusion to that infamous name botch at the 2014 Academy Awards by John Travolta before she hit the stage to perform her career-changing song “Let It Go” from Disney’s “Frozen,” during which the Tony winner voices cold-thwarting snow queen Elsa. “Frozen” fame took Menzel to Elphaba heights, but it was “Wicked” and “Rent” that forever made her a gay fave.

Imagine, then, what a new “Beaches” might do for Menzel. The Lifetime remake of the 1988 classic has the 45-year-old portraying Bette Midler’s CC Bloom, a career choice the singer-actress admits has ruffled the feathers of her loyal queer following. Menzel talked about one gay fan’s tweet that led to her almost backing out of the film altogether, how LGBT support solidified her success and why she’s “excited” that “Frozen” fans are pulling for a lesbian Elsa.

When were you first aware of your gay following?

The first moment was probably when I’d go to the Nederlander Theatre when I was in “Rent” (in the mid ’90s), and I’d get all these amazing letters from young kids struggling with their sexual orientation and who they were and how they wanted to come out. I’d get a lot of letters about that and how I was helping them be honest with themselves and be brave about coming out, so it started then and that was even… that was stronger than I had even anticipated or ever really had dreamed. Just on a much deeper, much more important level than singing a high note with a lot of bravado and people clapping.

And it’s continued to be like that, really, with “Wicked” and “Frozen,” with Elsa. There are always these characters who are literally trying to come out of the closet – they’re hiding something within them that they’re afraid to let people see, and then finally they embrace it and change the world around them.

There’s a lot of pressure on you and Disney to make Elsa gay. Are you surprised by the #GiveElsaAGirlfriend movement?

Am I surprised? (Sighs) Maybe at first I was a little surprised because it’s Disney, but I can say that I’m excited that the conversation is happening. I can’t promise anybody that that’s what’s gonna happen. I’m just a servant at a big company called Disney and I’m happy to have a role and a job. But deep down am I really happy that it’s causing people to talk about it and have these kinds of conversations? Yeah, I am.

Do you think the world is ready for a lesbian Disney princess?

Umm… I don’t know about that, considering we’re having a hard time even getting Donald Trump out of the way. Sometimes it’s a little discouraging. But you never know. We keep making all these strides. We’ve made a lot of strides in the last couple of years, and then all of a sudden the hate and the vitriol within our country is exposed and you’re like, “What happened? We’re in the ancient times again.”

What does it mean to you to know that so many LGBT people interpreted “Let It Go” as a coming out anthem? And did you when you first read the lyrics?

Yeah, umm… probably not right at first because I’m an actor first, and so I’m thinking, what is it for this character and this young girl? Having had the “Wicked” experience, I bring those themes to it as well. But then I quickly saw all of the parallels and the universality of the song and how it could speak to so many people in so many different ways.

You’ve had three other studio albums–why self-title this one, and what’s the significance of the period?

It’s very personal. I went through the hardest time in my life while writing this album (Menzel and her former “Rent” co-star Taye Diggs divorced in late 2014 after 10 years of marriage)–a beautiful, successful time, and also a very tumultuous, complicated time in my personal life, and so it’s very intimate. It’s my way of saying, “Hey, this is me and my barebones.” And the period is… what’s the word?… just a little nudge, like, “This is me,” with a little attitude in there, whether it’s how you pronounce my name or (directed toward) anybody who has tried to keep me down.

Gay men are very devoted to “Beaches”. Have you consulted any of them for the role of CC Bloom originally played by Bette Midler?

By accident I went on my Twitter feed and saw somebody who wrote, “Idina, I love you, but it’s sacrilege that you’re doing this!” I called my agent and I was like, “Tell them I can’t do it. All these gay men are mad at me and they’re gonna hate me!” But it’s just such a great role for me and the experience of being on set and working every day on this beautiful woman that is funny and talented and she gets to do drama and comedy–it was such a great experience for me and it was just hard to turn down. So I hope they’ll forgive me! I understand if they cannot. But you know, come on, Judy Garland redid “A Star is Born” and then Barbra redid Judy Garland! So sometimes these things happen. I’m not saying I’m any of those women, but you know, sometimes we redo these movies.

Are you going to be okay if “Wicked” gets made into a film with actresses other than you and Kristin Chenoweth?

No, I’m gonna–no! I’m gonna have a hard time with that. (Laughs) Let’s be honest… you want me to be honest? Or do you want me to say, “Oh, sure, can’t wait for whoever looks 20 years younger than me but can’t sing as good as me gets the role?”

They better not fuck it up, right?

They better not fuck it up! I’m lobbying to do it like “Benjamin Button.” A little CGI on a beautiful, green face. I could look gorgeous! Like, who cares – just take out a couple wrinkles. Green and exotic. I still have a girly innocence about me. And here I am trying to audition for this role… (Laughs)