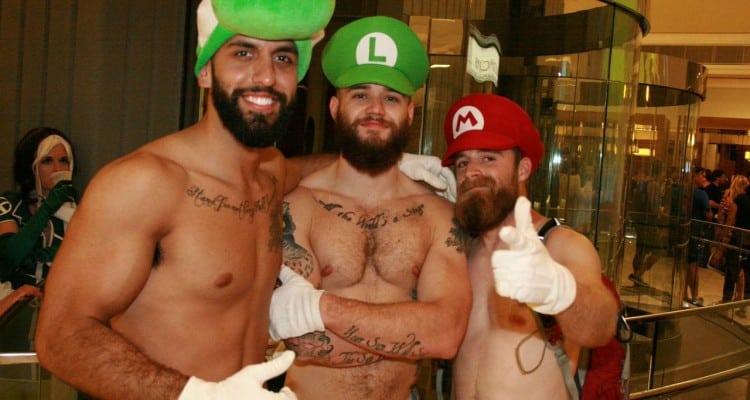 Top 7 LGBT things to do at Dragon Con

The four-day convention is back for its 29th year and while there's something for everyone—and we mean everyone—here are seven ways to let your LGBT freak flag fly on Labor Day weekend.

Scott Thompson
Appearances throughout the weekend
The openly gay member of the legendary comedy troupe, “The Kids In The Hall,” has stayed busy, recently publishing a bestselling graphic novel and playing Jimmy Price on the NBC series “Hannibal” in between standup comedy gigs.

Tuff Topics for Parents Panel
Friday, Sept. 4 at 8:30 p.m.
The Kaleidoscope track is for 9- to 13-year-old geeks, and this year it includes this helpful panel on bullying, LGBTQIA issues, cyberbullying, the internet, and social topics for adults. Have pride in the little ones!

The Spectrum Party
Saturday, Sept. 5 at 10 p.m.
DJ Neon Glowbear is in charge of the beats at this annual throwdown for LGBTQIA geeks and allies, presented in part by OutlantaCon. This year, attendees are encouraged to come in their best video game-themed cosplay.

“The Rocky Horror Picture Show” Live
Saturday, Sept. 5 at 1:30 a.m.
Approximately 3,000 people are expected to take part in this massive late night spectacle. Even better? It features an introduction by actor Barry Bostwick, who played Brad in the gender-bending 1975 film.

John Barrowman
Appearances throughout the weekend
The openly gay actor currently plays Malcolm Merlyn on the hit CW series, “Arrow,” but is perhaps best known for creating the role of Captain Jack Harkness in the first series of Russell T. Davies' revamped “Doctor Who” for the BBC.

Download the Dragon Con app or the Pocket Program Guide at www.dragoncon.org for location of events and more information