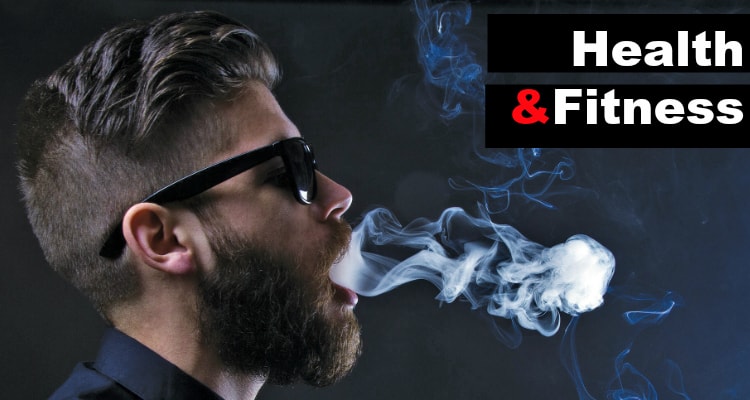 “There are long-standing disparities in cigarette smoking and overall tobacco use by sexual orientation and gender identity,” said Brian King, deputy director for research translation in the Centers for Disease Control and Prevention Office on Smoking and Health.

According to the Centers for Disease Control and Prevention, the percentage of lesbian, gay or bisexual people who smoke is 6 percent higher than those outside of the community who smoke.

Bill Blatt, national director of tobacco programs for the American Lung Association, added that smoking rates for gay men and lesbians are 2 and 1 percent higher than heterosexual men and women.

Higher rates of smoking and tobacco use also indicate higher mortality rates. King said estimates are in the tens of thousands as to numbers of lesbian, gay and bisexual individuals who die each year from smoking-related causes.

In addition to the more commonly known cancers, heart and lung disease that smoking can lead to, there are health risks LGBT individuals are especially susceptible to.

Nicotine, the main addictive element in cigarettes, can interfere with hormone replacement therapy by reducing circulated estrogen levels. Chemicals in cigarettes can also complicate HIV and AIDS treatments, King said. This puts individuals with HIV at risk of being further immunocompromised and susceptible to things like thrush.

“There’s a lot of different factors that are likely to have contributed to these marked disparities,” King said. “We know that tobacco disparities are likely a result of stressors that could include internalized homophobia. Another is targeted marketing toward the LGBT community.”

He said the tobacco industry has a “profound history” of targeting certain populations, including heavy product marketing in gay bars. Combined with the increased mental and social stressors faced by members of the LGBT community, they create a “perfect storm that has led to elevated tobacco use.”

“The social stigma and homophobia and the pressures of being LGBT in our society … when people are facing that kind of discrimination they look for coping mechanisms. Tobacco can be that form of coping mechanism,” Blatt said. “We know people usually start smoking fairly young. It actually changes their brain structure as their brain continues to develop.”

Those changes lead to the brain releasing a chemical called dopamine, which induces a feeling of euphoria. When dopamine levels get low, such as in a time of stress, smokers crave cigarettes to entice that feeling again, he said.

The CDC shows that 70 percent of smokers want to quit, and Americans saw a decline in smoking during the past few decades. King attributes that to increasing the price of tobacco products, upping the prevalence of smoking bans and giving more people access to cessation resources and medications. He said there are seven FDA-approved medications available to help people quit. According to the US Department of Health and Human Services, such methods include nicotine patches, gum, lozenges, inhalers and nasal spray. There are also two prescription medications available, Bupropion and Varenicline, known by their retail names Zyban and Chantix.

“There are more targeted efforts to reach the LGBT community,” Blatt said. “It used to be one campaign or commercial to reach America and that was it.”

In 2016, the FDA partnered with former “RuPaul’s Drag Race” contestants for an anti-smoking campaign geared toward the LGBT community, reminding them that smoking causes not just disease, but outward effects such as prematurely wrinkled skin and tooth damage — things that any self-respecting flawless individual would never want to be known for.

“In the Atlanta area, there was a targeted promotion of these ads in the Midtown area,” King said.

For any individual who wants to quit, there are resources available outside the patch or prescription medication. Apps like Quitter’s Circle and Butt Out offer support, tracking and motivation. But the ultimate tool to help smokers stop could be their friends, family and the LGBT community itself.

“I think that it really comes down to a situation of preaching what you practice. We know the majority of people don’t smoke and don’t use tobacco. It’s a situation where we need to de-normalize the use of tobacco,” King said.