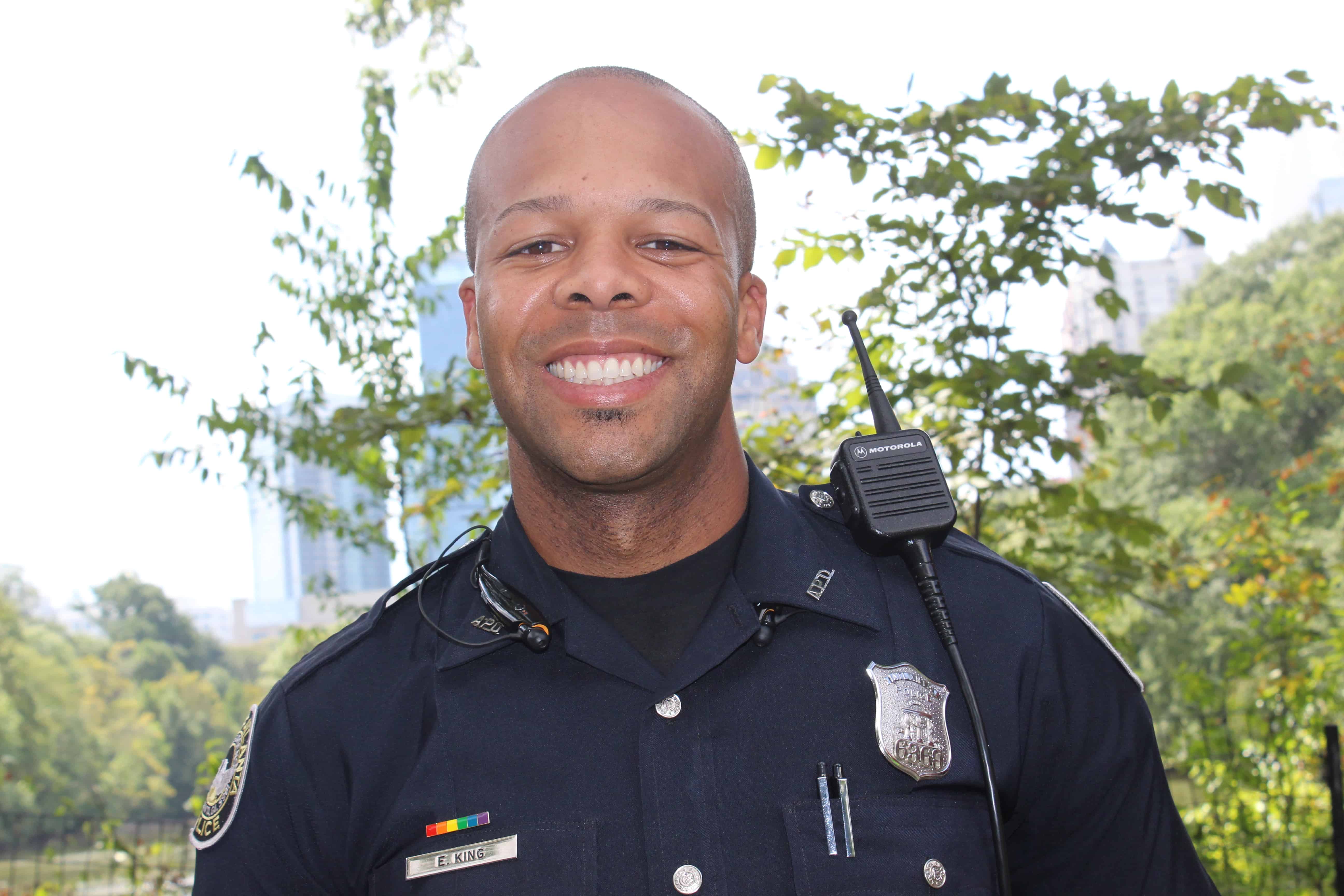 Atlanta Police Officer Eric King was appointed as a department LGBT liaison in August, joining Senior Patrol Officer Brian Sharp as openly gay officers serving in the role of liaisons. This is the first time the APD has had two men as LGBT liaisons.

King, 30, was born in Indianapolis, Indiana, and raised in metro Detroit. He moved to Atlanta in 2009 to join the APD. The GA Voice asked him five questions about his background and what he hopes to accomplish as an LGBT liaison.

Why did you join the APD and become an LGBT liaison officer?
I joined the Atlanta Police Department because of all the different job opportunities that they offered. I became an LGBT Liaison to help continue the work that has already been done within the department and to foster better relationships between the community and APD.

How old were you when you came out?
This might sound strange but I honestly don’t know at what age I came out. I was raised primarily by my father and we did not have any secrets so I always felt I was never hiding anything or felt I was ever in the closet.

What would you like to do as an LGBT liaison?
While serving in this current position I would like to increase the level of communication and continue to build the partnership between the LGBT community and the Atlanta Police Department.

When you’re not working what do you like to do?
There’s such a thing as not working? During my free time I like to play tennis, cycle, work out, cook or find new places to eat with my friends.

Why is it important to have LGBT liaisons on the APD?
The fact of the matter is that the LGBT community does not have a large voice within police departments nationwide, so it is only right to try and provide the marginalized with a voice. Our Mayor made a commitment to the community that Atlanta Police will have two full time sworn LGBT Liaisons dedicated to educating the department as a whole while empowering the community. Policies and procedures utilized here in Atlanta are examined and replicated from agencies across the nation and even abroad, which causes us to constantly strive for better ways to improve our police department and city.