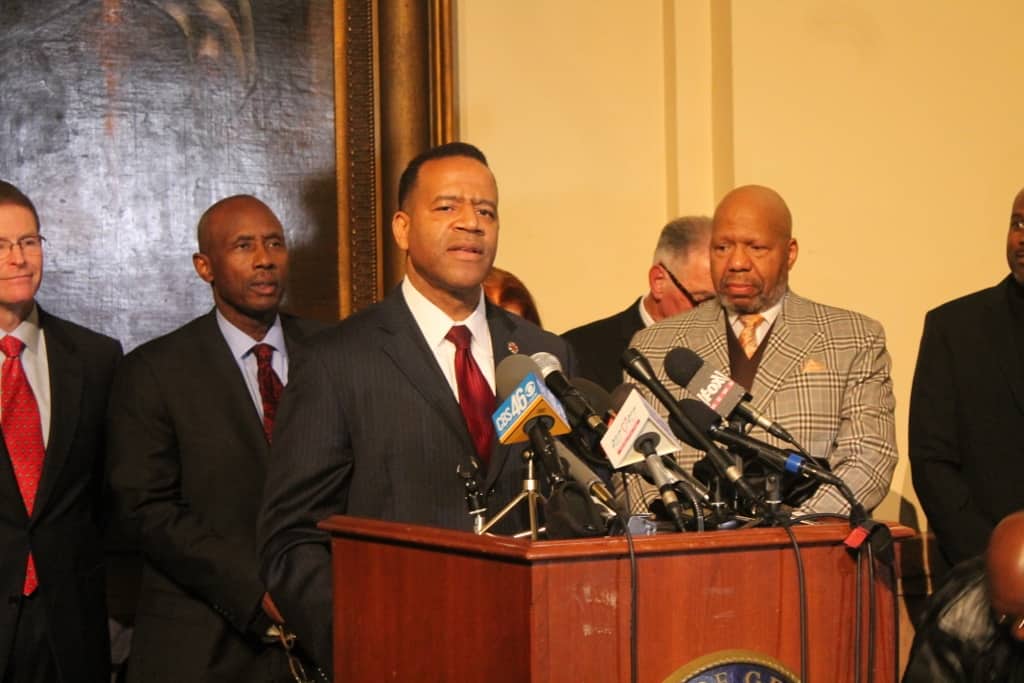 The city of Atlanta states it was well within its rights to sack former fire chief Kelvin Cochran after he wrote and published a book that contained anti-gay passages and handed that book out to many subordinates, according to court documents filed this week.

The city filed a motion on March 25 to dismiss Cochran’s lawsuit against the city and Mayor Kasim Reed. Cochran sued the city last month, alleging his constitutional rights to free speech and religion were violated when he was fired from his job after writing a book that included passages comparing homosexuality to bestiality and pedophilia.

Cochran was first suspended for 30 days when news of his book, “Who Told You That You Were Naked?” became public. On his first day back on the job after his suspension, he was given the option to resign or be fired. Cochran chose to be fired.

From the city’s motion to dismiss:

[Although] plaintiff states that his religious beliefs compel him to honor God in all aspects of his work and to treat staff and community members equally, he does not allege that his religious beliefs compelled him to publish a book about his beliefs while actively serving as the Fire Chief and without obtaining prior written approval of the City of Atlanta Board of Ethics per City Code Sec. 2-820(d).

Plaintiff further fails to allege that his religious beliefs compelled him to distribute up to 22 copies of his book to various City of Atlanta employees, including approximately 18 who were Plaintiff’s subordinates in AFRD, thus bringing the book to the attention of his employer when an AFRD employee complained to a Councilmember [Alex Wan] and leading to his termination approximately one year after his book was published.

Cochran's attorney, David Cortman with Alliance Defending Freedom, told the Washington Times in response to the city's motion for dismissal, “In America, a religious or ideological test cannot be used to fire a public servant, but that’s precisely what the city did. That endangers everyone who works for the city who may hold to a belief that the city doesn’t like,” Mr. Cortman said. Moreover, the First Amendment “fully protects” the freedom of any public employee to distribute religious materials at work to those willing to receive them, “and no city rule — written or unwritten — can override that freedom.”

The city's motion also notes that the constitutional right to free speech must "relate to a matter of political, social, or other concern in the community." Because Cochran himself noted the book was written for a men's Bible group, a limited, targeted group, it does not fall under free speech protections.

"Plaintiff’s book is also not the type of speech on a matter of public concern that is uniquely informed by his knowledge as a government employee, thus rendering his speech of particular value to the general public which may not otherwise have access to the benefit of that information," the motion states.

Reed has stated repeatedly that Cochran was fired for not following city policy when he published his book, including not getting permission from the mayor to write the book. Cochran also violated the city’s nondiscrimination policy that includes prohibiting bias against people for their sexual orientation and gender identity, and also for distributing his book to subordinates who did not ask for it, the mayor said.