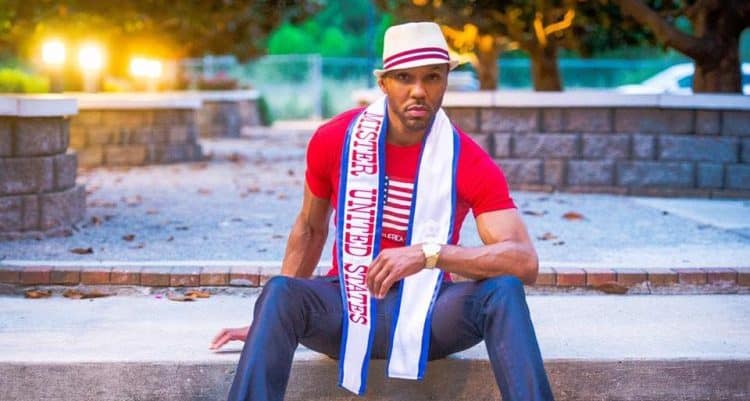 Atlanta is the third city on Wilson’s 2017 national tour to find his successor as well as the next Mr. Teen United States.

“The guys can come to a casting call and do a quick audition,” Wilson said. “If they’re not interested in making it to one of the cities, they can apply online.”
He said all that’s needed from prospective contestants is for them to bring their best selves.

“So many times in pageantry we tend to feel like there’s an image or a look or a prototype that people are looking for. We’re really looking for guys who are very sure of themselves and have something to offer,” Wilson said.

Both the in-person auditions and the online applications will be reviewed by a selection committee, which will choose finalists to compete in the pageant this summer. The contest is open to men — including transmen — who are between the ages of 14 and 34.

“Atlanta is a very special place because it really reflects the diversity of our nation in a lot of ways,” Wilson said. “To be a representative from this area I think would mean a lot.”

The pageant will include a private interview, fitness and swimwear, runway fashion, formalwear and an onstage question. There is also an optional talent portion, as well as a community platform.

“I found it’s not just the pageant, but being the title holder, I’m learning more about who I really am,” Wilson said. “It’s something about this idea of being your best self.”

Wilson is originally from Baton Rouge, Louisiana, and graduated from Southern University with a degree in political science.

“When I was younger, like most Southern guys, we tend to be very drawn to our families. My family was very big on education and they thought I had a knack for something in the legal field, but I really always had this underlying passion for the arts,” he said. “I literally found myself in theater and dance and that is what catapulted my career in a very different direction.”

Wilson worked with women’s pageants for several years and was approached by a colleague about applying for the Mr. United States pageant. Once he got involved, he said he dreamed about getting the crown and sash handed to him onstage.

LOVE Matters is the platform Wilson presented for his year-long reign. LOVE, which stands for “Living Optimistic Values Every Day,” brings focus and energy to the idea of love for self, love for others and love for something greater, he said. His platform is a combination of two movements that feed directly into his identity as a black gay man: Black Lives Matter and Love Wins.

“Loving on yourself, that in turn allows you to give your best self to the world,” Wilson said. “My mission is to kind of preach love and encourage people in society to be a little more intentional about it.”