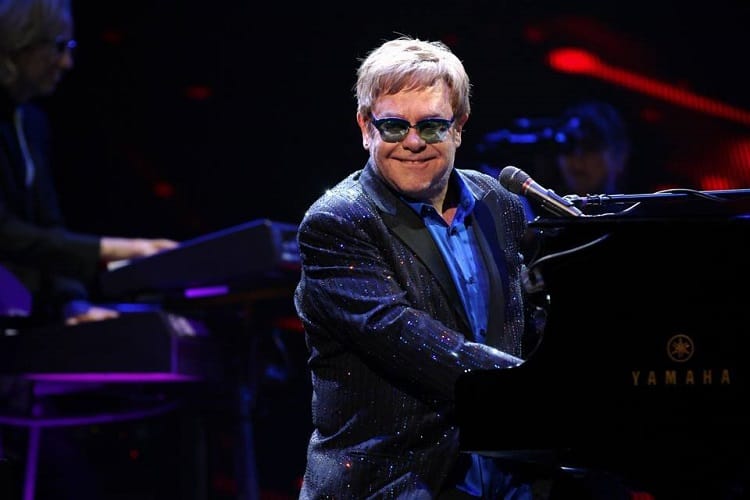 Part-time Atlantan, full-time music legend Elton John has jumped into the fight over state Sen. Josh McKoon’s (R-Columbus) so-called “religious freedom” bill, calling it a “wolf in sheep’s clothing” and saying it would discriminate against the LGBT community and those living with HIV.

The openly gay musician squared off against Atlanta attorney Jack N. Sibley in dueling op-eds in the AJC today, telling personal stories about friends dying of AIDS and how HIV/AIDS rates remain disproportionately high among LGBT people of color and low-income people in the South.

“That’s why I’m so opposed to SB 129,” he writes. “Simply put, this bill is a wolf in sheep’s clothing. It promises religious freedom, but let’s be clear: No one’s religious freedom is at risk! Both the Georgia Constitution and U.S. Constitution very explicitly protect this right. What SB 129 will really do is institutionalize the hate some people hold in their hearts against other people. It will turn back the clock on the progress we have made — not only in the fight against HIV, but also in the struggle for a more equal and just society.”

McKoon and Rep. Sam Teasley’s “religious freedom” bills failed to pass in last year’s legislative session, but McKoon’s bill has moved swiftly through the process since being introduced in mid-February. McKoon’s bill passed in the Senate on March 5 and is now being taken up in the House. Teasley dropped his House version of the bill and has pledged to do all he can to see that SB 129 gets passed.

Georgia Unites Against Discrimination, a bipartisan LGBT rights coalition, has scheduled a rally to take place in opposition to the bill next Tuesday, March 17, in the Liberty Plaza at the Georgia State Capitol. No word yet on if a certain piano-playing AIDS activist will be in town for an appearance. According to his tour schedule, he plays in Jacksonville, Florida on March 14 and isn’t due to play another show until March 18 in Las Vegas.