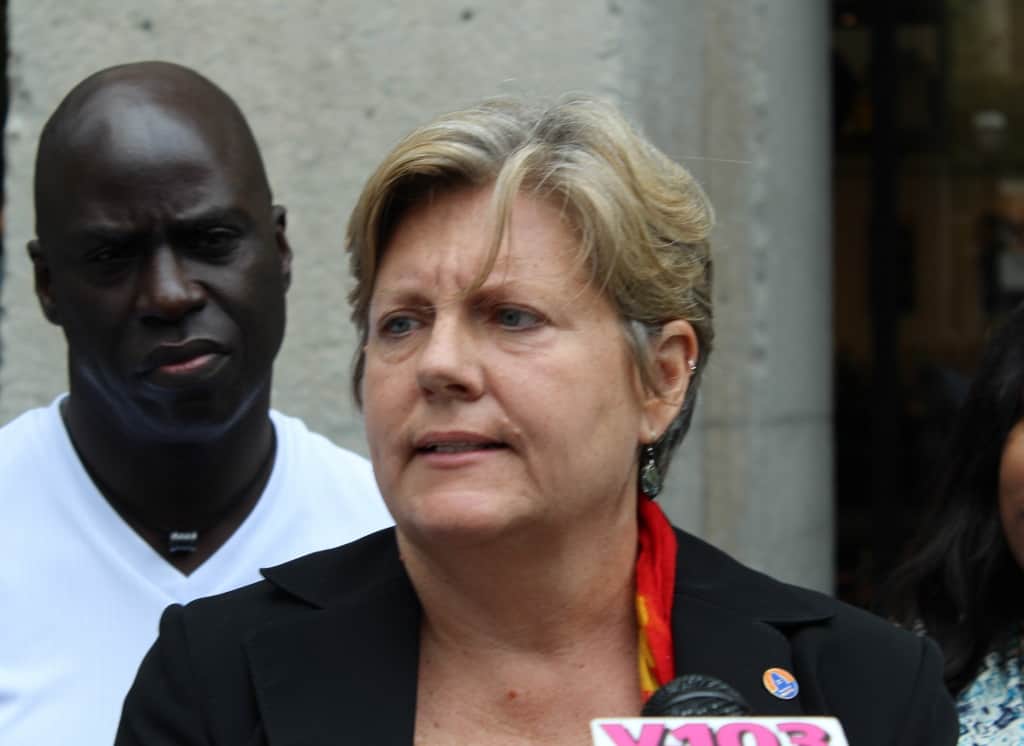 The press conference followed the Wednesday night incident in which Dylann Roof, 21, sat through a prayer meeting at the historically black Emanuel AME Church in Charleston, South Carolina before opening fire, killing nine people. Among the dead was the church’s pastor, Clementa Pinckney, who was also a state senator.

Roof, who is white, is in custody and has confessed to the murders, saying he wanted to start a race war, according to CNN.

“As you know, Georgia and South Carolina are two states without hate crimes legislation, and this is a call to action to urge legislators to pass hate crimes legislation because it’s very needed. I think that these cases, sadly as you look across the nation, are not isolated incidents. There is clearly a culture that is breeding the Dylann Roofs of the world and we’re here to stand against that.”

Rob Woods, senior field organizer for Georgia Equality, added, “There are five states in the nation that don’t have hate crime laws, and that is where we see an absolute link of where we need to be more cooperative. We felt that by coming out and supporting Rainbow PUSH and speaking out against the violence, this is a good intersectional place for us to start a dialogue and work towards issues in the legislature and in our communities and overall build a stronger human bond versus this ‘us and them’ relationship that we have.”

Rainbow PUSH Coalition representatives also criticized House Bill 3025, which recently passed in the South Carolina House of Representatives and which would do away with criminal background checks and gun safety classes as requirements to obtain a concealed weapon permit.

Roof is scheduled to appear before a South Carolina judge Friday afternoon. He is accused of nine counts of murder and possession of a firearm during the commission of a violent crime.

The Atlanta Pride Committee also issued a statement on the Charleston shootings on Friday: “On behalf of our board of directors, volunteers, and staff, the Atlanta Pride Committee would like to express our sorrow and grief over the tragic events in Charleston, S.C., this week. We extend our sympathy, thoughts, and prayers to the families, friends, and loved ones of those murdered at the Emanuel African Methodist Episcopal Church. We stand in solidarity with all who are hurting from this senseless, tragic hate crime and reaffirm our desire to work towards a society where we all live together in full equality and safety.”

Learn more about the victims of the Charleston church shooting here.