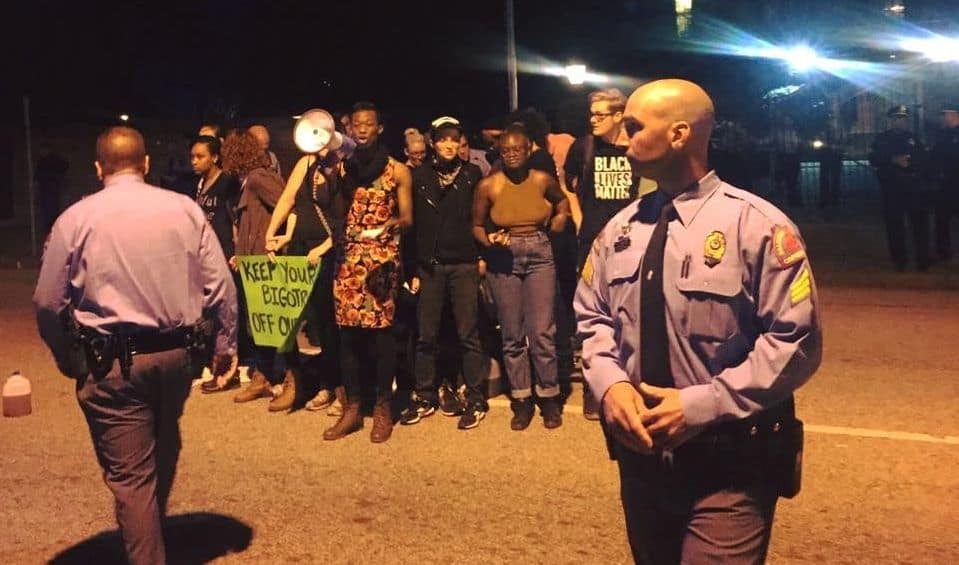 On the morning of March 28, when Georgia Gov. Nathan Deal vetoed House Bill 757, the controversial anti-LGBT so-called “religious freedom” bill, it was the end of the latest chapter of a local fight against such legislation. But the work continued for local LGBT activists and organizations fighting similar bills in other states across the South.

Case in point was the announcement that same day by Lambda Legal that they along with several other organizations were filing a lawsuit on behalf of three plaintiffs challenging North Carolina’s anti-LGBT law, House Bill 2. The lead attorney on the case? None other than Atlanta’s own Tara Borelli.

HB 2 took effect immediately after North Carolina Gov. Pat McCrory signed it into law on March 23 following a special session of the state legislature earlier that day. Among other things, it prohibits municipalities from enacting nondiscrimination laws that aren’t covered by statewide nondiscrimination laws (wiping out a number of nondiscrimination ordinances across the state that included protections for the LGBT community) and requires transgender people to use the bathrooms that match the gender marker on their birth certificate.

“HB 2 is an extraordinarily targeted and discriminatory law,” Borelli told Georgia Voice. “It was rammed through a special legislative session through a host of unusual and irregular procedural circumstances.”

That’s one point Lambda Legal, along with the American Civil Liberties Union, ACLU of North Carolina and Equality North Carolina, will make with their suit since the speed at which a law is rushed through has been a factor in prior cases such as this. They’re also claiming that the law violates the equal protection and due process clauses of the U.S. Constitution and violates Title IX laws.

Governor’s move a ‘band-aid of an executive order’

On April 12, facing mounting pressure from the public and the business community in particular, McCrory issued an executive action expanding the state employee policy to cover sexual orientation and gender identity, but among other things it still left in the part of the bill that forces transgender people to use the restroom that matches their gender marker—which is very difficult to change.

“It’s hard to put into words how painful and terrifying this kind of requirement is for transgender people in the state, including some of the plaintiffs we represent,” Borelli said.

The suit is in the preliminary stages right now but Borelli says they are racing to prepare to ask the court to prohibit the law by judicial order.

“HB 2 is hurtful and demeaning. I just want to go to work and live my life. This law puts me in the terrible position of either going into the women’s room where I clearly don’t belong or breaking the law,” said plaintiff Joaquín Carcaño in a statement. “But this is about more than restrooms, this is about my job, my community, and my ability to get safely through my day and be productive like everyone else in North Carolina.”

From the courts to the streets

While Lambda Legal and other groups fight HB 2 in the courts, locals from queer liberation group Southerners On New Ground (SONG) are taking to the streets. Local trans woman Micky Bradford, a regional organizer for SONG, has been on the ground in North Carolina as part of the growing opposition to the bill.

“We’ve mobilized a lot of the folks in our base in North Carolina. We’ve worked in coalition with the groups who are black and brown LGBTQ-led on the ground in North Carolina, and we’ve been lending a lot of legal advice through our collaboration with the Transgender Law Center,” Bradford told Georgia Voice.

Bradford also gained notice for something that had social media buzzing for days. Video emerged of her helping lead a recent protest against the bill in front of the governor’s mansion in Raleigh, and as a pounding drumbeat began, Bradford put aside her bullhorn and began voguing right in front of a line of police officers.

“It was a moment where I was tired after being one of the many folks holding down that direct action and protecting the folks who risked arrest. But also making sure the crowd there was guided in chants and guided in our mission. It was the end of things, we had just gotten folks out of the street and back onto the sidewalk,” Bradford said. “I was really tired and folks from the Black Lives Matter Queer and Trans People of Color Coalition were drumming and I was really feeling the beat and I felt like in this moment, I’m just gonna have fun with my folks. We know this backlash falls the heaviest on black and brown queer and trans people and I was just feeling being with my people in that moment and that’s what comes out when you get with your folks.”

Next up is a day of action planned for April 25, when the North Carolina legislature is scheduled to come back into their regular session.

Bradford and SONG are also pitching in to help fight anti-LGBT “religious freedom” bills in Mississippi and South Carolina (a transgender “bathroom bill” failed in the Tennessee legislature earlier this week).

“And if something pops up in Georgia again,” Bradford said, “Uhh Lord.”