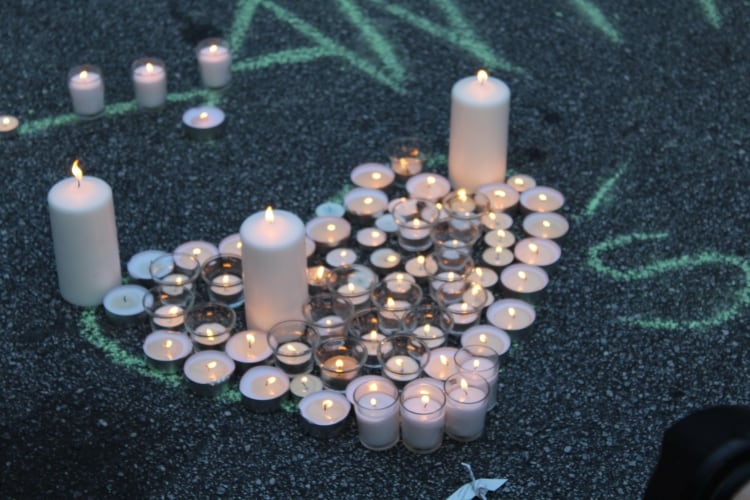 Atlanta’s LGBT community continues to step up to help the victims of the shooting at Orlando LGBT nightclub Pulse. So many fundraisers and tributes have been created that it’s hard to keep up, so here’s a handy guide so you know where and when to go. If we missed any or new ones are created, email me at psaunders@thegavoice.com and I’ll update the list.

And don’t forget, Uber is offering free rides to a few bars, events and organizations through Monday night, so take advantage of that while you can.

Atlanta Rollergirls will match donations collected during the games to go to Equality Florida’s GoFundMe campaign for the victims’ families and survivors of the shooting. They’ll also be offering $10 off doubleheader tickets for anyone who donated blood this week.

Tribute will be paid to the victims, a representative from Equality Florida will speak and then a number of Atlanta’s best drag performers will put on a show. $10 admission at the door, with 100 percent of the proceeds going to Equality Florida’s GoFundMe campaign and additional opportunities throughout the evening to donate. 18 and up.

There will be a raffle with a number of top notch items donated from various companies, DJ Liz Owen will be spinning and there’s a 7 p.m. drag show featuring Jordan Michaels McCord and Will Walker. $5 minimum donation at the door with all proceeds from the door and the raffle going to Equality Florida’s fundraiser. MSR’s owners are also donating 10 percent of gross sales through Sunday.

The LGBT-inclusive Atlanta Bar Church is dedicating their Sunday night service to the victims. The offering collected during the service will be donated to Equality Florida’s fundraiser, and therapy dogs will be present.

Lesbian-owned 18.21 Bitters hosts this benefit at TEN, with 100 percent of proceeds from purchases of Absolut 18.21 cocktails going to Equality Florida’s fundraiser. Featuring a performance by Phoenix from “Rupaul’s Drag Race.”

This performance will be dedicated to those affected by the Orlando shooting and will feature a tribute to the victims. AGMC has waived all ticket prices and will be collecting donations for the Equality Florida fundraiser instead. Still a ticketed event so make sure to reserve yours before going.

Local artist and designer Pauline Lu designed stickers with the theme “Love Is Love,” with the profits from all sticker sales to be donated to Equality Florida’s Pulse Victims Fund. The stickers run $10.12 and are available here through July 31.