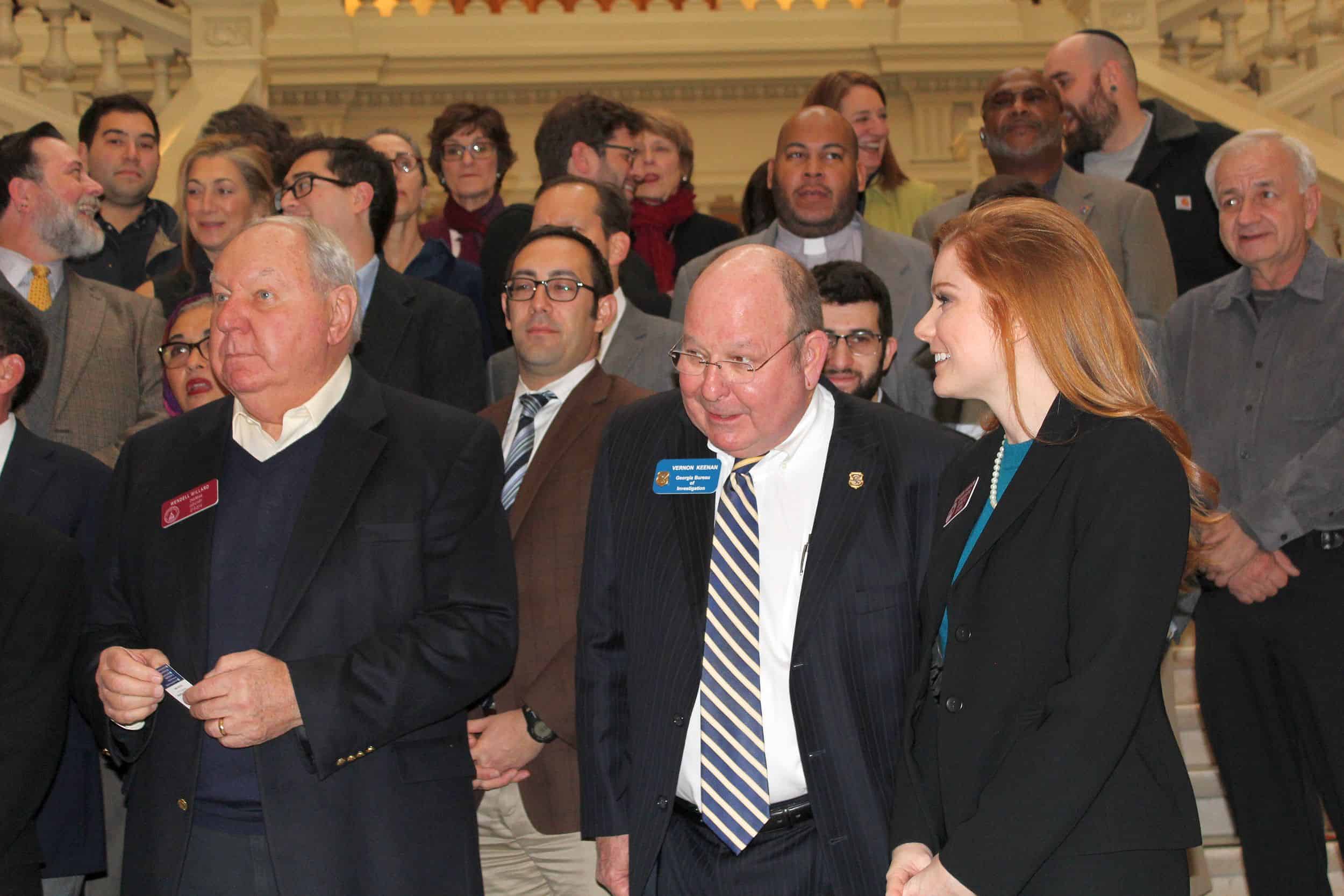 That hate crimes bill state Rep. Meagan Hanson (R-Brookhaven) said she was planning on introducing has been pre-filed, and its name is House Bill 660. Hanson pre-filed it Thursday, one day after a splashy press conference at the Capitol that saw Hanson backed by House Judiciary Committee Chair Wendell Willard (R-Sandy Springs), crucial law enforcement groups and several other stakeholders.

Jeff Graham, executive director of Georgia Equality, told Georgia Voice he’s been looking at the language of the bill with the Anti-Defamation League and, after making sure that it covered sexual orientation and gender identity as promised, he’s trying to get a clearer picture on where they are with co-sponsors. So far the sponsors listed are Reps. Hanson, Willard, Calvin Smyre (D-Columbus) and Karla Drenner (D-Avondale Estates), one of four LGBT members of the Legislature and the first ever openly LGBT person elected to that body.

“In general, I think it’s a good, strong, solid bill,” Graham said. “This can be some very important legislation that I hope that we see passed in 2018.”

Anthony Kreis, a LGBT legal expert and visiting assistant professor of law at Chicago-Kent College of Law, reviewed the bill as well.

“The legislation essentially enhances the penalty for criminal activity where the victim is intentionally targeted because they are, or the perpetrator thinks they are, a member of one of the protected classes. The bill largely mirrors hate crimes laws in states across the country and federal law,” he told Georgia Voice. “Certainly, this legislation would be a tremendous step forward in achieving justice for LGBT victims— particularly since LGBT people are disproportionately victims of violent crimes. But ultimately, enhancing penalties are unlikely to deter people driven to commit crimes because of their biases from doing so. So, while this is an important piece of legislation that would expressly protect LGBT Georgians for the first time in state law, it does not solve all the issues the LGBT community faces with respect to criminal justice. It will be important to continue to look at issues like police training, banning the LGBT panic defense, and securing laws safeguarding jury service, as well.”

House Speaker David Ralston promises that the bill will get a hearing, but told the AJC that he’s not yet committed to supporting it. Georgia is one of five states without a hate crimes law.

Here’s a copy of the bill below: