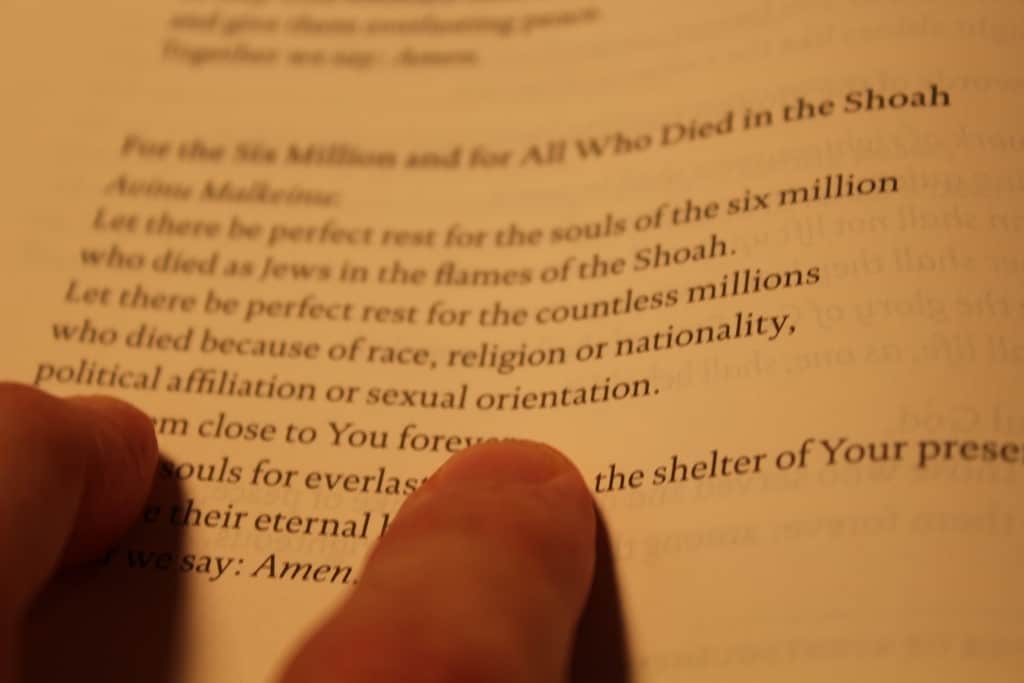 This Rosh Hashanah and Yom Kippur, numerous Reform synagogues throughout the United States and Canada, including two in Atlanta, are using a new prayer book, or “machzor,” that reflects the changing attitudes toward women and LGBT people within the Jewish faith. It is the first update to the Reform prayer book since 1978.

References to “bride and groom” have been changed to “couple,” there's a new non-binary pronoun, selections from gay and lesbian poets are included, those who died in the Holocaust due to their sexual orientation are honored and more.

It's a project five years in the making, courtesy of the Central Conference of American Rabbis (CCAR), the principal organization for Reform rabbis in the U.S. and Canada.

Addressing the needs of the 21st century

Plans for the new prayer book began in 2009. A few years earlier, CCAR published a prayer book for Shabbat and every other Jewish holiday except Rosh Hashanah and Yom Kippur.

“People began to get used to the style of that prayer book. It's got a unique style and approach to theology,” says Rabbi Hara Person, Director of Strategic Communications for the CCAR, noting the use of multivocality to include a number of voices and interpretations.

There also had been plenty of changes in the Jewish community since the previous prayer book was published back in 1978, not the least of which was in attitudes toward women and the LGBT community.

A committee of seven was formed, with regular meetings, drafts and rewrites occurring over the ensuing five years, including a pilot program to see what was working and what wasn't. And as the sun set on Sunday, Sept. 13 of this year, the Jewish New Year of Rosh Hashanah began and Reform synagogues began using the new prayer book. Yom Kippur, or the Day of Atonement, begins after sundown on Sep. 22.

'You're welcome, you have a place here, we want you to be here'

Rabbi Peter Berg of The Temple in Midtown Atlanta was on that CCAR committee and was one of one two local rabbis to start using the new LGBT-inclusive tome, along with Rabbi Ron Segal of Temple Sinai in Sandy Springs.

“The editorial committee worked very hard to make sure the machzor was inclusive,” Berg says, calling it “the most inclusive machzor in our movement’s history.”

Berg mentions the inclusion of a selection from Walt Whitman's “Leaves of Grass” in the Rosh Hashanahh edition that reads, in part, “As to me, I know of nothing else but miracles, whether I walk the streets of Manhattan … or talk by day with any one I love—or sleep in the bed at night with any one I love.”

He also singles out a memorial prayer in the Yom Kippur edition to honor those who lost their lives in the Holocaust.

“Let there be perfect rest for the countless millions who died because of race, religion or nationality, political affiliation or sexual orientation. Hold them close to You forever,” it reads.

“One of the issues throughout was, we wanted to use language that was very inclusive and very careful,” Person says. “So there's never going to be anything throughout the book that assumes heterosexuality. It's an overall sensitivity about inclusion and not wanting to make anybody feel other.”

The new prayer book was updated in other ways as well, including transliteration for those who cannot read Hebrew and different theological perspectives for those who don't have a traditional hierarchical relationship with God. There are also references to God as “she” and “compassionate mother.”

“I think [the changes] are significant because they really open doors that might not have been opened before,” Person says. “It means that we're saying 'You're welcome, you have a place here, we want you to be here' to people who might have otherwise felt closed out.”

Samples of LGBT-inclusive changes to the Reform prayer book