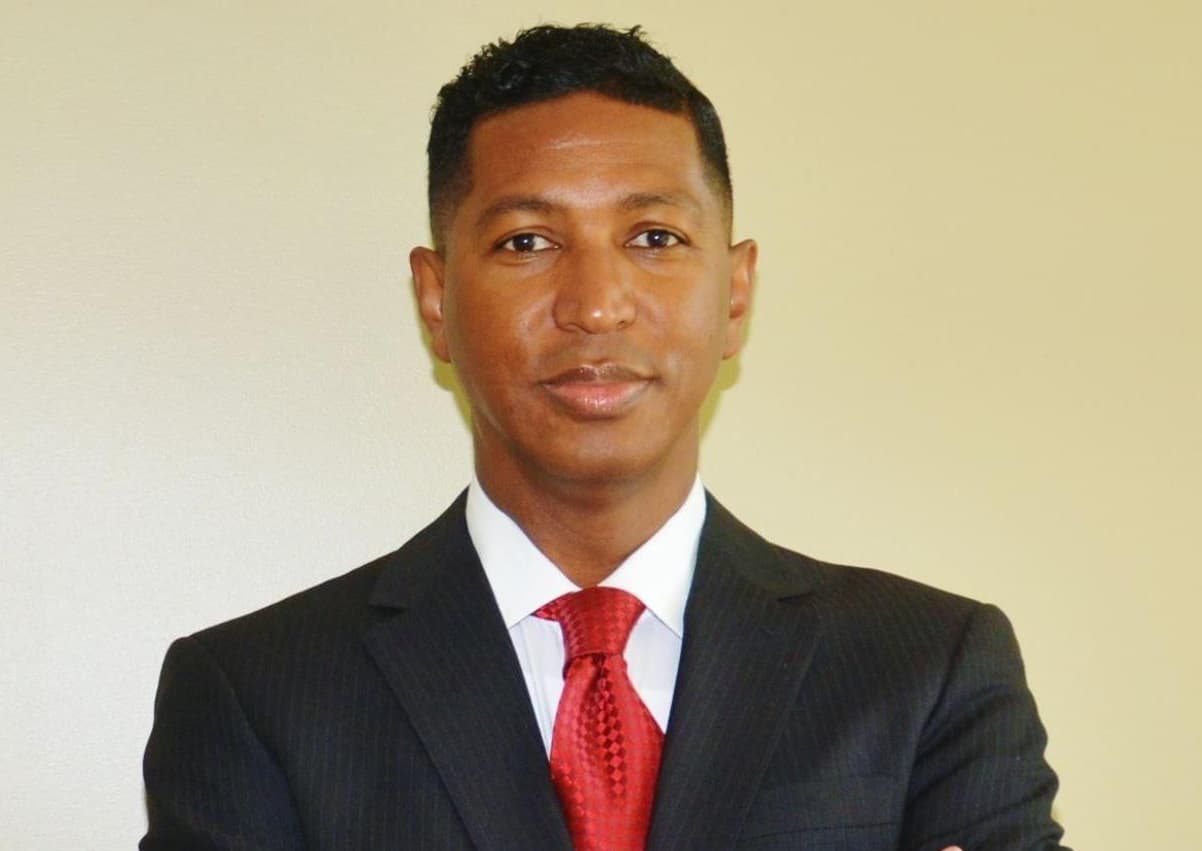 One of the first things you notice when you talk to Rafer Johnson is that he loves South Fulton and he wants everyone to know it.

“I’ve lived here since 2001. I built my first house here,” he said. “For me, it’s about having pride in our city. I want our kids and our residents to say they’re proud to be from South Fulton, not that they live near Atlanta or College Park.”

Johnson, who is openly gay, is running to be the inaugural mayor in the newly chartered city of South Fulton after losing a bid last year for the Georgia House of Representatives. He’s worked for more than 30 years in business, served as chair of Fulton County’s Housing Authority during the Hurricane Katrina disaster and was chair of South Fulton NOW, the coalition dedicated to establishing South Fulton as a city.

Johnson said he has no shame in his sexuality and it has helped equip him to serve in this role. He has marched in the Atlanta Pride parade and is married to Kelly Johnson, who serves on the board of directors for Georgia Equality.

“We’ve faced a lot of adversity as gay people,” he said. “I know what it feels like to have challenges, uphill battles and have people count you out. I’m sure there’s going to be bumps in the road, and I’m not going to be easily shaken. We’re a new city and there’s people questioning if we can even do this.”

If elected, Johnson would be the only openly gay mayor in Georgia, and though being gay is a part of his life, he doesn’t want it to define him.

“I’m a candidate who happens to be gay, I’m not the gay candidate,” he said.

‘We’re set up for success’

South Fulton was chartered last month with 59 percent of citizens in the area approving the charter. The latest census reports approximately 87,000 people live in the city, but Johnson said the number is around 125,000 now due to rapid growth in the area.

All cities face challenges when electing new officials and South Fulton is no different. Though they’re in a great starting place, he said.

“We’ve been operating on our own as unincorporated South Fulton and have our own budget,” he said. “So we don’t have to start from scratch, but we do have new people. We have a two-year transition period ahead of us, but we have to take our time. That’s why I wanted to step up. I want to make sure that we apply the surplus that Georgia projects for us, up to $17 million. We want to take our time and make sure we spend our money right.”

With the surplus, a growing population and a passion for his city, Johnson said there’s a wealth of opportunity.

“It’s about vision for the future,” he said. “I believe that the first mayor and city council have to be ones that are visionary, energetic and accessible to the people. We’re not facing challenges that other cities face. We don’t have those.

“We’re walking in with a surplus of $17 million and have lots of undeveloped land. We’re right next to the airport and have rail running right through our city. We’re set up for success. It’s about having the right leadership to take us to the next level.”

Election will be held next March

Some of the bigger concerns facing South Fulton are taxes and establishing their own police and fire protections. The city has been under the umbrella of Fulton County’s police and fire departments.

“We’ve had good people in our area,” he said. “But out of the seven people making decisions, only one lives in our area. The difference is now, we’d have total control. All of the officials would be coming from our district. They’re people who live here, eat here, shop here and send their kids to school here.”

As for taxes, Johnson frequently repeats a phrase that best sums up his stance: hold the line.

“I’ll definitely hold the line on that,” he said. “I don’t want to see our taxes raised unless it’s related to our property values going up. There’s no need to raise our taxes at this point at all. I want to develop more businesses in the community, so we can supplement what we have already.”

The election will be held March 21 and the new administration will take over May 1. Until then, Georgia Gov. Nathan Deal has said he will establish a five-person commission to help establish the city.

Johnson touts his accessibility as something he’s incredibly proud of and something he expects in whoever is elected mayor. He’s established a voter hotline for citizens in the area to call to have direct access to him.

“I’m inviting residents to call with their hopes, dreams, concerns, fears and questions,” he said. “Anything they want to know, I’ll be there.”

Johnson pointed to his experience and love for the city as why he’s the best candidate.

“I want people to know that I come to the table with lots of experience and I come from the community,” he said. “I’ve been here since 2001 and I’m going to be here. Someone asked me the other day, ‘How do we know you’re going to be here?’ And I joked, ‘I just put in a sprinkler system.’”