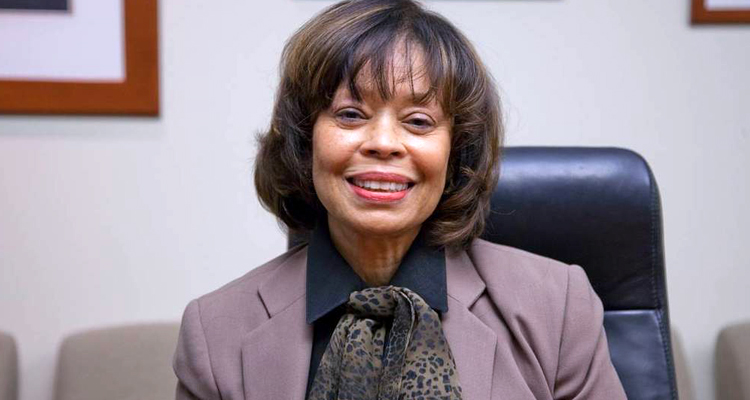 When it comes to the discussion of HIV in the black community, black men (especially those who have sex with men) are usually at the forefront. However, this fails to encompass the entire scope of HIV among African Americans; in reality, black women are the women most burdened with HIV in the United States.

Their needs and issues differ from those of infected black men, but the treatment and solutions aren’t being created with them in mind. That’s why the Sanfoka Collaborative, a collaboration of African American and Afro-Latino health professionals, have said, “Enough is enough!” Thus, came the creation of A Paradigm Shift 2.0, a two-day conference all about the impact of HIV/AIDS on black women and their families.

“[T]he HIV incidence and treatment of African American women is substandard and shameful,” Dr. Gail Wyatt, a clinical psychologist, board-certified sex therapist, and professor of psychiatry and bio-behavioral sciences at The Semel Institute for Neuroscience and Behavior at UCLA, told Georgia Voice. Dr. Wyatt is one of the event’s featured speakers and will launch the conference with a talk on the effects of the sexual, psychological, and physical trauma present in African American women’s history.

Because black women are often excluded from decision-making positions of power, their needs are going unmet. According to Dr. Wyatt, this silencing of HIV-positive black women is reminiscent of the centuries of racism and sexism present in our history.

“Many of the ways African American women are being treated are very similar to old histories of segregation and sexism, in the way that all of the services and attention are being placed on men,” she said.

“[HIV-positive black women] have different needs and issues, so the treatment and concern [for HIV] should not be one size fits all.”

Some of these issues HIV-positive black women face that just aren’t being addressed? The intersection between HIV and reproductive health is crucial when discussing HIV among women, yet many HIV clinicians lack serious knowledge on reproductive healthcare.

This poses a problem to women who lack the funds or transportation to go from doctor to doctor, or mothers who have the responsibility of taking care of their children during the day. Fear of racist or sexist discrimination from healthcare providers can also sway black women from visiting a doctor altogether.

Black women tend to also have a fundamental misunderstanding of their bodies or risk factors, Dr. Wyatt says, due to a dearth of comprehensive sexual education, stereotypes regarding black women’s promiscuity, and a serious lack in availability of healthcare and information to people of color – especially in the South.

All of these issues and many more will be discussed at the conference, which will feature keynote speaker Professor Angela Davis, as well as other featured speakers like Stacey Abrams, Dr. Tené Lewis, Dr. Imani Ma’at, Hydeia Broadbent, Dr. Cheryl Grills, and Londyn de Richelieu.

“The conference will include experts, mostly African American women, who will be talking about either their own research or their own experiences and expertise in the areas of HIV, mental health, health, and social justice,” Dr. Wyatt said. “This event will be very exciting. HIV-positive women will be in the room with women who don’t have HIV [because] when we have an epidemic disease, all of us are being affected … Everyone stands at risk because our children and teenagers don’t know enough.”

“There will be many issues on the ballot in November that we will be addressing in this conference,” she continued. “We want to invite people to come and hear the expert presentations by African American women. We want to demonstrate that if anybody has any confusion about what African American women need, we have the experts that can provide that information for them.”