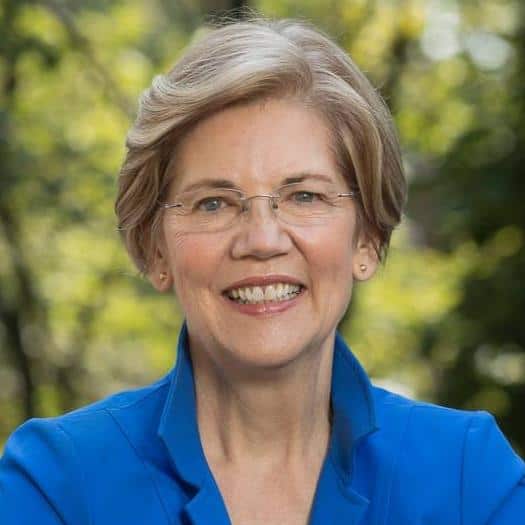 Democratic Senator Elizabeth Warren announced her bid to challenge Donald Trump for the 2020 presidency with a video featuring a Pride parade and a same-sex wedding, reported PinkNews.

Warren announced today that she is launching an exploratory committee for a Presidential challenge. The announcement video, which was posted to social media, called out the Trump administration for dividing the country with “fear and hate.”

“People who would do or say anything to hold onto power point the finger at anyone who looks, thinks, prays, or loves differently than they do,” Warren said in the clip, which featured footage of same-sex weddings and Warren dancing in a Pride parade in Boston. “But this dark path doesn’t have to be our future.”

Along with the pro-LGBTQ message and imagery, the Massachusetts senator’s video promised to find a way to fight growing income inequality in the country and claimed that political corruption is “poisoning our democracy.”

Warren has maintained a strong pro-LGBTQ legislative record throughout her term as senator. Warren has a 100 percent rating on the Human Rights Campaign’s Congressional Scorecard because she has voted in favor of every LGBTQ rights reform since 2013, when she was elected.

In a letter for Pride Month 2017, Warren expressed her support of the LGBTQ community, saying, “Pride shows our country at its best: diverse, inclusive, united, and strong.”