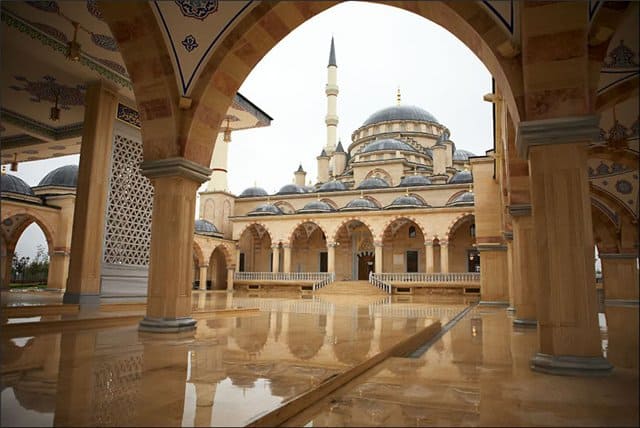 LGBTQ news outlet Gay Star News (GSN) announced the launch of their initiative to protect the LGBTQ community being persecuted in Chechnya,  a semi-autonomous Russian republic.

Hundreds of LGBTQ Chechens have been detained since 2016 for their sexuality. In a recent resurgence of the anti-LGBTQ crackcdown, at least two were killed and 40 detained illegally.

GSN partnered with the Russian LGBTI Network to help protect those being persecuted by raising money to evacuate them from the country.

“In 2017, the world learned about what could happen in our industrial age: people are caught, torture and killed solely because of their sexual orientation,” Mikhail Tumasov, Chairperson of the Russian LGBTI Network, told GSN. “And here again, a new wave. Again, ordinary people and their families suffer. And this time, the killers are more cynical, for they enjoy their impunity. Putin is silent, so it means he feels fine with these murders.”

The Russian LGBTQ Network has worked to get LGBTQ Chechens to safety by organizing them new IDs and rushing them to safe houses. From these safe houses, they try to evacuate them to a new country where they can seek asylum and live a safer life.

However, this comes at a cost: seeking asylum costs at least $4,555 per person. GSN is helping to raise these funds for the Russian LGBTI Network to ensure more LGBTQ Chechens get to safety.

“LGBTI people in Chechnya urgently need our help to save them from imprisonment, torture, and murder,” said editor-in-chief at GSN Tris Reid-Smith. “Every dollar, euro, and pound our community gives will help evacuate the LGBTIs in the most danger.”

Reid-Smith said he hopes this will bring the potential of freedom not only to those being persecuted in Chechnya but around the world.

“[W]e want to give hope to LGBTIs in Chechnya and in other countries facing persecution,” he said. “We want them to know our community loves them and that we stand with them in the time of their greatest need.”

You can donate to GSN’s Chechnya Crisis Appeal here.