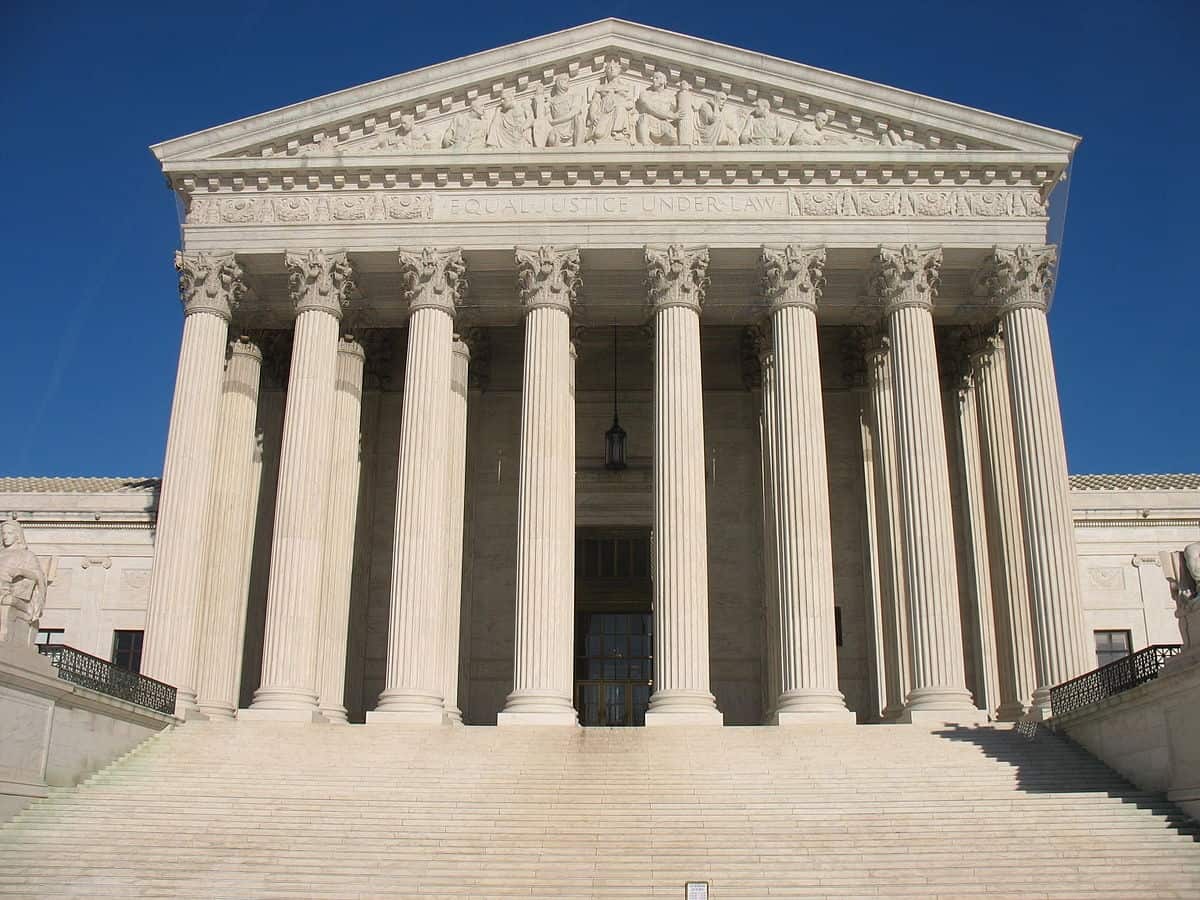 There will be at least one case before the U.S. Supreme Court this session testing the ability of groups to claim an exemption to state laws based on their religious affiliation. A second case is asking the court to decide whether a school can be denied state funding if it refuses certain students for religious reasons. And a third is seeking the court’s opinion as to what “sex” means in the context of federal laws barring sex discrimination.

Monday, October 3, is the first official day of the U.S. Supreme Court’s 2016-17 session –a session that could have significant impact on prospects for equal protection for LGBT people. The court could decide how free a religious-oriented institution is to discriminate. And it could decide whether federal law already prohibits discrimination based on gender identity. Finally, this term, the U.S. Senate is expected to confirm a ninth justice.

Here’s a quick review of what to look for in the coming weeks:

This is the transgender student case from Virginia. A three-judge panel of the 4th Circuit U.S. Court of Appeals ruled (in a 2 to 1 vote on April 19) that Title IX of the federal Education Amendments Act of 1972 –which prohibits discrimination based on sex by federally funded educational institutions— also prohibits discrimination based on gender identity.

The appeals panel majority’s ruling in Grimm v. Gloucester came on preliminary motion in a lawsuit filed by a transgender student, Gavin Grimm, in Virginia. The preliminary motion requested that Grimm be able to use his public high school’s boys’ restrooms until his overall lawsuit –arguing that Title IX does cover gender identity– can be resolved.

In its petition to the Supreme Court, the school district’s primary argument is that, when Congress passed Title IX, it intended the word “sex” to mean “nothing more than male and female, under the traditional binary conception of sex consistent with one’s birth or biological sex.” The U.S. Department of Education’s interpretation of “sex” to include “gender identity,” it argues, amounts to creating new law.

Attorneys for Grimm, which includes the ACLU, submitted their reply brief September 13. Their primary argument is that this case is “the wrong case at the wrong time.” There are no conflicts –yet- among the various federal appeals courts, says the brief, and the 4th Circuit has not yet had a chance to rule directly on the merits of the central issue. ACLU attorneys also suggest Gloucester is attempting to expand the case into a challenge of the Department of Education guidelines; instead, says the ACLU, the case is just about the school district’s own determination that Title IX does not cover gender identity.

Attorneys from most LGBT legal groups are expected to submit briefs on behalf of the student.

At deadline, the case had not yet been scheduled for a “conference,” a meeting where the justices decide whether to take up the case. But Amy Howe at scotusblog.com says the case could be on the agenda for the October 14 conference.

One case that was scheduled for conference, for September 26, was recently postponed to give the parties more time to submit their briefs.
The case involves a wedding cake baker, Jack Phillips, and his Masterpiece Cakeshop in Lakewood, Colorado. When a same-sex couple asked the shop to prepare a cake for their wedding reception, Phillips said no, saying it was against his religious beliefs. Oddly, however, he agreed to sell them other baked goods.

The couple filed a complaint with the state Civil Rights Division, which agreed Phillips violated the state law barring sexual orientation discrimination in public accommodations. Phillips appealed through the state court system, which ruled against him. The Colorado Supreme Court refused to hear his appeal. And the Alliance Defending Freedom has taken the case to the U.S. Supreme Court.

The ADF’s petition to the high court argues that Phillips’ Christian belief “compels him to use his artistic talents to promote only messages that align with his religious beliefs.” By ordering Phillips to create a wedding cake for a same-sex couple, says ADF, Colorado is violating the First Amendment’s guarantee of freedom of speech and “targets Phillips’ religious beliefs about marriage….”

The case is similar to one out of New Mexico in 2013, Elane Photography v. Wilcox. In that case, the photographer, also represented by the Alliance Defending Freedom, said her religious objections to homosexuality should trump the state’s interests in eradicating discrimination against LGBT people and that the First Amendment guarantee to freedom of speech should protect her ability to express her beliefs. The Supreme Court declined to hear the photographer’s appeal.

The Supreme Court has given the ACLU, which is representing the same-sex couple, until November 29 to file its response brief.

One case the Supreme Court has agreed to hear this session also implicates state laws against non-discrimination and the church.
Trinity v. Pauley involves a conflict is between the state of Missouri and a church-run daycare school that wants state funding to provide a softer surface for the school’s playground.

The state’s program, funded through a fee it imposes on the purchase of new tires, provides grants to non-profit groups for such playground resurfacing. But non-profits operated by churches are not eligible for the program. That’s because the Missouri constitution states, “no money shall ever be taken from the public treasury, directly or indirectly, in aid of any church, sect, or denomination of religion….”

Trinity Lutheran in Columbia says its exclusion from the state’s scrap tire program violates the First Amendment’s guarantee of Free Exercise and Free Speech, as well as Equal Protection and other clauses. A district court dismissed its lawsuit, and a divided Eighth Circuit appeals court upheld that dismissal.

“The omissions are unsurprising given that Trinity’s parent denomination, the Lutheran Church-Missouri Synod, holds that being lesbian, bisexual, gay, or transgender is ‘intrinsically sinful’,” states Lambda’s brief.

“There is thus reason for concern that the [school] seeks government aid that would support discrimination in its program based on sexual orientation, gender identity, and religion….”

Lambda attorney Camilla Taylor said the ADF is “pushing the idea that whenever government denies funding to an organization based on religion, this is discrimination on the basis of religion.”

“This is not a new argument,” said Taylor, “but it’s come up in a context –for a grant program in Missouri—in a way that is particularly concerning.”

A ruling in this case could open the way for such groups as Catholic Charities –which will not place foster children in gay homes— to tap into government funding even while violating non-discrimination laws.

The Supreme Court has not yet set the date for argument in Trinity, but it was not scheduled for October or November.

Meanwhile, the high court will be opening its 2016-17 session with only eight justices on the bench. Republicans, who control the Senate, continue their blockade against President Obama’s nominee to replace the late Justice Antonin Scalia. When Scalia died in February, Obama nominated federal appeals Judge Merrick Garland of the D.C. Circuit to replace him.

Senate Majority Leader Mitch McConnell said this month that the Senate will not vote on Garland’s nomination this year even if Democrat Hillary Clinton is elected president. Some political observers had speculated the Senate Republicans might want to confirm Garland, who is seen by most as a moderate, if Clinton is elected, rather than allow her to choose a more liberal nominee.

The Senate has also refused to vote on a number of other nominees to federal courts, including that of lesbian attorney Inga Bernstein, who has been nominated to the district court bench for Massachusetts. President Obama nominated her in July 2015.