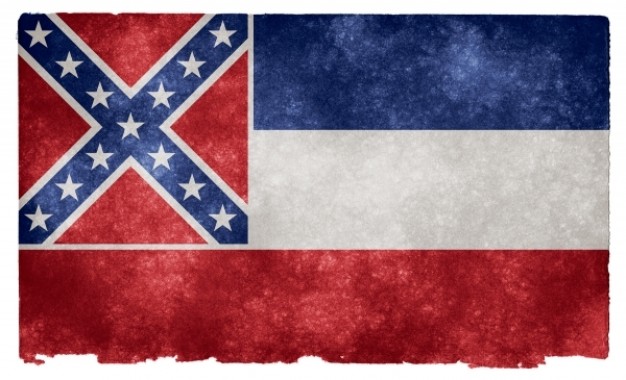 The Mississippi House vote 80 to 37 Wednesday evening to approve a dramatically altered “religious freedom” bill that simply calls for a joint House-Senate Judiciary committee to prepare a report “regarding proposed legislation that protects the religious freedoms of the citizens of the State of Mississippi.” The report is due Dec. 31.

The amended bill averted a vote on the bill originally sent to the House floor that would have allowed a person to discriminate against others by asserting he or she has a religious motivation for doing so. The Mississippi Senate had already passed a religious bias bill that went even further than the House version.

Mississippi’s Republican Gov. Phil Bryant has expressed support for one section contained in each bill –putting “In God We Trust” into the state seal. But he has not been clear on whether he would sign a bill that allowed discrimination.

As the House bill came to the floor Wednesday, rumors began circulating that there were not enough votes to pass it in the form it came to the floor. State Rep. Andy Gipson, chairman of the House Judiciary Committee, proposed replacing the language concerning “religious freedom” in the bill with language forming a study committee to hold three hearings starting June 1. That amendment passed by voice vote. He then urged his colleagues that a “Yes” vote on the newly amended bill would keep the original SB 2681 legislation “alive” for this session.

The Mississippi bill and others like it in other states are the latest sign that the clash between the freedom of religion and non-discrimination laws continues to expand across the country.

Debate over the bills in various legislatures suggests they are largely motivated by a desire to allow an individual to express opposition to same-sex marriages by refusing to bake a wedding cake or provide wedding photography. But the bills are written such that they create a gaping hole in human rights laws, enabling people to circumvent laws banning discrimination based on race, ethnic origin, sex, and every other classification, including sexual orientation and gender identity. And they could enable a person to cite religious motivations in a wide range of activities, such as withholding medical care, refusing to pay back interest on a loan, or denying service in a hotel or restaurant.

Supporters of the religious bias bills have repeatedly characterized them as being nearly identical to the federal Religious Freedom Restoration Act and various state bills that have already enacted.

But they’re not the same, and many lawmakers in most states appear to have grasped the difference.

The federal law, the Religious Freedom Restoration Act of 1993, said, “The government shall not substantially burden a person’s exercise of religion even if the burden results from a rule of general applicability” unless “it is in furtherance of a compelling governmental interest” and represents “the least restrictive means of furthering that compelling governmental interest.” The Act states “the term ‘exercise of religion’ means exercise of religion under the first article of amendment to the Constitution of the United States.” In 1997, the U.S. Supreme Court ruled, in Boerne v. Flores, that the act was “a considerable congressional intrusion into the states’ traditional prerogatives and general authority to regulate the health and welfare of their citizens.”

A law enacted last year by the Kentucky legislature following an override of the governor’s veto is very similar to the federal law except that it adds that the government may not burden a person’s religious beliefs indirectly through such means as “withholding benefits, assessing penalties, or an exclusion from programs or access to facilities.” That additional language would appear to be useful to a religiously run hospital that wanted to refuse same-sex partner visitation and still collect federal governmental support.

And there was considerable opposition to the Kentucky bill, opposition that expresses many of the same objections being heard to this year’s bills. The Kentucky County Judge/Executive Association said the bill could enable public employees to refuse certain assignments and “open the door to spurious claims by inmates” regarding their food, medical treatment, and worship needs. The Kentucky League of Cities warned that it could jeopardize the enforcement of laws of general applicability regarding health, safety, and welfare. The Kentucky Association of Sexual Assault Programs said religious beliefs have often been used by family members to justify abuse of women and children and that this new law would make that easier. The Kentucky human rights commission said the law could be used by members of one religion to deny housing to members of another religion; that a restaurant owner of one race could use it to deny service to a patron of another race. The Jefferson County Teachers Association said the bill would undermine public education because it could enable teachers to “refuse to teach important concepts.” And on and on… At least 13 other states adopted similar bills last year.

This year’s crop of “religious freedom” bills has gone quite a bit further. They have sought to make it possible for an individual or entity to claim their religious freedom was being infringed upon by the government or by other individuals or businesses. And, by making such a claim, the proposed religious freedom law would give them an exemption to a wide range of laws and a cause of action to sue. In Arizona and Georgia, major corporations have spoken out against the proposals, saying they would make employment issues much more difficult.

In an apparent effort to avoid some of the controversy Arizona and Georgia faced from the business community, the Mississippi bill added that, “Nothing in this act shall create any rights by an employee against an employer if the employer is not a governmental agency.” And it limits “appropriate relief” for the person claiming religious burden to be sought only from “the state or a political subdivision of the state.”

Meanwhile, fallout continues in states that have dropped the bills so far. The Kansas Senate Judiciary Committee held a marathon public hearing on why existing state law does or doesn’t provide adequate protection for religious freedom. In Georgia, where a religious freedom bill died in committee, supporters of the measure have vowed to mount a national boycott against major corporations –like Coca-Cola, Home Depot, and UPS— for having expressed opposition to the measures.

In addition to Mississippi, there are still bills pending in Missouri, North Carolina, Oklahoma, and Oregon. And there are school-specific variations still afloat in at least seven legislatures, including Oklahoma where one passed the House unanimously.

In other words, the fight against religious bias bills has the potential to continue for some time to come.