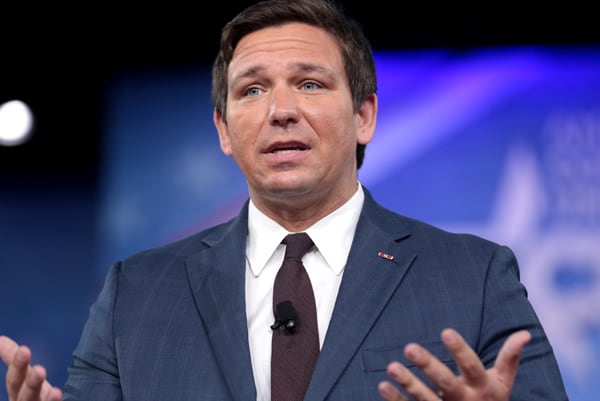 The order DeSantis signed, Executive Order No. 19-10, is titled “Reaffirming Commitment to Diversity in Government.” Although the directive prohibits discrimination on the basis of age, sex, race, color, religion, national origin, martial status and disability, it says nothing about sexual orientation or gender identity.

Joe Saunders, senior political director for Equality Florida, slammed DeSantis in a statement for the exclusion.

“Equality Florida is deeply disappointed to see that LGBTQ employees and contractors have been left out of the governor’s executive order,” Saunders said.

The omission recalls the failure of former Florida Gov. Rick Scott to issue an executive order against anti-LGBT discrimination. After the Pulse nightclub shooting that left 49 dead and 53 wounded, Equality Florida issued the call for Scott to take that action. (Scott is now serving as a U.S. senator representing Florida.)

Criticizing the new Florida governor, Saunders drew on the contrast between DeSantis and other governors and compared the LGBT exclusion to Scott’s.

“It’s hard to believe that Gov. DeSantis and his staff are not aware of the LGBTQ community’s call for these protections following the Pulse tragedy and therefore it is hard to interpret this as anything less than a purposeful omission,” Saunders said. “As governors across the country establish these critical protections for LGBTQ families, this order draws a stark contrast. We look forward to a dialogue with Gov. DeSantis about why LGBTQ employees have been omitted from this critical policy and how he plans to make sure that all Floridians, regardless of who they are or who they love, can be protected from discrimination.”

DeSantis’ office didn’t respond Wednesday to the Washington Blade’s request to comment on why LGBT people were excluded from the order.