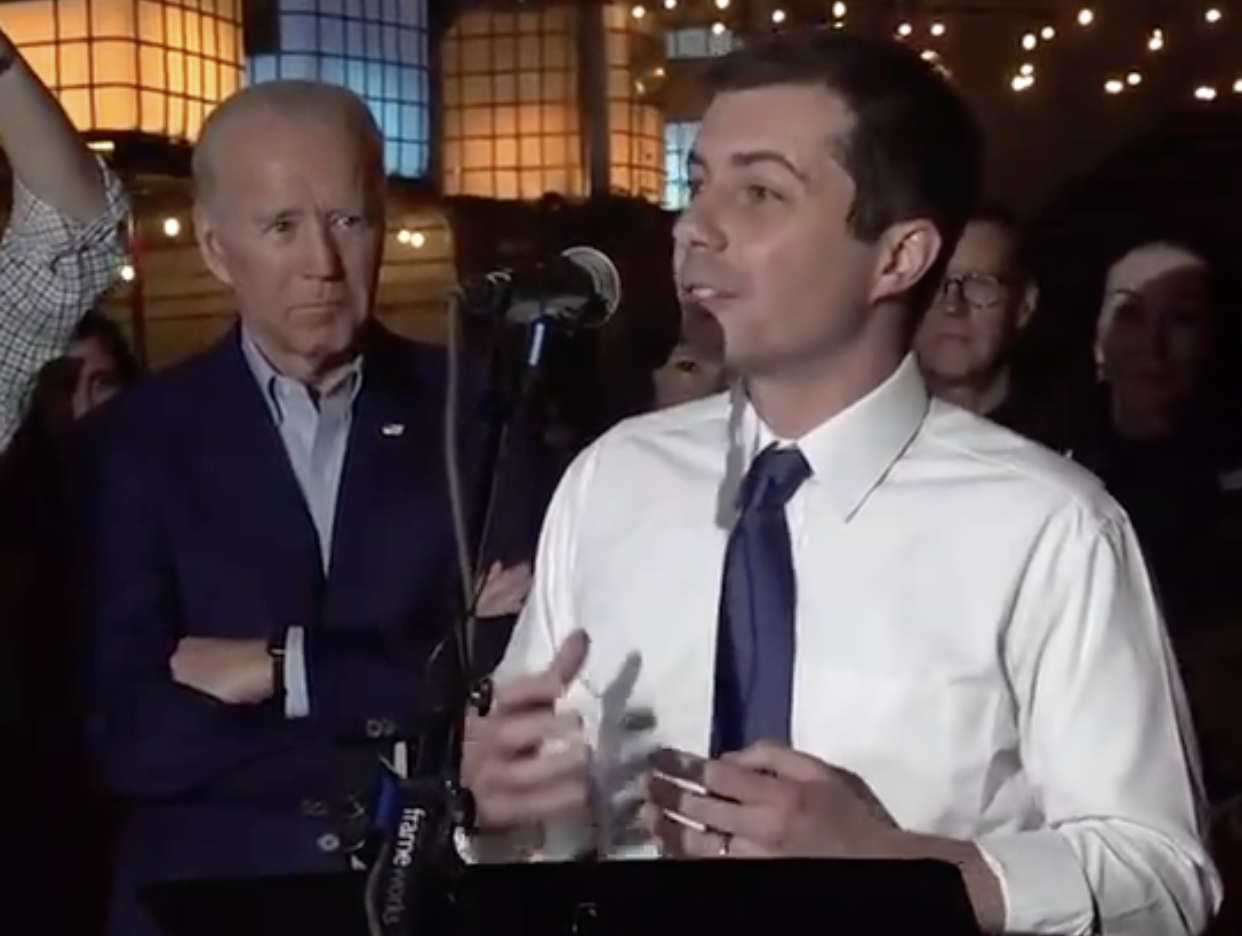 Buttigieg announced his endorsement the day after exiting the race at a rally in Dallas, Texas, where he commended Biden on his leadership and ability to beat Donald Trump.

“When I ran for president, we made it clear that the whole idea was about rallying the country together to defeat Donald Trump and to win the era for the values that we share,” Buttigieg said. “And that was always a goal that was much bigger than me becoming president. And it is in the name of that very same goal that I’m delighted to endorse and support Joe Biden for president.”

“I do it with great pleasure, knowing just how much we need to do not only to win, which is so very important,” he continued. “And when I say ‘win,’ not just win back the White House, but make sure we bring back the vitally important House and Senate and local races with us.”

NEW: Pete Buttigieg: "I'm looking for a leader, I'm looking for a president, who will draw out what is best in each of us. And I'm encouraging everybody who was part of my campaign to join me, because we have found that leader" in Joe Biden. https://t.co/WVwlp3Uipn pic.twitter.com/t9lB2OIzed

Biden thanked Buttigieg for his endorsement, likening him to his late son Beau Biden.

“I don’t think I’ve ever done this before, but he reminds me of my son, Beau,” he said. “I know that may not mean much to most people, but to me it’s the highest compliment I can give any man or woman.”

Biden also suggested he would give Buttigieg a spot in his administration should he win the presidency, telling NBC News that he spoke to the former mayor and “warned him that if I get elected, I’m coming for him.”

Along with Buttigieg, Amy Klobuchar, who suspended her campaign on Monday (March 2), and Beto O’Rourke have also endorsed the former vice president. Sen. Bernie Sanders, the progressive frontrunner, told reporters that the endorsements are evidence of “the political establishment…coming together” to try to stop his momentum because they are “getting nervous.”

President Trump responded to the endorsements in a bizarre way, claiming at a campaign rally in Charlotte, North Carolina, that Buttigieg and Klobuchar had “made a deal” with Biden and should be “impeached,” despite senators being unable to be impeached and Buttigieg not holding any elected office.