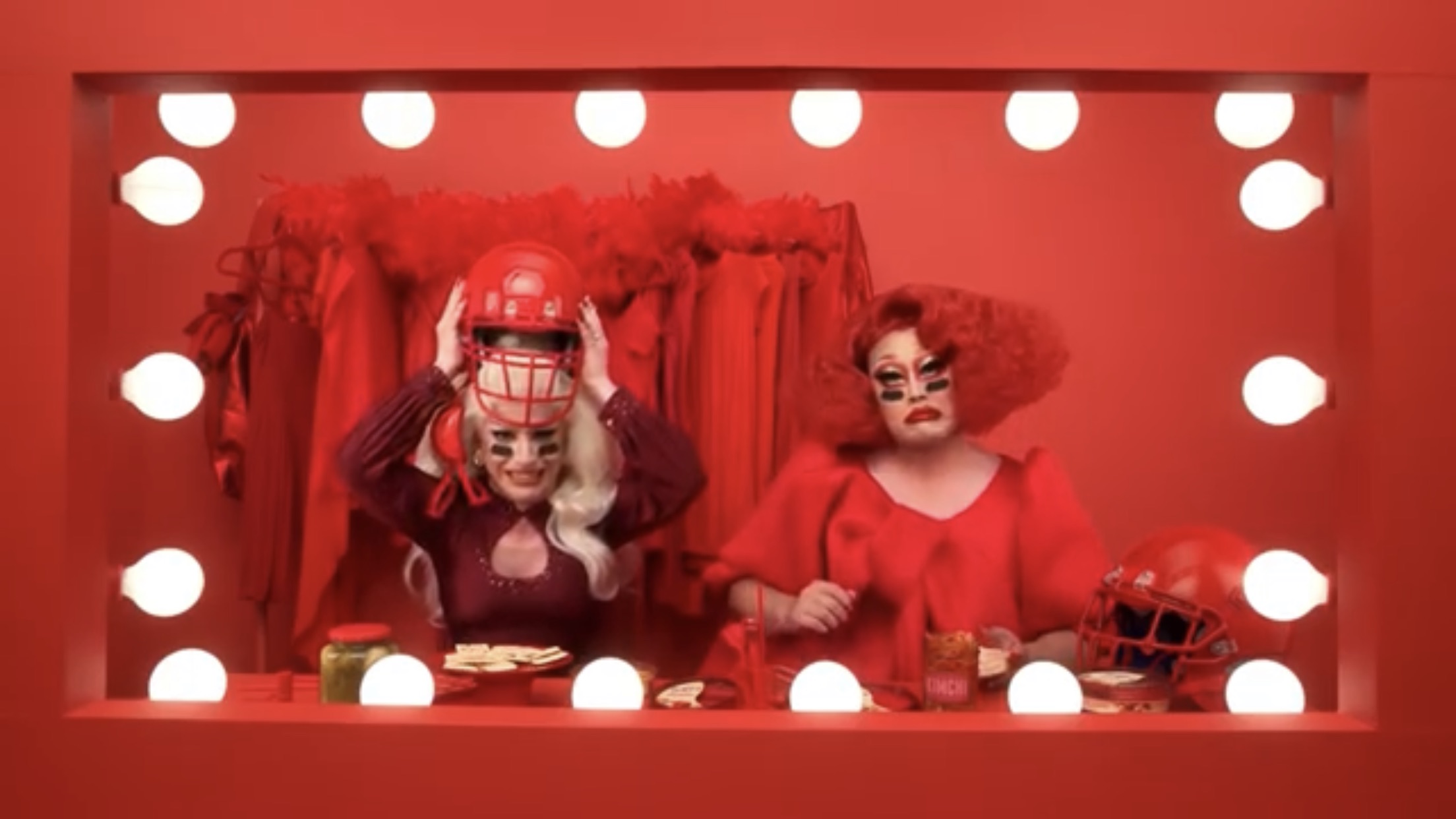 A record number of Super Bowl ads will be LGBTQ-inclusive in what GLAAD is calling a “rainbow wave.”

At least eight ads airing during Super Bowl LIV, one of the most-watched television events of the year, will feature LGBTQ celebrities and themes, a record high. These ads come from a wide variety of companies—from Microsoft and Turbo Tax to Sabra Hummus and Doritos—and feature a number of well-known LGBTQ faces, like Lil Nas X and Jonathan Van Ness.

Here are the eight known LGBTQ ads you can expect to see on Sunday, Feb. 3:

This Microsoft ad will feature Katie Sowers, the Offensive Assistant Coach of one teams competing in the Super Bowl, the 49ers. Sowers is the first female and first openly LGBTQ coach to take part in the Super Bowl.

U.S. soccer players and World Cup champions Ali Krieger and Ashlyn Harris make an appearance in this “Typical American” ad, along with the entire U.S. Women’s National Team. Krieger and Harris recently got married, and the couple is briefly seen drinking the beer after winning the World Cup.

RuPaul’s Drag Race favorites Miz Cracker and Kim Chi appear in this fun ad about “helmet hair.” This is the first time a pair of drag queens will appear in a super Bowl commercial; RuPaul was the first single drag queen with her appearance in a 2000 ad for WebEx.

This ad tells the world that “all people are tax people,” including trans actresses Isis King and Trace Lysette, along with members of the ballroom community.

Out rapper and Grammy winner Lil Nas X dance battles it out over a bag of Cool Ranch Doritos with actor Sam Elliott.

Lesbian power couple Ellen DeGeneres and Portia de Rossi appear in this hilarious ad portraying what people did before Alexa.

“The level of diverse LGBTQ inclusion from at least eight brands during advertising’s biggest night, coupled with Katie Sowers’ trailblazing role on the field as Offensive Assistant Coach of the 49ers, mark a rainbow wave at the Super Bowl this year,” said GLAAD President and CEO Sarah Kate Ellis. “GLAAD has long been advocating for brands to feature LGBTQ people in ads. Now, we cannot wait for American families to see and cheer on [these[] LGBTQ icons… it’s about time.”