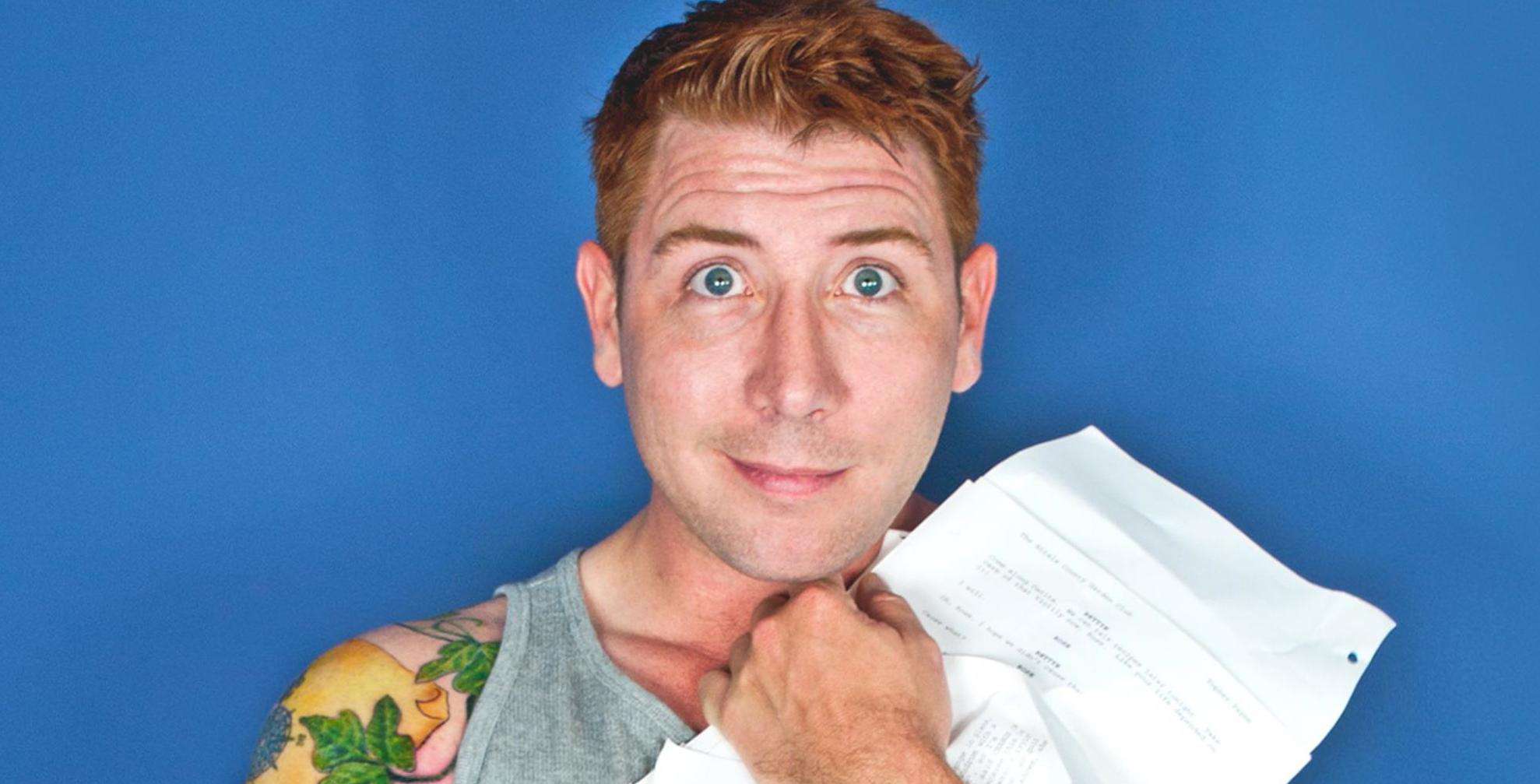 Topher Payne: Facing the spooky voice in your head

When I moved out of the house I had shared with my husband, my first order of business was to pack my calendar with every project I could get my hands on.

I performed in five plays in six months, took gigs out of town, taught classes, painted a fence, anything to keep my hands and mind occupied. I needed to wake up each morning and know exactly what the day was going to bring. I was in no mood for surprises. When people asked how I was doing, I would confidently report, “I’m busy.”

I believe that there are moments in your life when you do not benefit from being alone with your thoughts. You’ll just end up reciting the same litany of self-abuse. The rigid scheduling silenced the spooky voice in my head for large chunks of the day, though it was persistent in its pursuit.

Anxieties would invade while driving, so I listened to podcasts. When the podcasts failed to engage my brain, I switched to music, and I’d sing along.

I did a deep dive into all my old music from high school, which I’m certain is significant and means something, but I don’t know what because I was actively avoiding self-reflection.

I can’t say I’m proud that I spent the last few months drowning out my thoughts by screaming along with The Offspring and Pearl Jam, but it was effective, and arguably less self-destructive than boozing it up or eating a lot of pie, both of which I considered.

But I forgot how to write. I mean, not literally. Not like when Shania Twain’s husband left her and she forgot how to sing, which frankly I’m still skeptical about, but it was nice of Oprah to give her a TV show to explore it. I was still capable of putting words to paper, but it no longer served the purpose it once did.

I write to make sense out of the world. I use it to consider perspective, to open myself up to new ideas—everybody has a thing they love that grounds them and helps them grow, this was mine, and somehow I’d lost it.

Damn it, now the Shania Twain thing totally makes sense. And I’d been making fun of her for years. I would like to take this time to apologize to Shania Twain. I get it now, lady, and it sucks. I’m real glad you figured out how to sing again.

When you treat introspection like the enemy, when you’re unable to face your fears, nothing changes. Jamie Lee Curtis could hide from Michael Myers for most of the movie, but at some point there has to be a showdown. I had to confront the voice in my head I’d been dodging for months. I sat on the porch with my notebook, and I wrote the question:

“What are you afraid of?”

Well, many things, it turns out. I have fears about money, about my parents aging, about my career, my dog’s well-being, the reliability of my car. Nothing paralyzing, and everything on the list was a concern when I was still living married life. Some of those terrors have been heightened of late, but none of the ideas were new.

“I am afraid that I’m the sort of guy that people give up on.”

Oh, gross, that was totally it.

Fundamentally, I’m afraid that if I go all in, work to build a life with someone I love, they’ll ultimately decide I’m just not worth the effort. I’m exhausting. I’m scared because if that’s true, I’m not sure I can fix it.

But now I have that fear on paper. I’ve accepted it as a fact of where my head’s at right now. I’m a little messed up, there are days I struggle to find my footing. And that’s all okay. It’s still scary, but I’m not running away from it anymore.
Topher Payne’s new audio book, ‘Funny Story: The Incomplete Works of Topher Payne,’ is now available at listenupaudiobooks.com.