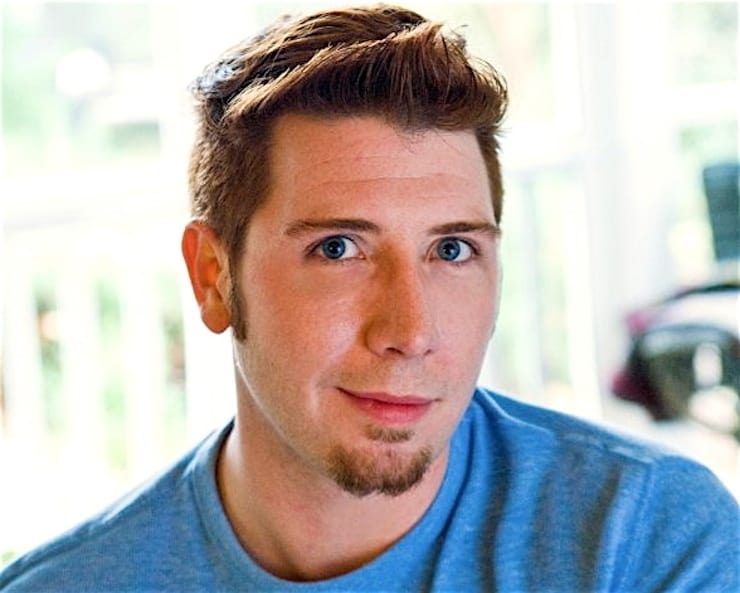 Topher Payne: Seeking to conclude our marriage with the respect it deserves

For a while after the decision was made, I really just didn’t know what to say, so I didn’t say anything. Neither of us did. We told a few close friends, had the grim conversations with our families, and that was as much as we could handle. But a person can only maintain that for so long. There will be questions to answer.

I’m a playwright. I’m better when there’s a script to follow. So I sat with my friend Mandy, and we crafted a standardized response for use in social situations. It goes like this:

“Hello, person in my life. My husband is doing well, under the circumstances. We’re going through a divorce. We’re handling it respectfully and privately.”

“Oh my god, what happened?”

“There was no event, it’s just sad. We’re handling it privately.”

I’ve tried it out a couple times. The script does not work. I’m forced to acknowledge that I’m in no position to suddenly request privacy, having never asked for it before.

The night I met my husband Tommy can be found in an April 2007 issue of David Magazine. Our entire courtship was chronicled, as was our engagement and home-buying experience, leading right up to the full-page photo of our Massachusetts wedding in October of 2009. I went on to detail our suburban adventures here in the GA Voice, in my Domestically Disturbed column. I wanted to share the trials and triumphs of our relationship to communicate the idea that “marriage equality” isn’t just lip service: When two people, regardless of gender, set out to make a home together, we all end up facing the same challenges.

Unfortunately, sometimes those challenges prove insurmountable. The truth is, Tommy and I respect and admire each other far too much to continue living in a painful situation. It has been difficult, and quite humbling, for me to accept that what I thought was persevering eventually just became suffering.

Nobody can prepare you for how much this experience messes with your head. You get by from day to day, but if you grow cocky and think you’re doing fine, you’ll be sucker-punched by circumstance. A thought or feeling sneaks up, overwhelms you, and you’re suddenly asking yourself, “Really? I’m gonna have a breakdown in the Kroger? AM I THAT PERSON NOW?” And then you abandon the cart of groceries and head for the exit, because you are absolutely that person now.

Then there are the logistics, which extend far beyond who keeps the coffeemaker. This isn’t a breakup, it’s a divorce. We stood before a judge and signed a legal document. But Massachusetts law requires at least one of the parties in a divorce to be a resident of the state. And because our home state of Georgia does not acknowledge our union, it also does not recognize our right to end it.

I do not regret a single moment of the last seven years. I wince at choices we made along the way, certainly, but how could I have regrets? I had the gift of sharing my life with a brave, funny, wonderful man. He supported me fervently, and we’ve tried so hard to be good to each other. We love each other still. Despite what the State of Georgia may claim, this has been a real marriage in every possible sense. I am heartbroken to see this end, but I am forced to concede the necessity.

Divorce is the ugly element of the marriage equality conversation. We’re far more hesitant to discuss it—I know I certainly was. It’s embarrassing. It sounds like failure. We fear it will somehow weaken our argument if we acknowledge same-sex couples will be contributing to America’s divorce statistics. We want to believe our unions will be stronger, more carefully considered and nurtured. We argue, “Britney Spears can get married for a weekend in Vegas, but here’s two women who’ve been together for 50 years, and they can’t legally wed?”

Eventually, our unions will be recognized in every state. There will be those who stay together for the rest of their lives, and there will be embarrassing weekend-long unions in Vegas which make us collectively roll our eyes. There will also be couples like Tommy and me, who love each other and work very hard for years, before arriving at the sad realization that they are simply incompatible.

Whatever inspires you to marry a person should be strictly between you and the other person. And if the union ends, that’s your business as well. Once strangers are no longer able to stand in the way of either decision, then we will have achieved marriage equality.

The pain will subside with time, the awkward social encounters will become less frequent. In nearly every way, we will move on. But for the foreseeable future, my husband and I will continue to fight for the validity of our marriage to be acknowledged, if only to make it possible for us to conclude it with the respect it has earned.