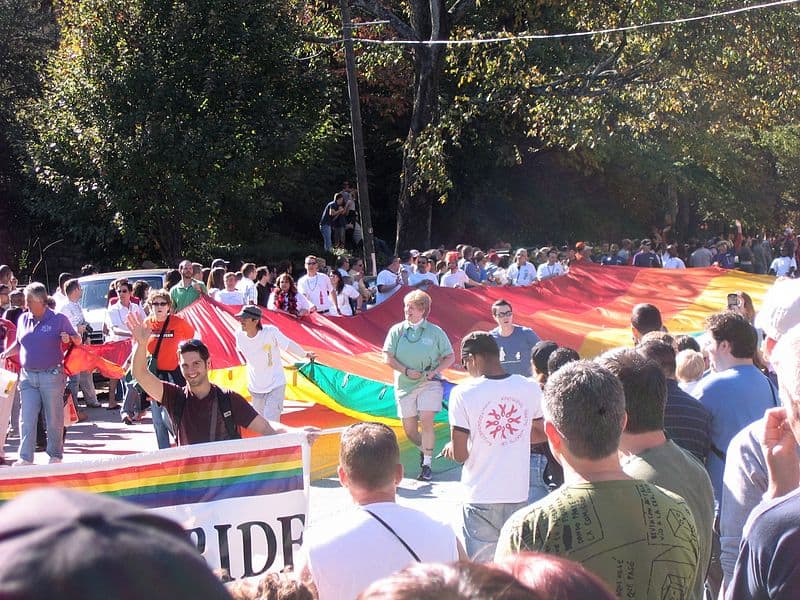 Atlanta’s Pride celebration is famous far beyond the boundaries of the Peach State.

The list was gathered from all known Pride locations. The final catalog of destinations numbered fifty. Washington D.C. took the top spot.

According to a press release for the ranking, the site reviewed hundreds of urban centers around the globe. Then, the final list was ranked.

In the words of Dominic Walker, a press agent, the data was reckoned according to “the annual growth rate of the Pride festival, the number of LGBT events, the quality of local LGBT nightlife, and the availability of affordable LGBT-friendly accommodation.”

Atlanta’s compiled statistics registered at 41.44, compared to 44.07 for D.C. Atlanta scored just below Philadelphia, whose score amounted to 41.79.

Odder still, both cities came in just below Miami, a famous Pride destination, which took fourth place in the list. The only non-America city in the top five was Sydney, Australia, which ranked second in the official list.

The site asked their contributors for their opinions on the various Prides.

Heather Cassell, a publisher and editor, gave props to Atlanta, telling HomeToGo that “The city’s Pride celebration is so hot there are two: Black Pride during Labor Day Weekend, and Atlanta Pride in October. Atlanta Pride is the largest in the Southeast and isn’t the only gay celebration throughout the month of October which also has a film festival, AIDS Walk, and other events. Southerners know how to get down and Atlanta knows how to get its Pride on.”

According to HomeToGo, there is at least one “trending Pride destination” on every inhabited continent.