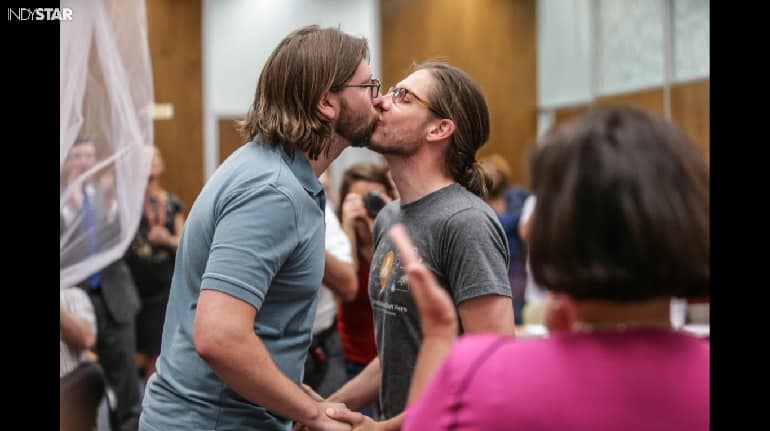 1. “A number of states, including my home state of Maine, have now legalized same-sex marriage, and I agree with that decision.” Sen. Susan Collins of Maine becomes the fourth sitting Republican senator to publicly support marriage equality.

3. Gotta love our allies. Read up on this Michigan man’s “Gay is OK” campaign and July 12 event.

4. Check out these sweet photos of a young gay couple in a photo booth from 1953, part of the ONE National Gay & Lesbian Archives. And visit the Georgia LGBTQ Archives Project for a fascinating step back in time.

5. VIDEO OF THE DAY: “By the power vested in me now, finally after all this time in the state of Indiana, I do declare that you are husbands together.” Watch Indiana’s first gay marriage, which occurred shortly after the state’s ban was struck down yesterday. Video above.