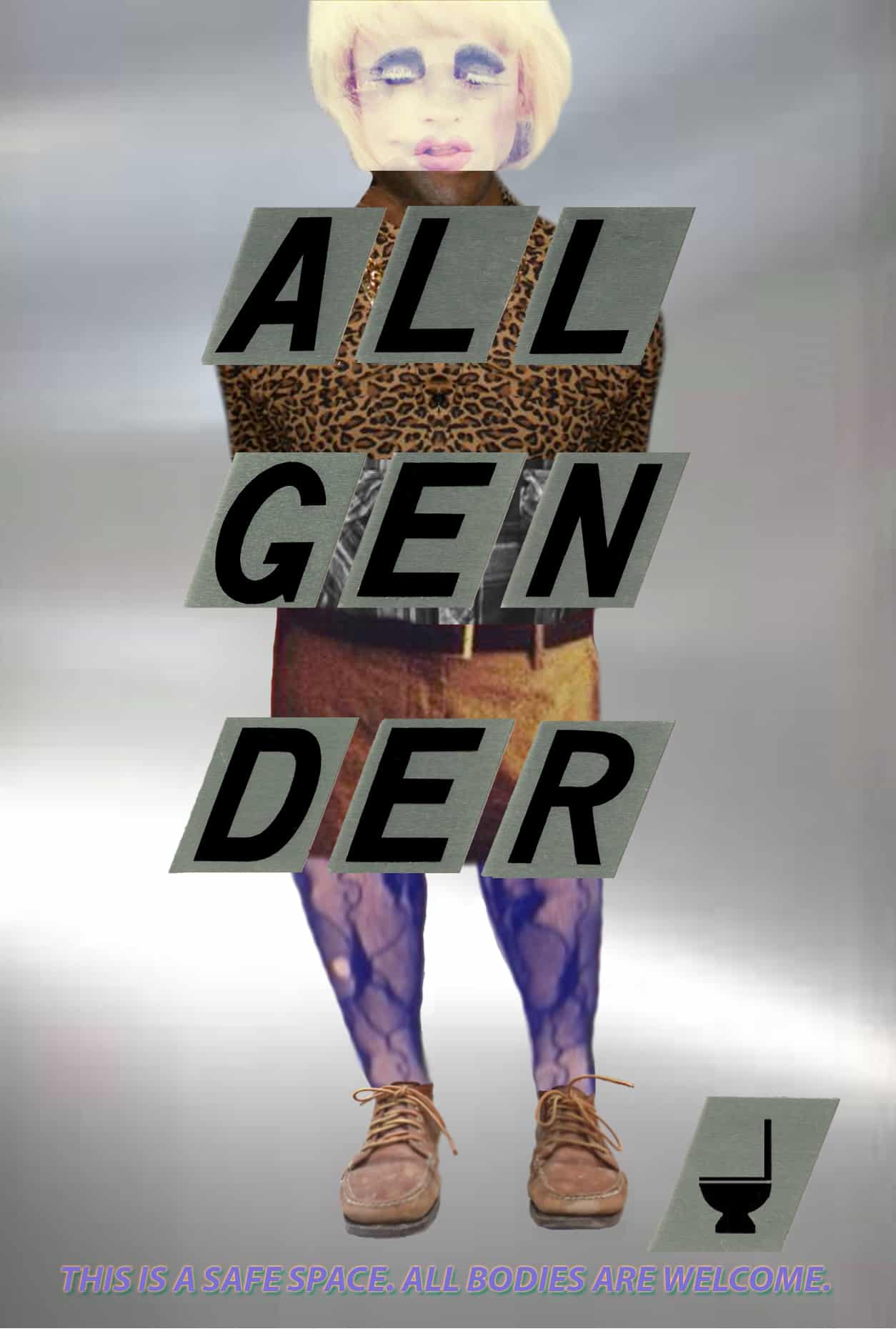 For most of us, using a public restroom is no big deal. But for others who are gender non-conforming, just this basic task can take on quite the burden. 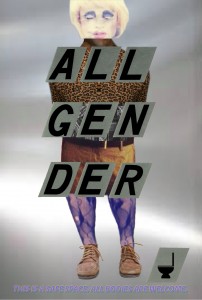 One of the participating artists, Andre Keichan, doesn’t like to identify by a certain label, “but when I do, I use the words queer, Latin@, gender queer, on the trans spectrum.”

“I combine these words to reflect how I feel, my experiences and how I position myself in the world,” Keichan adds.

Removing strict binaries from public restrooms can help make the world safer and also recognize the diversity of our society.

“Strict binaries regarding bathrooms lead to policing and potentially violent situations for people who are gender non- conforming, and there are many of us,” Keichan says. “Moving beyond an either/or logic, we are certainly more varied, and that diversity should be celebrated.”

Keichan’s piece in the exhibit is made up of different media “in order to make gender more fluid, playful and supple.”

“For this project, I’ve chosen to use a DIY punk and zine aesthetic in order to en- courage people to reflect upon how gender should be a process of self-making and self-determination,” Keichan adds. 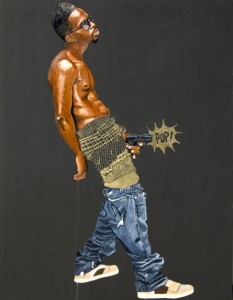 “I’m motivated largely by the fact that my own performance of my masculinity existed in many ways outside of the projected black male ideal,” Pecou says. “I wanted to challenge those ideals.”

“Even if for a brief moment, to take pause to consider that differences do exist and to acknowledge that in many ways our society doesn’t make room for those differences, becomes a step in the right direction towards inclusion and sensitivity to experiences other than our own,” he says.