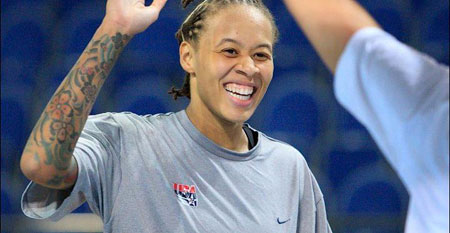 More than 40 percent of the out LGBT Olympians took home medals, a better medal-winning percentage than Team USA.

OutSports.com, a website dedicated to LGBT issues in sports, provided in-depth coverage of the Olympics, including tallying 23 out Olympians from around the world.

“If Team Gay was a country, it would have finished 31st overall with seven medals, tied with Mexico, Ethiopia and Georgia,” OutSports.com co-founder Cyd Zeigler noted in an excellent article wrapping up the London Games.

“They would have beaten the medal count of such countries as Jamaica, Ireland, Argentina and India. They would have finished 21st overall for most golds (four), tied with Iran, Jamaica, Czech Republic and Korea,” Zeigler noted.

Here are the out medalists, according to OutSports:

Click here for the website’s list of all of the openly gay athletes at the London Games.

All but three of the out athletes counted are lesbians, OutSports noted.

Do you think it is easier for women to come out in elite sports than it is for men?