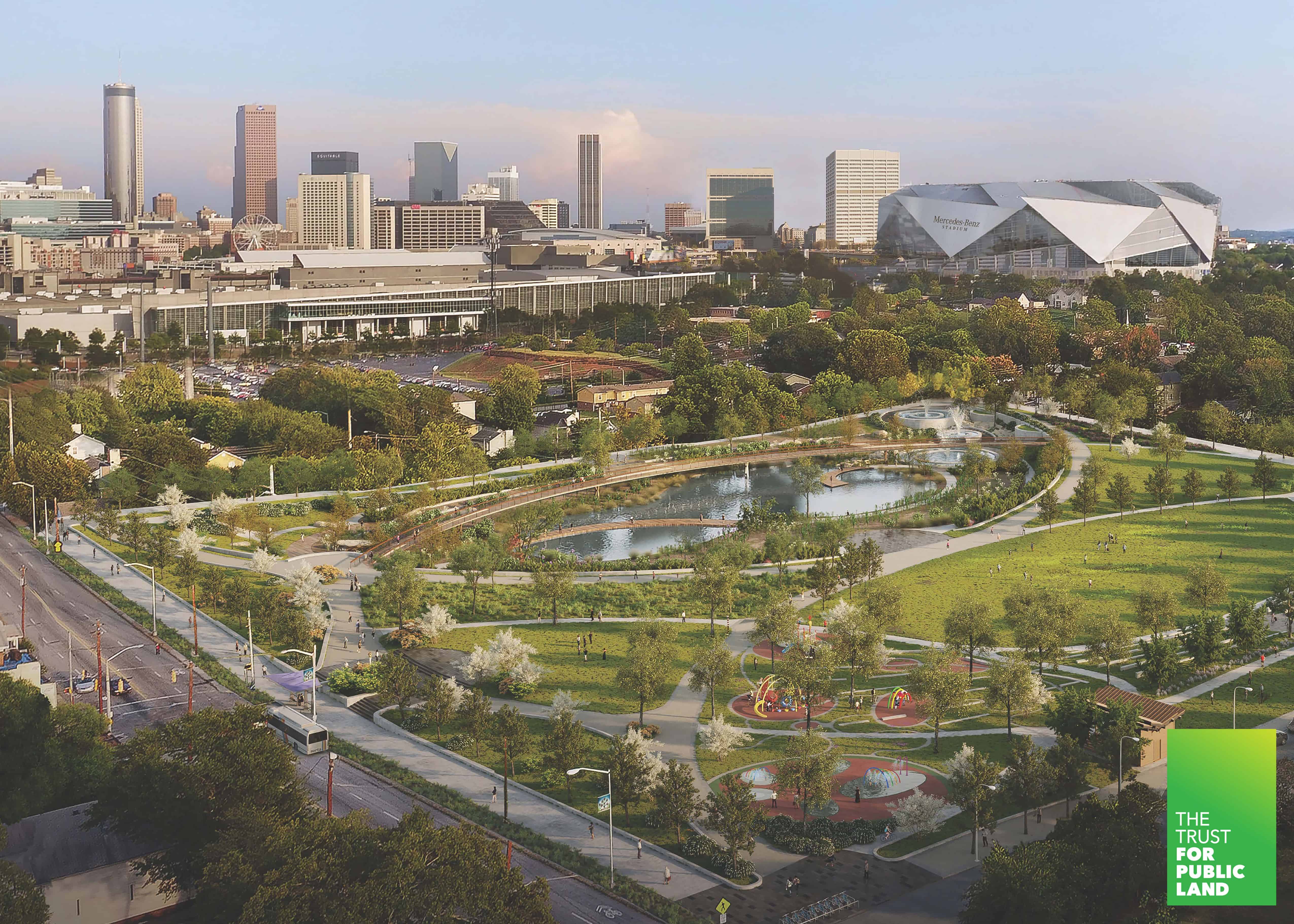 Is South Atlanta the next development hot-spot? And if so, what’s the cost?

According to demographer William Frey, in 2011, America’s biggest cities boasted higher population growth than their combined suburbs for the first time in a century. But there’s a price for urban cool. All too often, “revitalization” is code for “gentrification,” which prices out working people and people of color, destroying the diversity that makes cities interesting.

That focus now falls on South Atlanta. The area has been described by Curbed Atlanta as “tired,” “long-languishing” and “half-abandoned.”

Outsiders eventually noticed. In 2017, the Atlanta Journal-Constitution reported the firm Newport had bought over 24 downtown buildings, with plans to purchase a dozen more. Total investment cost: $200 million. Proposed breadth of revision: from the Underground to the Gulch. Type of renovation: retail and mixed use; apparently, no hi-rises. Jake Nawrocki, president of Newport US RE, said their South Atlanta project wouldn’t be a buy and flip: “This is not a luxury area we are building here, this is a neighborhood.”

Contrast that with the opaque sale of Underground to WRS Real Estate Investments. Or, to quote from a ThreadATL story: “Now, can someone please remind us how a suburban Walmart shopping center developer like WRS, who does want to add parking next to South Downtown’s Five Points MARTA Station, got a hold of Underground Atlanta …”

And there’s more than private interest at work. The Trust for Public Land, in collaboration with the city, is developing Rodney Cook Sr. Park: 16 acres of greenspace in historic Vine City. The $45-million-dollar project breaks ground on May 19, after five years of prep.

Long-term, what does this mean for the city as a whole?

Discussion of Atlanta development is contentious, and for good reason. Atlanta has a reputation for gentrification. Between 2014–2016, Metro Atlanta ranked fourth (behind Houston, Dallas and Phoenix) in net migration. Estimates place Atlanta in third for new residents (behind Miami and Dallas) for 2019. But home affordability drags. The rate of house-building is stuck below early-2000 levels and most of the units are luxury-tier.

Beginning in the mid-1990s, under HOPE VI, the city demolished a great amount of public housing — almost a tenth of all housing in the city.

Other urban areas have experimented with incentives. According to the Pittsburgh Post-Gazette, the Pennsylvania city structured its tax abatement program to generate more affordable housing: “With the new programs will come a ‘social equity’ component — incentives for developers to invest in affordable housing, jobs, sustainability or in underserved neighborhoods.”

Local voices have their say

Georgia Voice reached out to LGBTQ residents who’d relocated to South Atlanta in the last year. Oliver Clark moved to Atlanta with his partner in 2013. East Point beckoned. “While driving around, we loved the diversity of the people here,” Clark said, “and felt completely at home … kind of a Mayberry-type feel, while being only 15 minutes from downtown Atlanta.” In the two years since, he’s noticed “a lot of change.”

“My concern,” he said, “is will this gentrification upset the diversity and community we’ve grown to love? Will housing start to rise so much that the residents who originally came to East Point and other Tri-Cities locations for the cost be priced out of where they live?”

Scott Eaves also lives in East Point. He loves his neighborhood and is “very excited” about the growth of the BeltLine. “I think the core city of Atlanta has become very unaffordable, which is pushing more people to the Southside.” Eaves said that he “didn’t think much can be done about [the] affordability issue within the city.”

Jessy Briton Hamilton lives in Midtown, but had thoughts on the issue. “It’s a Catch-22. … We have to engineer solutions that take that reality into account and requires that new developments include affordable housing options.”

Parks and conservation advocate George Dusenbury IV is Georgia State Director for the Trust, and has played a crucial role in the genesis of Cook Park. He noted, “More people moving to the Westside and South Downtown is not the problem. There used to be 50,000 people living on the Westside. There now are 15,000. Similar numbers apply to downtown.”

“What we must guard against,” he said, “is displacement of the existing residents. Using a combination of tax abatement, investment in affordable housing and other support services is vital to doing this.” He noted that successful revitalization “depends on a lot of factors.” Dusenbury said that “Public land is the town hall for a community. Whenever we undertake urban redevelopment, we should start with identifying the public spaces and design around them.”

Whatever the fate of South Atlanta, respondents felt the gay community had a crucial role to play. Clark said that his “thought/hope is that the LGBT community spearheads the change for the better.”