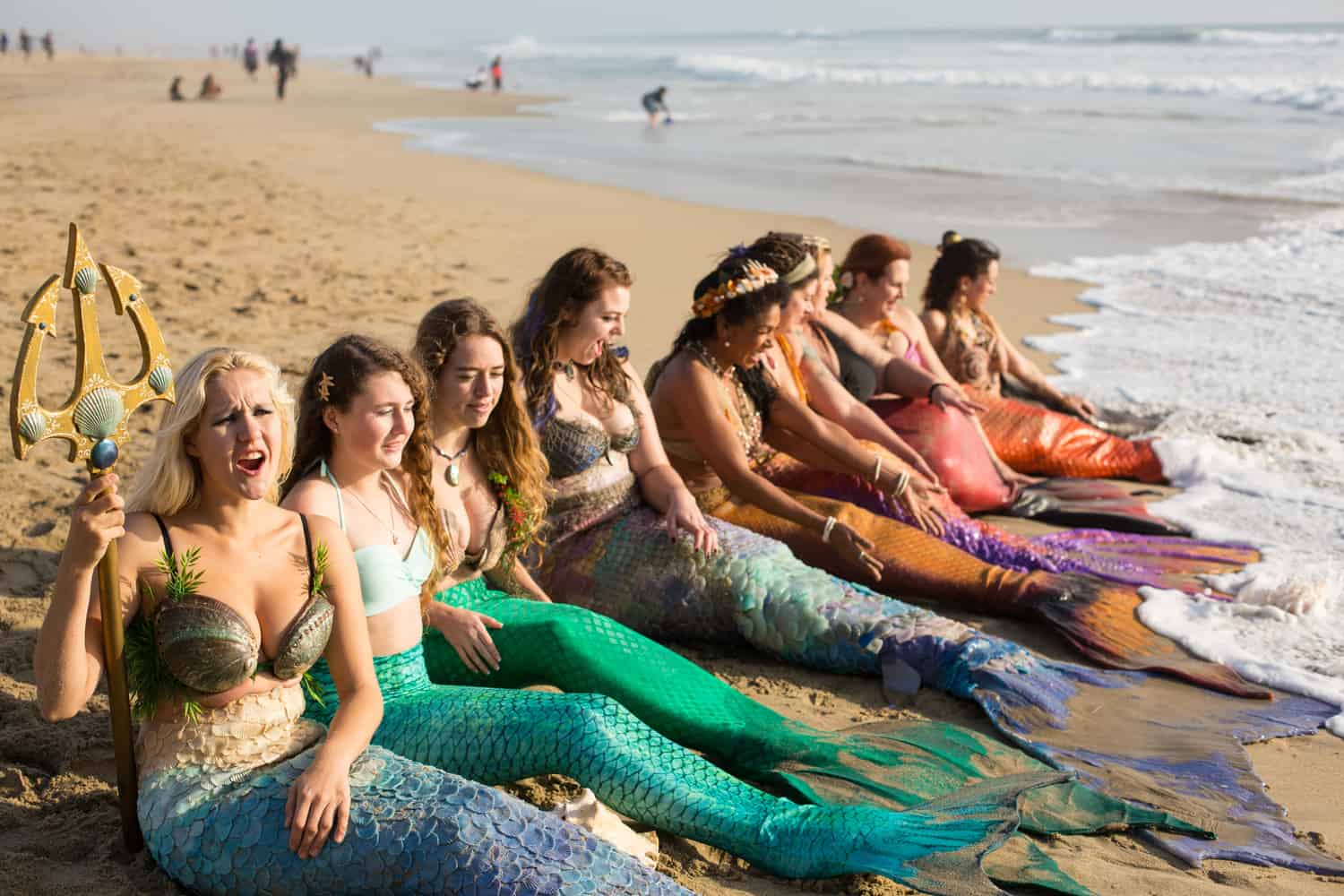 Ali Weinstein's 'Mermaids' is part of the Atlanta Film Festival's Pink Peach lineup and screens April 15 at the Plaza Theatre.

Now in its 42nd year, the Atlanta Film Festival — opening April 13 — brings with it its usual assortment of films from all over the world, including its gay-themed Pink Peach offerings. Four films — three documentaries and one narrative feature — make up this year’s Pink Peach full-length crop.

Directed by Canadian filmmaker Ali Weinstein, “Mermaids” looks at a subculture of women across the United States who don tails and literally turn themselves into mermaids, in pools and other bodies of water. One of the central characters is Julz, who has transitioned into a woman after a lifetime of knowing she was transgender. Even at the age of eight, she knew. Originally from the Bible Belt, Julz has moved out to California to start a new life. The movie is poetic at times, strange at others, but does have its interesting moments, as when a tail-maker describes a “mergasm”— the sensation when a woman shudders and has an orgasm when her new mermaid tail is attached. It screens April 15 at 5 p.m. at the Plaza Theatre.

Arguably the best of the Pink Peach lineup is “Venus,” directed by Eisha Marjara. Sid (played by Debargo Sanyal) is a transgender woman dealing with her own transition. She gets a curveball when she finds she is the father of a 14-year-old boy, played by Jamie Mayers. Sid dated the kid’s mother years ago, when she presented as a man. Besides parents who just don’t understand her new life, Sid is also dealing with the sexy but unreliable ex-lover Daniel (Pierre-Yves Cardinal), who is not out. “Venus” juggles perhaps a bit too much, but it nicely mixes comedy and drama. It’s all held together by engaging central performances from Marjara and Mayers. It screens April 15 at 9 p.m. at Hilan Theater.

Director T. Cooper — himself a trans filmmaker — premieres his “Man Made” at the festival. It’s a documentary looking at the world’s only all-transgender bodybuilding competition, which takes place here in Atlanta. Four of the competitors are featured leading up to the event, including Atlanta’s Rese Weaver. They all deal with all sorts of pre-competition situations, such as discrimination and personal and political issues. Cooper and some of the film’s subjects will be present at the screening, which debuts April 22 at 9 p.m. at the Plaza.

Finally, there’s Arshad Khan’s “Abu,” an engrossing documentary about a Pakistani-Muslim family dealing with having a gay son. Khan’s film utilizes classic Bollywood films and some home movies to inventively tell its story. “Abu” plays April 15 at 2:45 p.m. at the Plaza. The festival offers some LGBTQ short films sprinkled throughout, both in front of other films and as part of shorts programs.

Also, Miss Richfield 1981 brings her new audience-interactive show “Born Again” to town as part of the festival April 17 at 7 p.m. at the Plaza. The Atlanta Film Festival is bookended by two high-profile offerings. The festival’s opening night film is Carlos López Estrada’s “Blindspotting,” starring Daveed Diggs of “Hamilton” fame. It explores racial and class tensions in Oakland. The closing night film is Bo Burnham’s “Eighth Grade,” in which a 13-year-old girl weaves her way through the last vestiges of her frightening middle school existence.