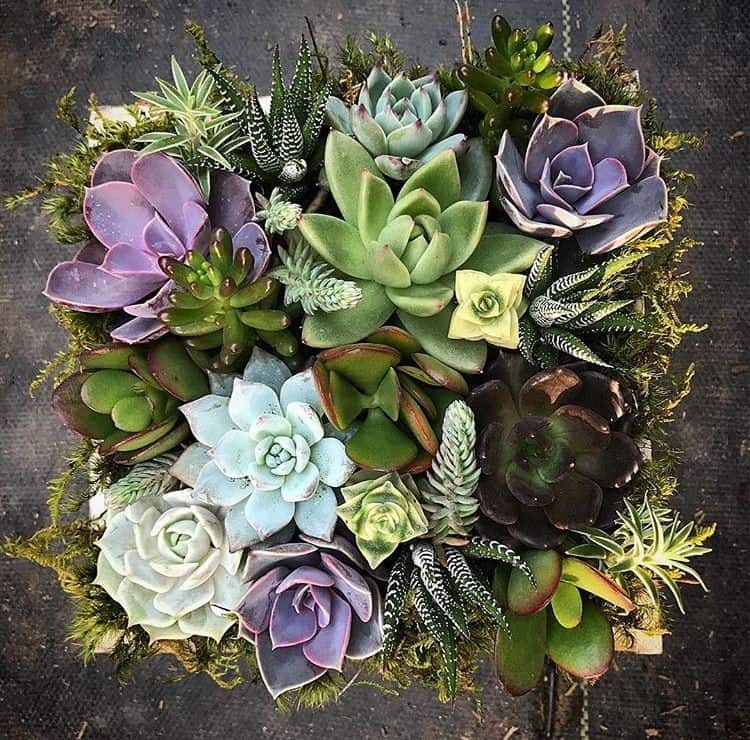 Succulents are easy plants for the ‘forgetful gardener.’ They don’t mind being crowded in arrangements, and require little watering.

Three home and garden trends for the non-green thumbs

If the weather in Georgia would ever cooperate, it’s springtime, which means prime planting season for homeowners and apartment-dwellers alike. But since not everyone was born with a green thumb, Georgia Voice consulted two experts for tips on how to bloom a low-maintenance, trendy garden in 2018.

Some of the easiest, on-trend plants for “the forgetful gardener” are succulents, said Kurt Straudt, owner of Southeast Succulents in Atlanta’s Krog Street Market.

“Everybody had a jade plant or an aloe vera. People were familiar with those. But there’s literally hundreds and hundreds of varieties that people have never seen,” Straudt said. “They’re just fascinating because they’re so different. They’re beautiful. The colors, the textures, so that’s mainly what it is. It is something that keeps being new because there’s so many more varieties to come out with.”

Succulents are plants that can store water for later use during droughts.

“Most plants are made up of a large percentage of water, but they’re not able to use that in a drought. [Succulents] fill up with as much water as they can. They are actually juicy, so if you cut into them, that is the water that they stored,” Straudt said. “They use that water like a camel and actually shrivel up.”

He recommends planting in containers that have 50 percent gravel and 50 percent soil, which allow for good drainage.

“The very best is terra cotta, because it lets the plants breathe, lets the soil breathe,” Straudt said. “You want something that has a drain hole. I use screen wire to put at the hole at the bottom.”

Containers don’t have to be deep pots. Because most succulents are shallow-rooted, their roots stay near the soil surface. Straudt also said they can be crowded together. He said many arrangements feature a focal point surrounded by sedums or tall cacti and Savannah grasses.

“A lot of people are doing the cold-hardy succulents, which are a lot of the sedums,” Straudt said. “They’re incorporating those with the non-cold-hardy. The cold-hardy versions aren’t as pretty or as colorful as the frost-tender ones.”

For home gardeners with small children, cats and dogs, Straudt warned against including kalanchoe and euphorbia varieties of succulents, as these can be dangerous if ingested. Other than that, the only big mistake gardeners can make with these plants is over-watering, as too much water can cause succulents to rot.

“My customers, they’re like, ‘This is the first thing that I can keep alive.’ They’re excited about that, because they don’t need a lot of soil and there’s so many things on Pinterest and ideas that people have for making these,” Straudt said.

Though succulents are appealing as arrangements by themselves, they’re also popular plants for terrariums.

Joanne Peterson, co-owner of Bedford Greenhouses in Augusta, said succulents do especially well in open-air terrariums — otherwise, they run the risk of too much moisture.

“Terrariums, the way that we do them, they are pretty much any piece of glass. It could be opened or it could have a top. They range in sizes from itty bitty all the way to, we’ve seen terrariums done in aquariums before,” Peterson told Georgia Voice.

They can be open-air or lidded. Lidded terrariums are especially good for ferns and foliage-type plants, she said. Air plants thrive well in either variety.

“There is a whole lot less care for those that are lidded. They are already moist, and the moisture immediately starts its own little cycle and you don’t have to do anything to them for a good three to six months; just put your lid on and let them go,” Peterson said.

Terrariums can typically be watered by placing ice cubes inside, or lightly misting with a spray bottle.

“If you have ferns in an open one, it can require a good bit more water. Because it’s glass, there’s no drainage, so it’s better to water lightly more often than dousing them and completely drowning them,” Peterson said.

Terrariums can thrive year after year, but Peterson cautioned against placing them in an area that’s fully shaded or in a sunbeam. The latter can burn the plant.

One of this year’s gardening trends can have Atlantans feeling like they live in a tropical paradise. High humidity-tolerant plants thrive well in container gardens in bathrooms. Some companies even create shower caddy planters to accommodate them.

“I know a lot of people who grow orchids in their bathrooms because of the humidity,” Peterson said. “Plants like orchids and bromeliads and an air plant, they grab humidity from the air instead of needing watering.”

Phalaenopsis orchids are one of the easiest to grow for home gardeners. Though they do not bloom year-round, they provide a refreshing burst of color during their growing season.