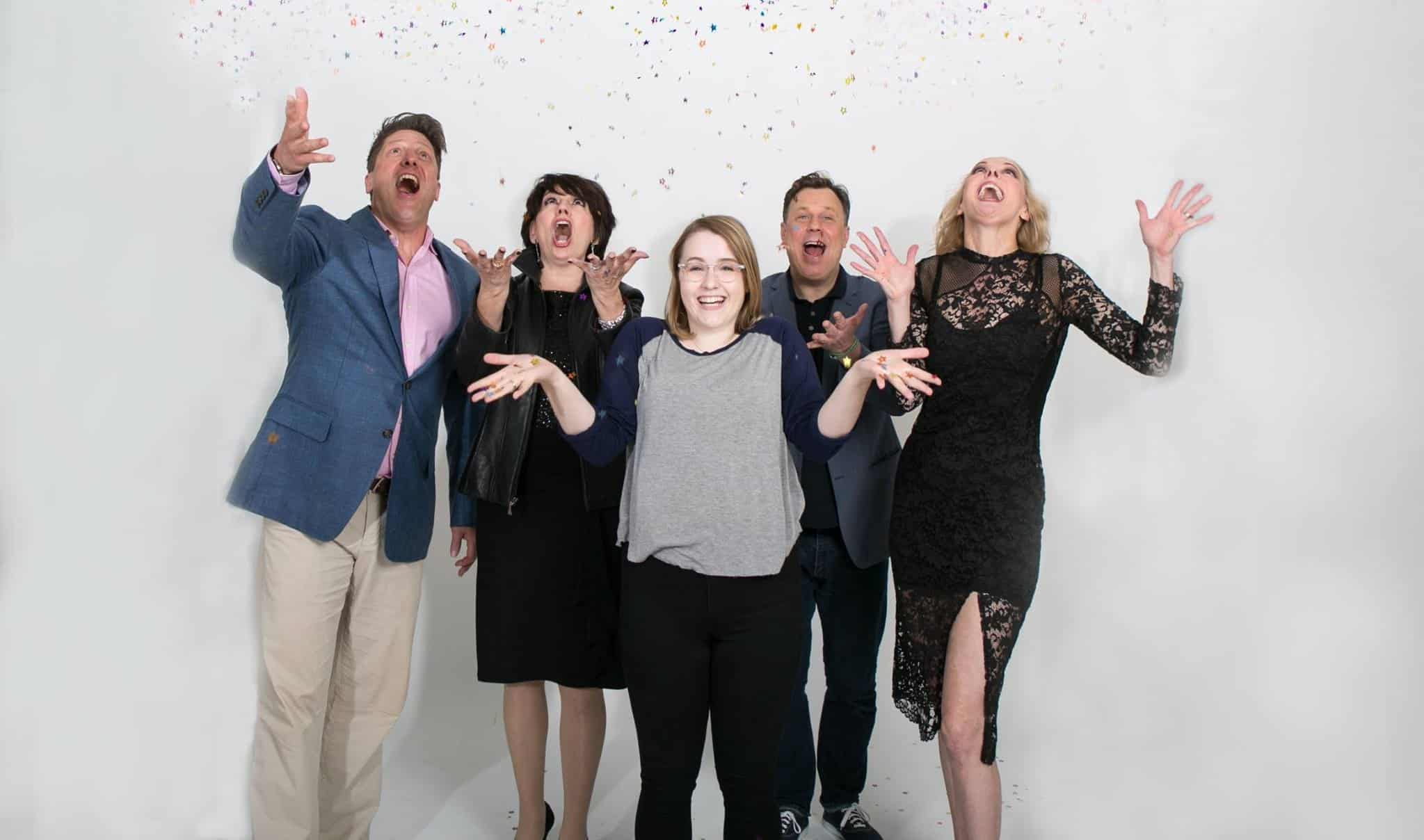 It’s certainly the most prominent LGBT offering of the season – and one that could be ripped out of today’s headlines. In the Alliance Theatre world premiere musical “The Prom,” a young teenage girl decides to bring her girlfriend to the prom. When her high school cancels the event instead, all hell breaks loose – and a group of actors come to town to try and change the tide. Georgia Voice caught up with out director and choreographer (and Tony winner) Casey Nicholaw, lead actress Caitlin Kinnunen and out actor Brooks Ashmanskas to find out more about the project, which begins previews this week.

Georgia Voice: How long have you been working on this, Casey?

Nicholaw: Probably five years ago. It has changed so much and will continue to. Even after the first preview, we’ll have a long list of stuff to be done. That’s the thing with an original musical – you have no guidelines.

How does the prom situation affect the townspeople?

It’s all about tolerance. People are people no matter what, despite their preferences, likes and beliefs. We have gone through phases where we say, is this still prevalent? But there was an article in the New York Times recently about how much bullying and stuff still happens.
With this piece, we didn’t want it to be heavy with (a message for tolerance). So that is why we have the idea of these other folks coming down. It seemed like a good comic structure. The tricky thing is finding the tone and the two worlds – how they come together. That will be the biggest challenge.

Was this based on an actual event?

It was a combination of so many things we’ve read about and then we made our own story.

Tell us about your character, Brooks.

Barry Glickman is a Broadway performer who got into the business to try and make a difference in the world. He is a catalyst on the New York side of things to get these actors and other performers together to go down and to make a difference and change the minds of what they think are these small town minded people. In turn, their lives are changed.

How do you all go about making a musical, albeit one with a message of tolerance?

With Casey leading the way, what they found is this beautiful young girl who has the power to change the world just by being herself – and the world accepting her.

Caitlin, tell us about Emma.

She is a 17-year-old lesbian who becomes the catalyst for the show.

How difficult is it to work on a new, constantly changing musical?

For me it’s difficult. We get at least 10 new pages of dialogue a day. Trying to put it on its feet and learning and ingraining it in your mind, then having a few words different can be a mind game. But it’s good. It’s what we are used to. It’s exciting because you get to do those things. It’s very collaborative.

It’s a cool show for me. There have been some other shows I have been involved with that have depicted teenagers in a stereotypical way. Emma is based on real people and stories. I feel lucky to play her, because people go through what she has to go through.