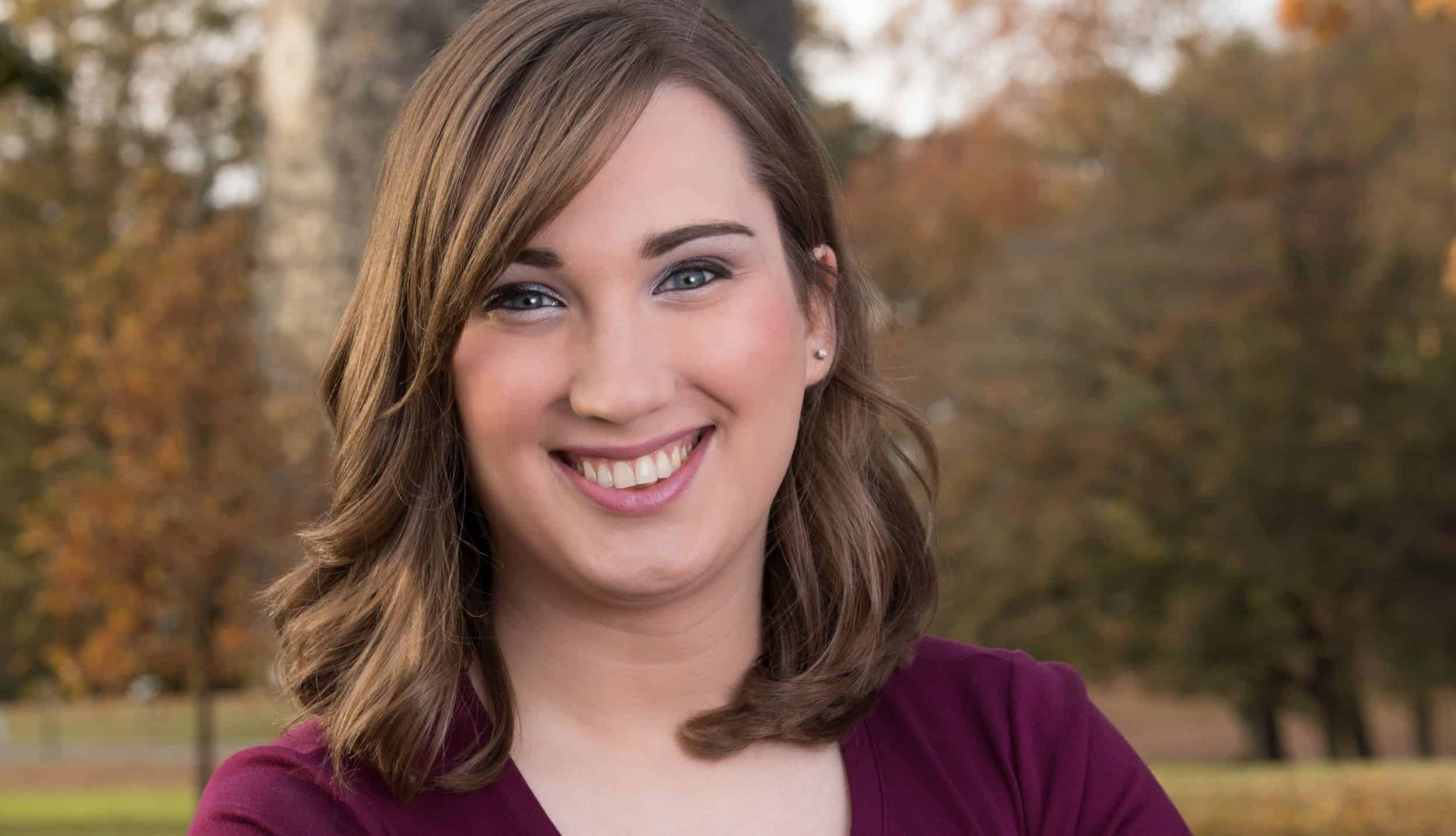 Sarah McBride has been a lot of firsts.

Her book tour stops in Atlanta this month, where members of the public are invited to hear passages from “Tomorrow Will Be Different: Love, Loss, and the Fight for Trans Equality” and speak with McBride about her career.

“We’re really excited to see her rise,” said ER Anderson, owner of Charis Books and More, which organized the event. “It was really important that she was the first trans person to speak at the Democratic National Convention. To be so young and have done that, as eloquent and awesome as she is, we’re really excited.”

McBride will not only have the chance to talk about her book, but also the state of affairs, said Ryan Roemerman, executive director of the LGBT Institute.

“It really is just open to the public, and I really think folks will find it interesting to hear from someone who has done as much as Sarah has,” he said. “I hope that they start taking a sense — based on her view nationally — that the work that we’re doing locally can impact national conversations.”

“We really want straight, cis-gender people who have never really thought about trans issues or maybe don’t ‘agree’ with trans issues, to check out her book because it’s really accessible. She’s trying to tell her story and be herself. She writes a really compelling story of trans dignity in this moment when the Trump administration is trying to dehumanize trans people in really aggressive and violent ways.”

As national press secretary for the Human Rights Campaign, McBride has plenty to say on that front. 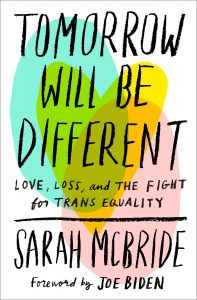 McBride grew up in Wilmington, Delaware, and knew from a young age that she was transgender. Not having any transgender role models, however, she felt it was impossible to live her truth and pursue her dreams simultaneously. In college at American University, McBride was elected student body president, and decided it was time to be true to herself.

“I knew AU was progressive, but at that point as far as I knew, there hadn’t been any out transgender student body presidents at a four-year institution,” she said. “The campus responded with nothing but love and support, and that experience I think for me really highlighted my own privilege: the fact that for far too many transgender people and LGBTQ people at large across the country, the reality that I was facing a supportive family and an affirming community wasn’t their reality.”

And so her journey began. McBride resolved to fix that, and make her privilege a reality and a right for every LGBTQ person.

“There’s no question that politics is the intersection where every aspect of life converges and where change is not just possible on some issues, but on all issues,” she said. “I have a great job right now and I feel like I have the incredible privilege of being able to advocate and push forward issues that I care deeply about. … Growing up I loved politics and I admit that my dream growing up was to be president of the United States.”

She has no plans to run for office at the moment, but knows from experience that sometimes, life has a way of intervening when people have plans. That’s something she hopes to get across in her book.

Andrew Cray was a transgender man and fellow advocate of McBride’s. The two met fighting for equality, and fell in love. Nothing could stop their story, not even Cray’s fight with cancer that took his life just four days after they married.

“He was an incredible human being; was just a brilliant mind and an unparalleled sense of humor,” McBride said. “He asked me to marry him when he found out that he didn’t have much time left and of course my answer was yes. Three weeks after he received the terminal diagnosis, we married on the rooftop of our building in front of our friends and family.”

Their love story was profoundly transformative.

“It underscored for me that every single day matters when it comes to building a world where every person can live their life to the fullest,” McBride said. “It really lit a fire under me.”

In the hardship of losing Cray, McBride also found hope: her husband lived long enough to marry her; her family rallied to make their wedding happen. Similar “acts of amazing grace” were also evident for the LGBTQ community during the first year of Donald Trump’s presidency, and it’s the combination of these factors that led her to go from advocate to author.

“I see these acts of amazing grace that exist around us every day. I know that nothing, not even death, can silence our voices,” McBride said. “As heartbreaking and bittersweet as my relationship with Andy has been, as challenging as this advocacy has been over the last several years, I truly believe that with hard work, I can make more tomorrows better than today.”