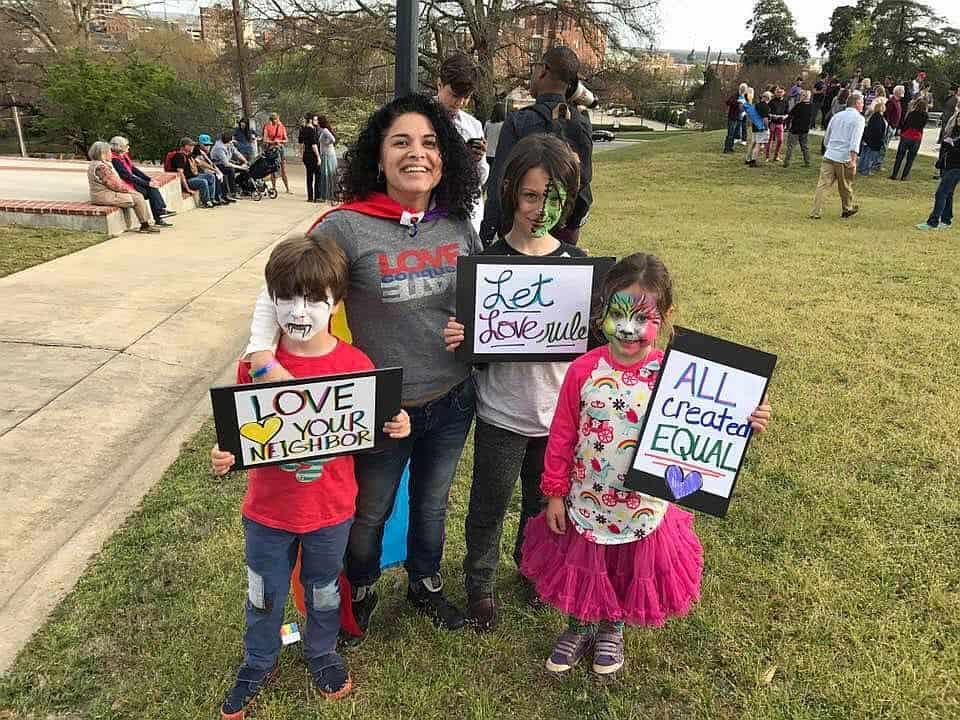 When it comes to having comprehensive non-discrimination laws, Georgia demonstrates a bias. The 2018 March on Macon aims to change that.

The organizers label the happening as a “public demonstration/civic engagement event” to voice disagreement with the Georgia Senate’s recently-passed Senate Bill 375. The event begins at 2 p.m. on March 10 at Coleman Hill in Macon. This year’s March on Macon is a successor to the 2017 event of the same name.

SB 375, the “Keep Faith in Adoption and Foster Care Act,” allows adoption agencies to bar same-sex couples from their services, based on religious beliefs. The proposed bill also disallows the Georgia Department of Human Services from disciplining those same agencies.

The bill was originally introduced by Sen William Ligon (R-Brunswick), who added similar language to the adoption overhaul House Bill 159 at the end of last year’s legislative session, causing the bill to stall. That language was stripped from HB 159 early in this year’s session, passed both chambers and was signed into law by Gov. Nathan Deal in a ceremony Monday at the Capitol. After some time in sub-committee, the SB 375 was passed out of committee on February 20. On February 23, the Georgia Senate passed SB 375 by a party-line vote of 35-19. It now awaits consideration in the House.

The March on Macon is not the first demonstration against SB 375. On March 1, a crowd of approximately 200 people congregated at Central Presbyterian Church, across from the Georgia State Capitol. The gathering — titled “Rally To Stop SB 375” — was organized by Georgia Equality, an LGBTQ organization.

According to March on Macon organizers, the event’s immediate purpose is to “demonstrate our desire to see our shared values more accurately represented in our local and state laws.” The long-term goal is “to establish the Macon-Bibb County as a beacon of equality, equity, enlightenment and justice in the Middle Georgia region.” The schedule for Saturday includes the march proper, a rally and a meet-and-greet with local representatives.

“This is the first anniversary of the March on Macon,” said Bentley Hudgins, an organizer for both marches. “Last year, we were successful in our efforts to garner an LGBTQ+ amendment to the ordinance concerning nondiscrimination policies for public employees.”

Although Hudgins stated that stripping the anti-LGBTQ language from HB 159 this year “was a step in the right direction,” he added that “it was merely the beginning of a movement to ensure the liberties of all Macon’s citizens, regardless of who they love, how they identify, whom they worship, the color of their skin, or any other societal constraints that limit the human spirit through arbitrary labels.”

Hudgins said that the event would be sponsored by the Macon-Bibb NAACP, Lambda Legal and Georgia Equality, and that local elected officials and faith leaders would be speaking.

He also made a point of discussing the presence of “young voices,” which he called “the future.”

“Grassroots, integrated advocacy has been proven to be an incredibly effective method of community organization,” Hudgins said. “Why? Rather than ideologies or organizational bodies, the faces of community members are at the forefront of our movements.”

Hudgins said that the rise of social media had created an important public space for digital outreach, for organization and communication. This allowed “for the exchange of ideas to happen at a much higher rate.”

“The South is seeing a shift in our newer generations,” Hudgins continued. “We expect to see our governments and communities to be assured that everyone is guaranteed the equity, equality, and justice promised to us by our forefathers, and fought for by the leaders of our past. We have been lifted up by the words of these leaders, and grounded by the sacrifice of their courage.”

A previous version of this story mentioned the ACLU of Georgia being a sponsor, but march organizers told us that is no longer the case.