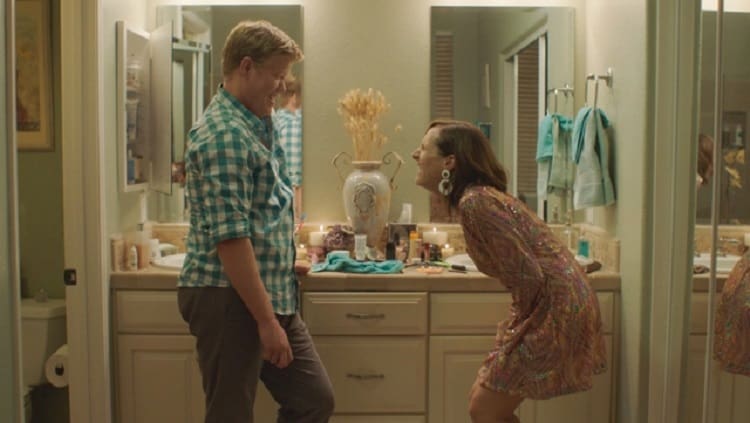 The meteoric rise of Chris Kelly has astounded a host of entertainment observers and critics. He’s gone from being a writer for the since-cancelled satirical news show “The Onion News Network” to sitting at the drawing board of Lorne Michaels’ late night behemoth “Saturday Night Live,” giving life to timeless sketches like The Beygency and the hilarious US presidential debate cold opens. Just last month, Kelly was promoted to the post of co-head writer for “SNL,” making him the first openly gay head writer behind one of the mightiest bastions in comedy.

The 33-year-old Sacramento, Calif. screenwriter is also making a big splash in the world of cinema with his directorial debut “Other People.” Starring “SNL” alum Molly Shannon and Jesse Plemons, this dramedy, which premiered at this year’s Sundance Film Festival, is loosely based on Kelly and his late mother — and it is wowing critics and film lovers alike. Shannon is also being lauded for her performance as Joanne, a wife and mother of three suffering from cancer. There’s already plenty of rumblings out there of her potentially landing on the short list of Oscar nods.

Atlanta will get its chance to see the acclaimed film at the 29th annual Out On Film Festival, where programmers have selected it as the Oct. 6 closing night film. In my conversation with the talented writer/director, we discuss his new post at “SNL,” the making of “Other People” and the importance of LGBT film festivals like Out On Film.

You along with your writing partner Sarah Schneider were promoted just a month ago to being co-head writers on “SNL,” making you the first ever openly gay writer to be in that post. How excited are you about that?

It’s exciting to be the head writer and it is a huge compliment. I know I wanna do a good job personally and for Lorne [Michaels] and the show, so it’s a huge honor and I’m very flattered and excited. I hope I’ll do a good job.

“Other People” premiered at Sundance, a feat that’s almost impossible for most first-time film directors. Were you at all surprised by it being picked up by Sundance?

Oh yeah! I had no expectations. It was a huge surprise. When I wrote the script four or five years ago, I never had any intention that it would get made, so every step of the process was very exciting. The very fact that actors were gonna do it, and then producers got on board, and we got to shoot it, and then it turned out well, and then Sundance — every step was such a huge, cool surprise.

A lot of people are already talking about Molly Shannon being an Oscar contender. What are your thoughts on that?

All of the attention and the write-ups she’s been getting for her performance are so lovely, because she’s incredible. I knew from day one…that she was going to give an incredible performance. And so it’s so cool now for other people to be seeing her and in that sense, agreeing.

What prompted you to write a screenplay loosely based on you and your mother?

The best way to put it is it’s not 100 percent autobiographical, by any means. Basically, the core of the movie is about my mother and the time I spent with her. When I wrote the script, I reflected back on that time and I wasn’t trying to do a scene-by-scene re-creation that year. There are some things that are true-ish and there are some things that are fully made up. So I think people should look at the movie less as a documentary about my life and more of a fictional version of some true things about my mom and what she taught me.

How difficult was it for you to blend comedy and this level of drama together for the feature?

It wasn’t too hard, just that I was writing from what I know and writing from a personal experience of being home with my mom. My mom was funny, so was my family, and a lot about that year was funny. It wasn’t sad 24-7.

Reliving your mom’s passing while writing, directing and shooting this film, was this like a moment of emotional healing for you?

I guess the answer is yes and no. People have asked me this before: Was this cathartic? And I don’t personally feel like I had demons that I needed to get under control by writing this movie (laughs). Obviously there were a lot of hard days on the set while recreating some of the sadder moments of that experience, but it was sort of nice and lovely. The cast was so great, the crew and my producers were so supportive. It was a nice way to remember my mom and to put some of the things she taught me on screen.

How important is it for LGBT film festivals like Out On Film to exist today?

I think it’s incredibly important. Just the very fact that they showcase stories that may not be showcased otherwise. Obviously there are some LGBT movies that also play at non-LGBT-centric film festivals, but the more, the better. We need more stories and more storytelling. There’s also a nice sense of community.