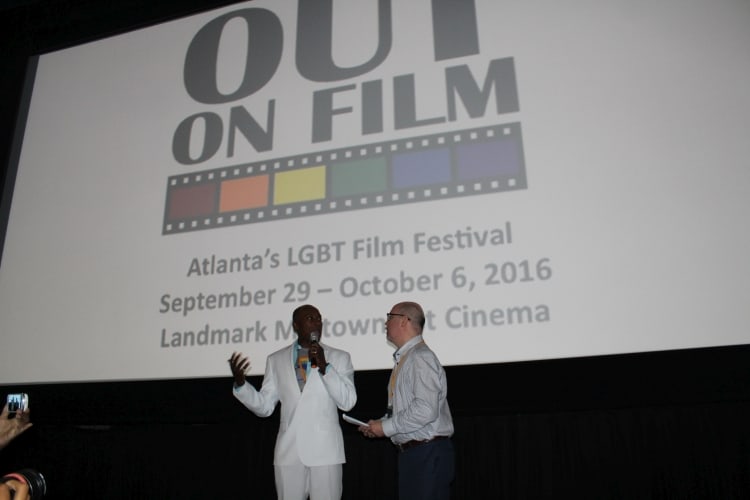 Atlanta LGBT film festival Out On Film kicked off its 29th year Thursday night with the much-anticipated documentary “Strike a Pose.” The film, which profiles the dancers from Madonna’s Blond Ambition tour 25 years later, drew applause, laughter and tears throughout the screening as the six surviving men (five gay, one straight) recounted their journeys from worldwide stardom to trying times in the years since.

Out On Film organizers had a treat in store as well with one of the film’s dancers, Carlton Wilborn, in attendance to take part in a well-received Q&A done by Eldredge ATL’s Richard Eldredge. Wilborn then brought out one more special guest: Niki Haris, a well-known backup singer for Madonna from 1987 to 2001 who’s had several club hits of her own since. Wilborn opened up about hiding his HIV status and more in this Georgia Voice interview.

Out On Film continues today through next Thursday, closing with “Other People,” starring Jesse Plemons and Molly Shannon. Check out the top 10 bestselling Out On Film selections Atlanta movie buffs are excited for, film reviewer Steve Warren’s rundown of the lineup, an interview with “It’s My Party” director Randal Kleiser, our AM1690 interview with festival director Jim Farmer and the initial lineup announcement. Tickets available at www.outonfilm.org.