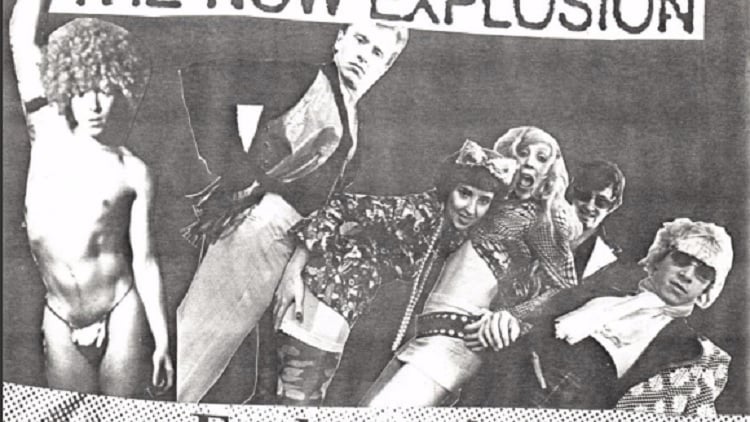 Go back in LGBT Atlanta time with this exclusive ‘zine

One of the many intriguing screenings on tap at the 30th Annual Out On Film festival is “Three Decades of Queer Atlanta: The American Music Show,” happening Sunday, Oct. 1 at 1 p.m. at the Landmark Midtown Art Cinema and curated by Matthew Terrell. Never heard of “The American Music Show”? Allow the organizers to fill you in:

During the 80s, 90s, and early 2000s, Dick Richards, along with Potsy Duncan, James Bond, and Bud Lowry, provided a safe space on Atlanta cable television for alternative artists—too alternative for the alternative scene—to promote their careers and have fun doing it. The American Music Show gave the world the first peek of RuPaul, back when she was just starting out in the underground clubs in Atlanta. TAMS featured performers such as Lady Bunny, Jayne County, John Sex, The Now Explosion, and others who made their mark on queer and mainstream culture. Even though TAMS offers a glimpse into Atlanta’s not-too-distant past, the Atlanta Dick Richards captured on video is a world away from the one we see today. Visit RuPaul’s midtown home at Juniper and 11 Streets—a ramshackle old house where now stands a high-rise. Tour the cruising areas of Piedmont Park in 1983, and witness the social rituals of picking up a trick first hand. Often, the world of TAMS seems like a surreal hallucination induced by the Southern heat—such as their commercial for a trailer park where “every unit is a double wide and they done fixed up the community room.” The Majestic Diner, Atlanta Airport, and Lenox Mall all look familiar enough for modern viewers to connect to.

Those who attend will leave with a free ‘zine featuring material from “The American Music Show.” We’ve got an exclusive sneak peek though with this vintage Oct. 1986 issue of the Funtone ‘zine.