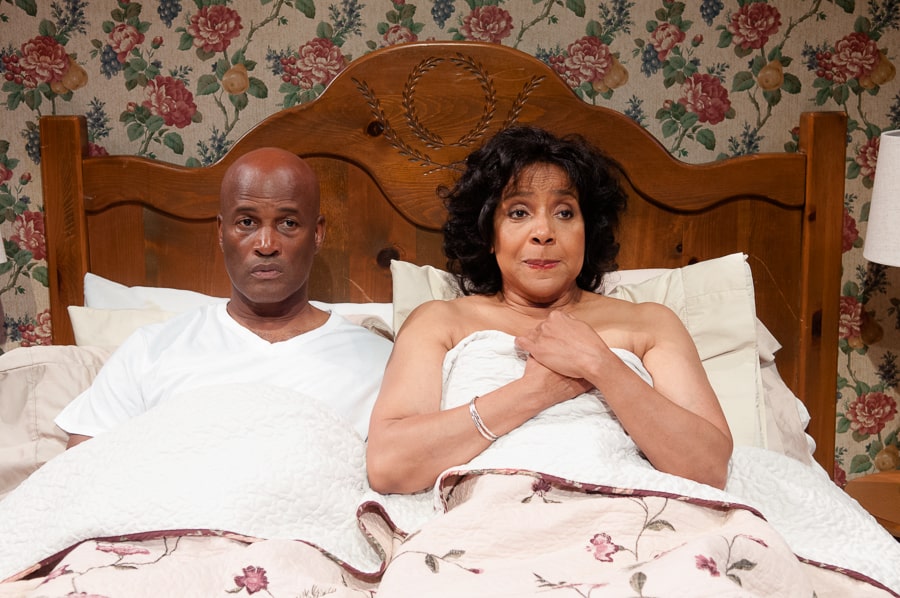 As the co-founder of Actor’s Express, Chris Coleman watched his company grow to become a theater force. He eventually left Atlanta 14 years ago to take a job as the artistic director of the Portland Center Stage, but he’s returned for a directing gig in the just-opened “Same Time, Next Year,” courtesy of True Colors Theatre Company.

Bernard Slade’s 1975 play charts the story of Doris and George, who meet in 1951, start an affair and return to the same place annually to be with each other. Oh—and both are married and have children. This version has a high-octane cast—Phylicia Rashad and Kenny Leon, the True Colors artistic director who won a Tony Award recently for directing “A Raisin the Sun” on Broadway.

Coleman, who is gay, had never read or seen the play before being contacted. “I knew the title,” he said. “It was written in 1975. I was in high school when it came out. At first I thought, ‘What an unusual choice for Kenny.’” But as Coleman read it, he became aware of its deceptive power.

“I think it’s smartly built,” he says. “It seems very simple, but so much of it is about how the country is transforming and particularly how women’s roles are transforming. So much of the journey is Doris’ growth, from a woman who got pregnant and had to drop out of high school—with not much sense of her own worth—to a college graduate and successful business woman. (Slade) has created a dilemma in each scene that is potent emotionally and comic dynamite.”

On the first day of rehearsal, Leon was in rehearsals for his new musical and couldn’t make it, leaving Coleman and Rashad to bond. “We wound up talking for a few hours,” he said. “She is a very bright woman, very insightful, and sees all the layers and knows what this woman is struggling with. What is easy for Phylicia is her strength and intelligence.” What the two had to work on were the early scenes where Doris hasn’t developed her self-worth yet.

Coleman and Leon have kept in contact via email sporadically since Coleman left Atlanta. He had reached out to Leon a while back about starring in one of this plays but the scheduling didn’t gibe. The two often collaborated in Atlanta when Leon was at the Alliance Theatre. “We both worked with each other and directed each other,” said Coleman. “We have had a good sense of each other’s sensibility.” The directing invite came out the blue, though, Coleman recalls.

Has Leon become a diva since he won the Tony? “No,” Coleman laughs. “As with all of us, as we age we become more ourselves. And what I’ve observed—there has always been the charming, charismatic public side he can summon and share. When you are one- on-one, he is quiet and reserved. He doesn’t speak unless he has something to say.”

This is the first time Coleman has returned to Atlanta to direct a show since he moved. “Freddie (Ashley, the current Actor’s Express artistic director) has reached out to me a couple of times and the timing has never worked,” he says. “But who knows?”

He is immensely proud of the fact that Actor’s Express is still around and vital. “You never know when you leave something that you started if it’s going to find its own,” he says. “I know it was a struggle for a few years to find the right leadership but the thing I am proud of and admire is that not only is it alive; it is certainly not the same theater I was running, but it’s still very much itself. It has its own personality.”