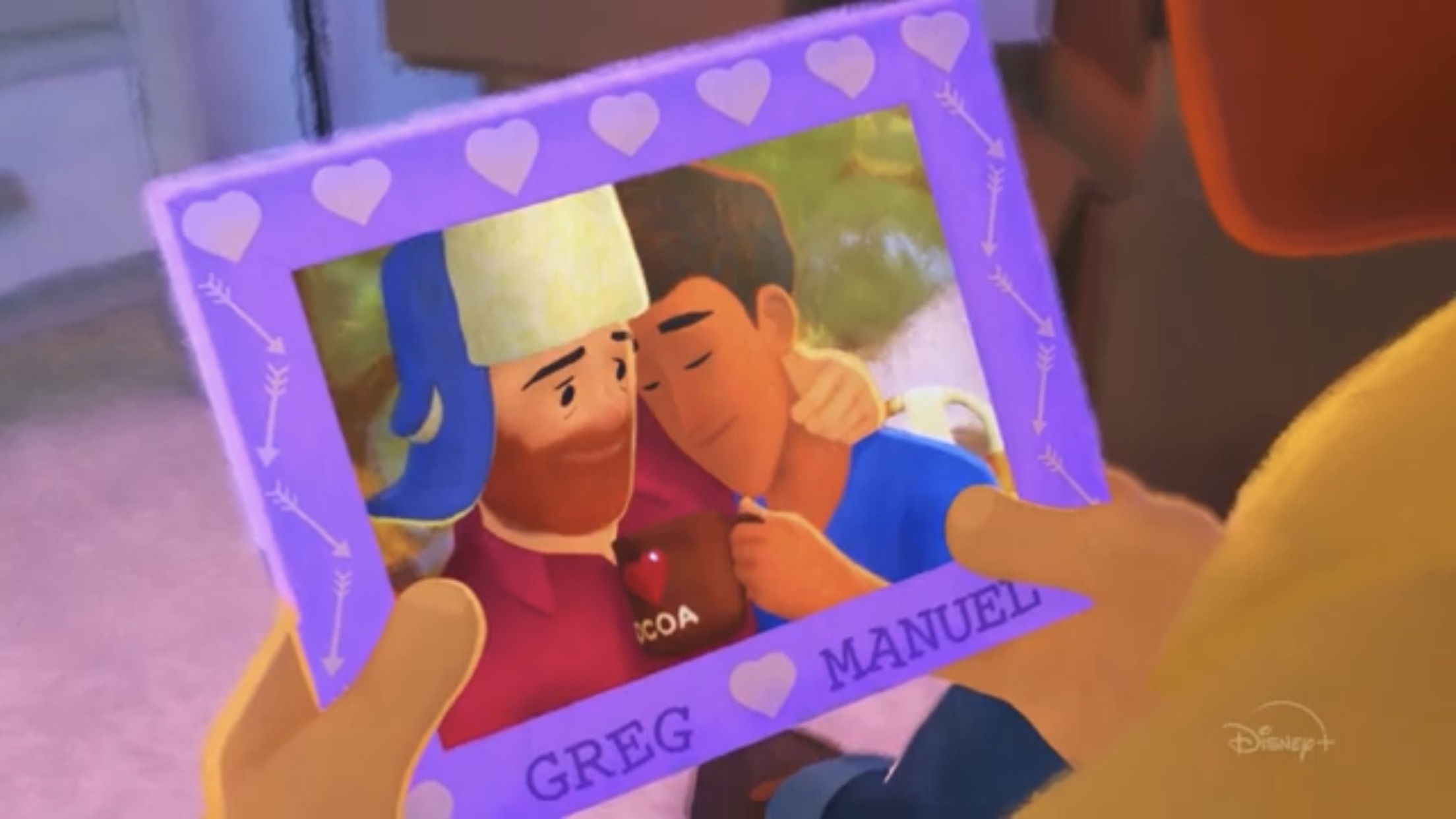 A new animated short film about a man coming out to his family that premiered on Disney+ yesterday (May 22) is the first Pixar movie to have a gay lead character, according to Out.

The trailer to the film, called Out, follows Greg as he builds himself up to finally come out to his visiting parents. He looks at a photo of him with his partner, Manuel, and says to himself “Just look them in the eyes and say, ‘Mom, Dad, I’m…’” when he’s interrupted by his parents ringing the doorbell.

When his parents visit him at his apartment to help him move, Greg tries to hide the evidence of his relationship, but his pets encourage him to tell the truth.

The film, which is part of Pixar’s Sparkshorts series on Disney+, was directed by Steven Clay Hunter, the animator behind Finding Nemo and WALL-E, and produced by Max Sachar, known for his work on Coco and Toy Story 3. It is reportedly based on a true story.