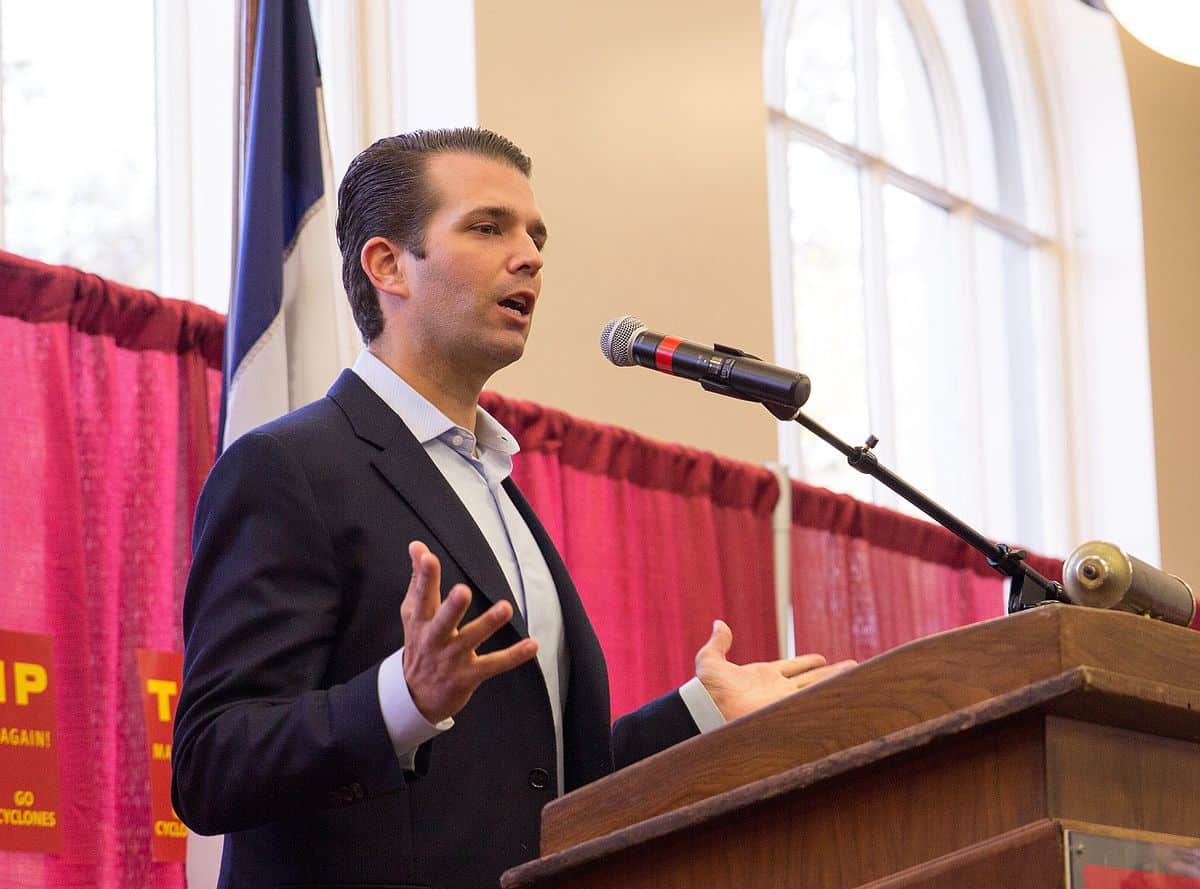 Donald Trump Jr. Mocks Transgender People and Me Too Movement at Conservative Conference

Trump Jr. spoke with the president of Liberty University, Jerry Falwell, and his wife Becki when the topic of the couple’s new granddaughter led them to discuss transgender people.

Becki Falwell discussed how “presidential” her granddaughter’s name – Reagan– is, prompting the president’s son to comment on how Trump will also be a presidential name. When Falwell said that Trumps isn’t the “most feminine” name, Trump Jr. joked they could “take a page out of the liberal playbook” and “identify how we want.”

“By the way, she is a daughter, she’s our granddaughter, and we’re raising her as a girl,” Falwell said, to which the crowd cheered. “We’re not letting her have a choice.”

“There will be outrage tomorrow that you decided for her,” Trump Jr. replied.

“It’s God – God makes the choice what babies are going to be,” Falwell said. “God decided she would be a girl.”

Her husband jumped in, saying, “You don’t have to raise them as a girl, she’s got a little baby doll right under her arm every second, and my boys always had guns in their hands.”

Trump Jr. joked, “Hashtag me too.”

At CPAC, Don Jr makes a "me too" joke while discussing guns and transgender people pic.twitter.com/ubdGv4ynPv

Many people criticized the jokes made by the panelists on Twitter.

Repulsive! Theologically a child is predetermined before conception. God designs the body and the soul. What drives me is not the container of my body but my conscience, my soul. A transgender child is informed by his/her soul. Skip Pardee: https://t.co/vSbbrAFryC via @YouTube

Their ignorance and arrogance is appalling

Trump Jr. has both mocked and criticized the transgender community before. In January, he shared a transphobic meme to Instagram and last week, he called two transgender athletes taking the top spots in a Connecticut high school track championship a “grave injustice.”