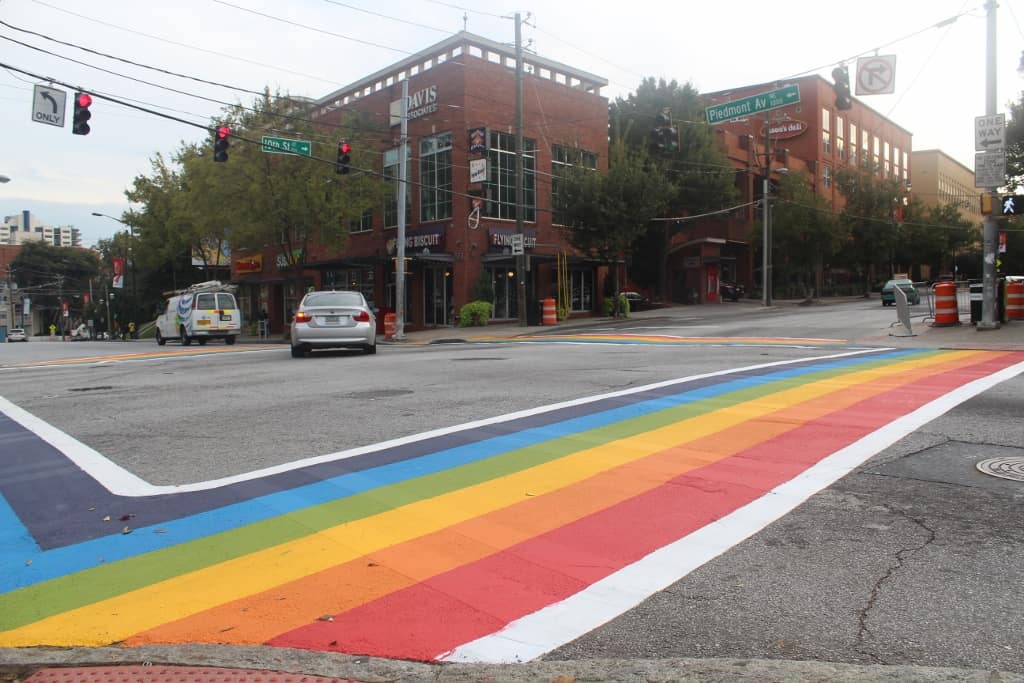 A crew of painters took over the intersection of 10th and Piedmont Thursday evening to bathe the crosswalks in the colors of the Pride flag, making the Atlanta Rainbow Crosswalks project a reality.

The project’s founder, Robert Sepulveda, Jr. was on hand to paint a ceremonial stripe before the painters took over, working all night to finish the assignment. While the rainbow crosswalks will need to be removed by Oct. 16, Sepulveda’s goal is to eventually make it permanent.

$44,000 was raised for the project thanks to donations from the community, which has led to some criticism from those who believe the money could be better spent for other LGBT causes—the most frequently mentioned potential recipient being LGBT homeless youth organization Lost-N-Found Youth.

But most seem to be embracing the project, with a crowd gathering to watch the installation Thursday night and people spotted throughout the day Friday taking pictures and sharing on numerous social media accounts. And of course on Sunday afternoon, the intersection will likely be the most packed spot on the Atlanta Pride Parade route again—this year with a little more flair.