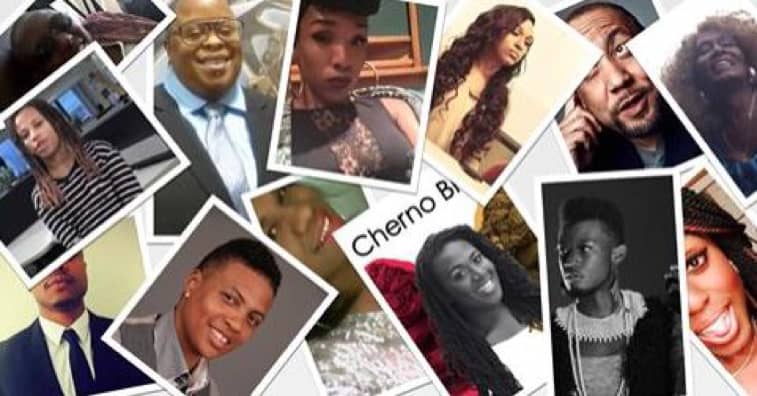 Following in the footsteps of Marsha P. Johnson, Miss Major, and many others is an amazing and diverse array of black trans activists. Many are aware of today’s advocacy titans — Laverne Cox and Janet Mock — but there are many black trans people who round out their endeavors with grassroots and on-the-ground work. We couldn’t name them all, but here’s a list of black trans activists who our “transcestors” would certainly be proud of!

Dee Dee Chamblee has walked with authenticity hroughout her more than 20 years of community-based organizing in Atlanta and the rest of the South. Her work encompasses mass incarceration of marginalized folks, HIV and AIDS outreach and research, and trans mentorship and leadership. She is the executive director of LaGender Inc., a trans advocacy group and helped create the first trans person of color internship with Solutions Not Punishments Coalition in Atlanta. Her work has resulted in her being honored as a Champion of Change by the White House. This year she helped launch Positively Trans, a campaign for trans women living with HIV or AIDS, with the Transgender Law Center.

As a black Cherokee transmasculine two-spirit activist, Holiday Simmons advocates for numerous communities every time he steps into a room. With over 20 years of activism under his belt, Simmons works tirelessly in his day job as the director of community education and advocacy for the Southern Regional Office of Lambda Legal and as an organizer on the ground in Atlanta, drawing on his expertise in social work and education. Simmons also regularly facilitates workshops and panels that center on trans voices and experiences.

Atlanta-based activist Cheryl Courtney-Evans continues to never miss a beat. Upon moving to the city in 1979, she gained certification as a transgender peer counselor through a U.S. Conference of Mayors grant program, starting her down a long road of trans advocacy.

Her blog, A Bitch for Justice,chronicles her much sought-after opinion on topics including trans issues and politics. In 2007 she cofounded Transgender Individuals Living Their Truth) the first transgender support and advocacy organization in the Atlanta area to welcome trans men as well as trans women. She facilitates workshops, sensitivity trainings, actions, and lobbying days.

Tracee McDaniel has been a staple of the Georgia LGBTQ community for years. She is the founder of Juxtaposed Center for Transformation, an advocacy, consulting, and social services referral organization for the transgender and gender-nonconforming community in Atlanta. In 2007 she became the first trans person to be invited to deliver the keynote speech at the annual Martin Luther King Jr. birthday celebration march and rally. McDaniel is the lead organizer for Atlanta’s official Trans Day of Remembrance service and is a member of the Atlanta Police Department’s LGBT Advisory Board and Mayor Kasim Reed’s Working Group on Prostitution. In 2014 she released a memoir, Transitions, that’s all about her life as a southern black trans woman and advocate. This year she was honored as a grand marshal for the Atlanta Pride Festival.

Micky Bee-Based in Atlanta, this transfeminine mover and shaker continues to expand the definition of gender for everyone she encounters. For years, she has led rallies and actions that often focus on the plight of black trans folk. Her work as an advocate for those living with HIV or AIDS continues to raise awareness of the epidemic and the people most at risk. As a performer, she effortlessly intertwines social justice, activism, and art as a means of critical resistance to oppression. She is also a cofounder of Southern Fried Queer Pride, an inclusive and intersectional queer pride festival held in Atlanta.

As a community organizer and SisterSong member, Cazembe Jackson is a preeminent force on the southern activism scene. He is also a major activist in the Black Lives Matter movement, making sure that black trans women’s voices are always elevated. Jackson’s work isn’t limited to black trans activism; he also is a leading advocate for child care workers with #FightFor15, an organization and campaign seeking a living wage for these workers.