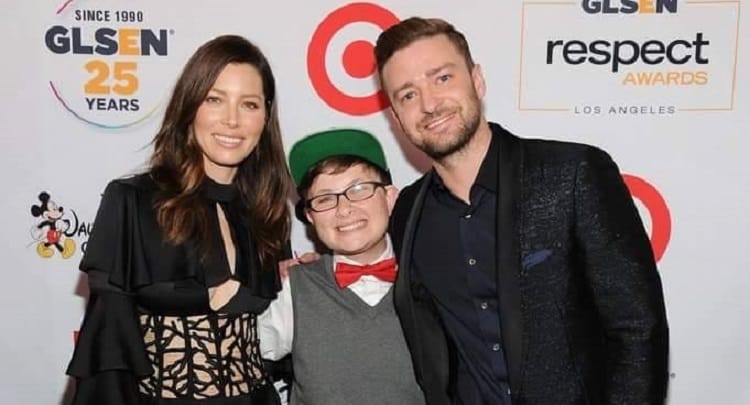 Nashville, Georgia teenager Mars Hallman just had the weekend of a lifetime in Beverly Hills as they were honored by GLSEN (Gay, Lesbian & Straight Education Network) as Student Advocate of the Year at the group’s 2015 Respect Awards.

The 16-year-old had their first plane flight, got a standing ovation after their acceptance speech, and oh yeah, hung out with stars like Justin Timberlake, Jessica Biel, Julia Roberts and openly gay “The Big Bang Theory” star Jim Parsons at the Oct. 23 event. Timberlake even name-checked Hallman twice during his speech accepting the organization’s Inspiration Award with wife Biel.

You first read about Hallman’s fight to get a Gay-Straight Alliance (GSA) at their high school in Georgia Voice. Hallman, who recently came out as non-binary and uses they/them pronouns, eventually succeeded despite opposition from some school administrators and local faith leaders, and as president of Berrien High School’s GSA is working on adding gender expression to the school’s bullying policy and adding a gender neutral restroom. GLSEN took notice of Hallman’s efforts and announced the honor earlier this month.

Here’s a chronicle of Hallman’s big weekend via the social media accounts of Hallman, their mother Beth, Timberlake, GLSEN, Google Talks and others.

Some pre-flight jitters in the days leading up to departure for L.A.

Nervous about the plane ride, proud to represent my community! #GLSEN #GetReadyLA

But all smiles on the plane with mother Beth, who writes, “We’re havin’ so much fun, cause it’s real now. The whole trip is real. As we’re boardin’, the kid is freakin’ out over little things and her excitement makes me happy deep down in my soul.”

Now safely on the ground and checked into their hotel, Mars meets GLSEN staffers Symone New and Jade deShong-Logan. “We flew all the way to Los Angeles. We’re eatin’ supper at swanky restaurant in The Beverly Hilton. There’s my kid bein’ who they are. No rejection, bigotry, or intolerance,” Beth writes. “This is what the middle-Little works for in our Lil’ Nashvegas, for all kids to be able to be who they are so fully. Even now, I’m cryin’, y’all.”

At Google headquarters for a live Google Talk with YouTube star ElloSteph.

Mars and Beth are ready for the red carpet.

Mars and another student activist with singer and YouTube star Todrick Hall (center).

Great pic of Mars with their new besties, Jessica Biel and Justin Timberlake.

Mars accepts their Student Advocate of the Year award after being introduced by openly gay YouTube star Connor Franta. The crowd responded to their speech with a standing ovation. GLSEN doesn’t have video of the full speech available yet but here’s a one-minute snippet of it in the meantime.

Timberlake and Biel later accepted the Inspiration Award. Don’t miss the four-minute mark when the pair dons “RESPECT” caps in a nod to Mars (who wore one during their speech), with Timberlake adding “We’re also big Mars fans.” Then around the 7:10 mark, he name-checks them again, saying, “And to the young people, who we are incredibly blown away by tonight…I’m talking to you, Mars…Jess and I share this honor with all of you. Every day, all of you are also standing proudly on the right side of history.”

Timberlake’s Facebook cover photo is later changed to one with him, Biel, Mars and the other student activists on the red carpet. 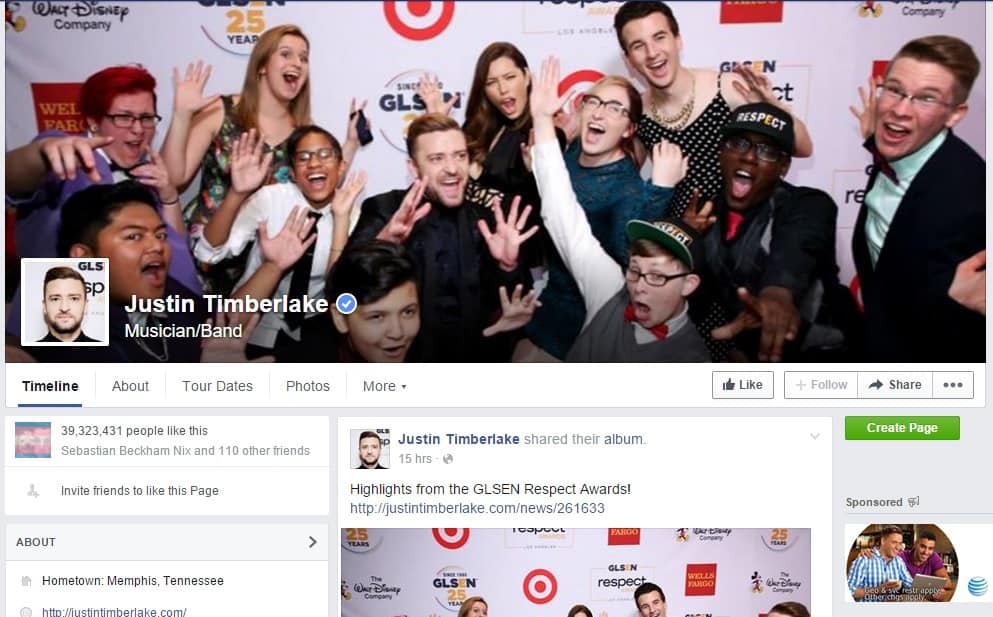 On the flight back home to Georgia the next day. This says it all.